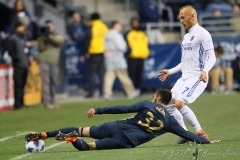 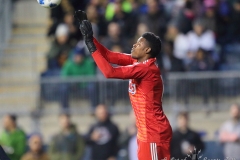 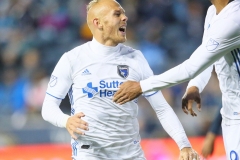 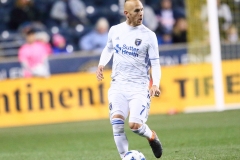 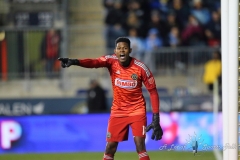 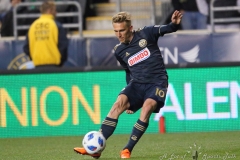 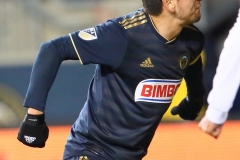 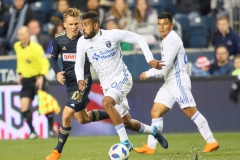 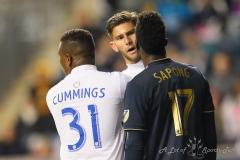 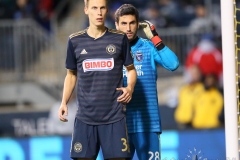 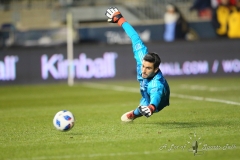 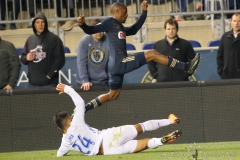 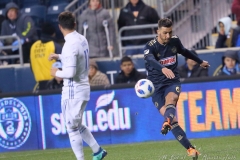 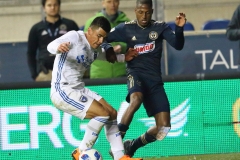 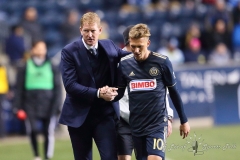 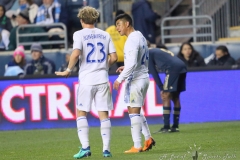 CHESTER, Penn. — After squandering a number of gilt-edged opportunities earlier in the game, the Philadelphia Union were able to come away with a 1-1 draw against the San Jose Earthquakes on Saturday evening after Alejandro Bedoya’s header in the 64th minute evened the score.

The Union created the better number scoring chances of the two teams, with a number of point-blank opportunities being saved by Earthquakes goalkeeper Andrew Tarbell, including a left-footed strike from Union midfielder Borek Dockal in the 11th minute from 10 yards out, as well as a header from Union forward Fafà Picault from the top of the 6-yard box in the 42nd minute.

In between those two shots, San Jose was able to take the lead on a right-footed strike from offseason international signing Magnus Eriksson from just inside the penalty area that beat Union goalkeeper Andre Blake in the 37th minute.

Philadelphia were stymied once again by Tarbell with a couple of more diving saves, but finally broke through in the 64th minute, when Picault found a streaking Bedoya with a cross into the box, and Bedoya’s header beat Tarbell to give the Union a share of the points.

In second half stoppage time, San Jose defender Harold Cummings was issued a red card following a VAR review after he was found to have swung at Union player Auston Trusty during a Quakes free kick.

San Jose now has four points from four games, while Philadelphia earned its fifth point of the season after its second draw.

As a bonus, our senior photographer, Robert Cole, was snapping away and taking amazing photos from field level at Talen Energy Stadium, located just outside of Philadelphia. There are currently 16 photos in this gallery.