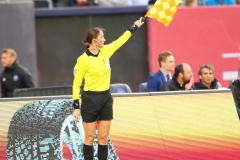 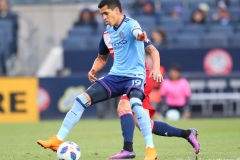 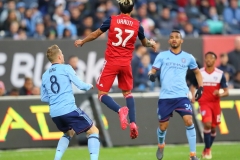 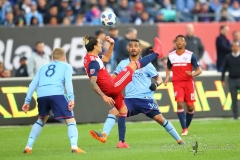 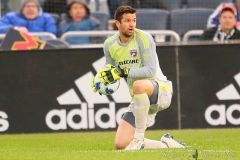 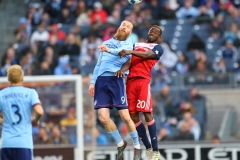 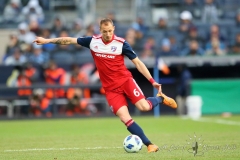 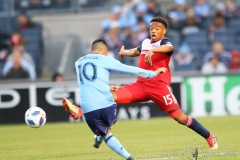 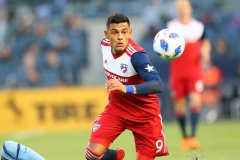 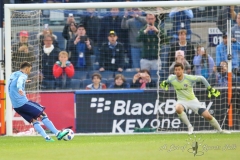 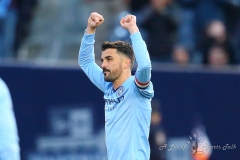 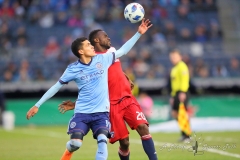 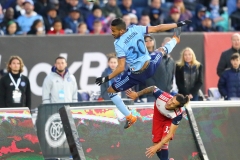 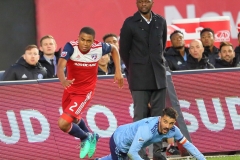 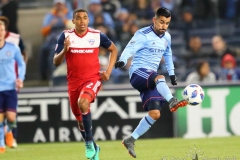 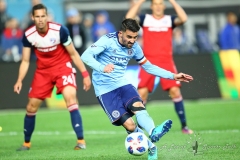 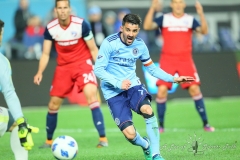 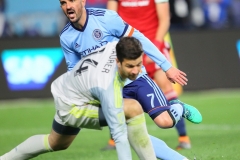 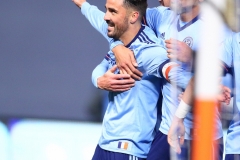 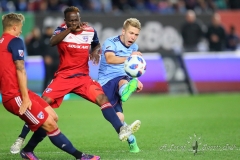 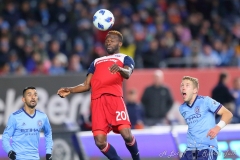 NEW YORK — A footballing legend the size and magnitude of New York City continues to grow for NYCFC striker David Villa as he chased down yet another milestone.

New York City FC ended a two-game winless run with a 3-1 defeat of FC Dallas at Yankee Stadium on Sunday, but the significance of the scoreline lies in two of the goals scored for the home team, as Villa, the influential striker, scored his 400th (and 401st) goal for club and country.

Neither FC Dallas nor an unseasonably chilly evening inside of Yankee Stadium had any chance to ice Villa’s chance to make soccer history. His chance at 400 came from the penalty spot in the 36th minute, after a video review determined that a hand ball had taken place inside of the penalty area involving FC Dallas center back Reto Ziegler. Like many other occasions, whether it be for NYCFC, FC Barcelona, Valencia CF, or the Spanish national team – where he is “La Roja’s all-time leading scorer with 59 tallies – Villa dispatched the spot kick past goalkeeper Jimmy Maurer, joining an exclusive club of soccer legends in the 400 goal club.

As far as the game was concerned, the penalty kick gave NYCFC a 2-1 lead, after fellow NYCFC striker Jesús Medina (3′) and FC Dallas midfielder Santiago Mosquera (10′) exchanged goal within the first 10 minutes of the contest. In the second half, another mistake by Ziegler, a miscommunication with fellow center back Matt Hedges at the top of FC Dallas’ penalty area, allowed Villa to latch onto a long through ball by NYCFC winger Anton Tinnerholm in the 69th minute. With just Maurer to beat, Villa slid a left-footed shot past the keeper and into the left corner of the net to give him a brace on his special evening.

Another star of the evening for NYCFC was goalkeeper Sean Johnson, who made a couple of key saves on point-blank opportunities for FC Dallas in the second half, including one where he came way out of his line to stop Mosquera in the 65th minute to keep the game tied. A few minutes later, Villa’s second tally sealed the win for NYCFC.

*Editor’s note: Above the byline is the photo gallery from Sunday evening’s game, with all photos taken by our senior photographer, Robert Cole. After clicking on the first photo to enlarge the picture, make sure to press the left and right arrow buttons to scroll through the rest of the pictures. There are 21 pictures in total.