NEW YORK — The two standouts of Sunday’s game at Yankee Stadium made sure that the entire 90 minutes went without any team coming away with a victory. At the very least, the two men could find some solace n the wonderful play of their opposite numbers.

Both NYCFC goalkeeper Sean Johnson and DC United goalkeeper Bill Hamid made spectacular saves to keep respective clean sheets for their squads as the teams battled to an entertaining 0-0 stalemate in the Bronx at NYCFC’s 2019 home opener.

“The best player today wasn’t just Sean, it was both keepers,” said NYCFC head coach Domènec Torrent. “We created many chances in the first half and second half and both keepers played amazing. I’m very happy with Sean, not because his job is to stop the goals, but he has improved every single day when we are trying to build from the back especially here at home.”

Johnson probably made the most difficult of saves, denying two glorious chances from DC United midfielder Luciano Acosta, one in each half. In the first, Acosta’s left-footed effort from just inside the box was parried by Johnson in the 10th minute, then Acosta’s second-half strike down the middle of goal was kicked aside by Johnson with his left foot.

“They were all different,” Johnson said about those saves. “The first one was holding your ground as long as possible. The third one was tough, you’re moving one way, he tries to go back the other way, just fortunate I was balanced and able to drop my knee and make a save. But important moments of the match that helped us get a result today.”

Hamid was also impressive, and his two highlight-reel saves also came off of shots from the same player, NYCFC midfielder Alex Ring. Late in the first half, Ring’s long-range shot from outside the box was parried above the bar by a sprawling Hamid. In the second half, Ring swooped in to meet a cross into the box with a diving header, but Hamid was there to stop that as well.

If there was any player who could appreciate Hamid’s acrobatics, it was his longtime friend who also happened to be on the opposite end of the field.

“Bill and I go way back, [since] when we came into the league in 2010,” said Johnson. “We’ve been together along the way, so it was good to see him do well as well. I think it was a solid performance, I think it’s necessary when a team needs big moments, I think it’s important we keep teams off the scoreboard.”

The shots from Ring were two of the six saves Hamid made on the evening as he has recorded a shutout in each of United’s first two games of the regular season.

“We’ve got a great chemistry about us right now, and two shutouts in a row is really good in this league,” Hamid said. “For us we want to keep building on that and not only me, but Sean had an amazing game today too in goal for New York City and I have a lot of respect for him too. I’m just trying to do my job.”

“Probably a coin flip over the course of that game, could of went either way, scrappy stuff typical NYC game,” said DC United head coach Ben Olsen. “The important thing is we got another shutout and we continue to not lose games. This is not an easy place to come and grab something and we did.” 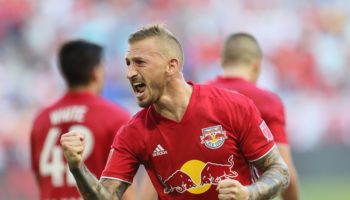 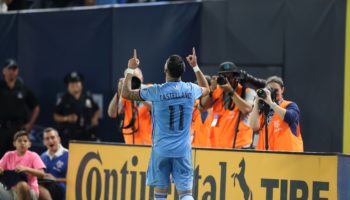