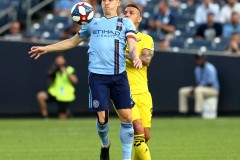 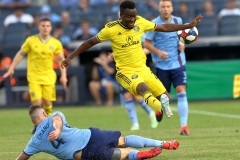 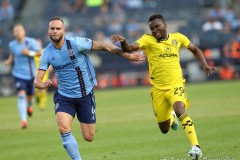 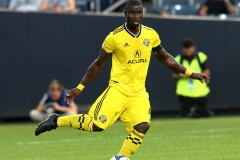 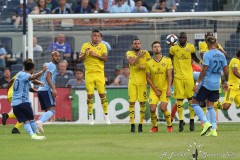 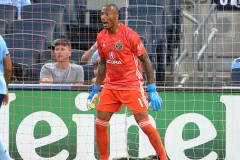 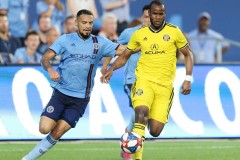 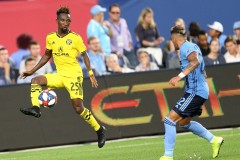 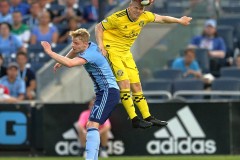 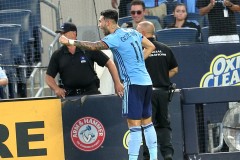 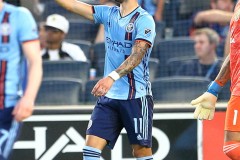 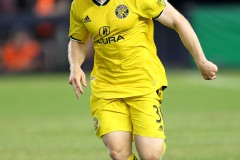 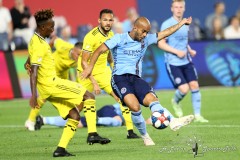 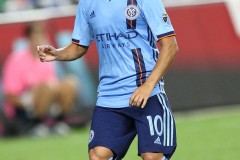 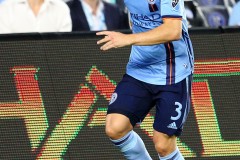 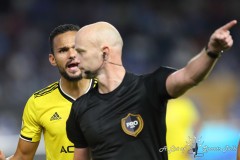 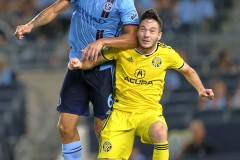 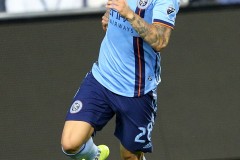 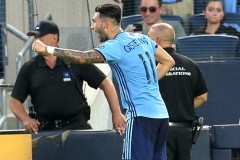 NEW YORK — Right before a date with its blood rival for one of the most important games of this and every season, New York City Football Club did just enough to make sure it was not peeking too far ahead to take care of business before Rivalry Weekend.

Valentin Castellanos continued his rich vain of form by scoring the only goal for NYCFC in its 1-0 midweek victory over Columbus Crew SC, the Cityzens’ second consecutive victory. Sean Johnson held firm in goal, making six saves in earning his 60th career shutout.

NYCFC took control of the game early and often, possessing the ball for over 70 percent in the first half while almost completely shutting off the Crew’s attack in the first 45 minutes. When it looked as if New York would go into the half being profligate with their chances, midfielder Maxi Moralez played an inch-perfect through ball behind the Crew defense and to a streaking Castellanos, who beat goalkeeper Eloy Room in the 36th minute to open up the scoring.

Castellanos’s goal marked his 10th tally overall and his fifth goal in his last four games, coming off of a two-goal effort in last week’s win at FC Cincinnati.

*Editor’s note: Above the byline is the photo gallery from Wednesday evening’s game, with all photos taken by A Lot of Sports Talk senior photographer Robert Cole. After clicking on the first photo to enlarge the picture, make sure to press the left and right arrow buttons to scroll through the rest of the pictures. There are 19 pictures in total.