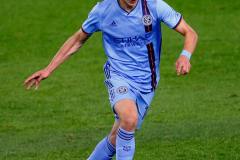 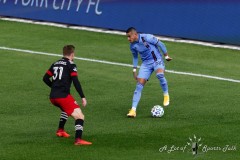 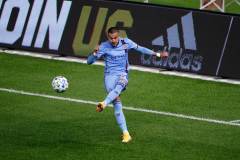 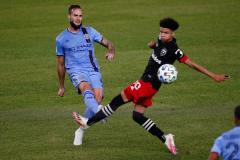 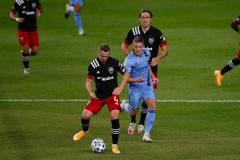 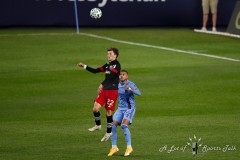 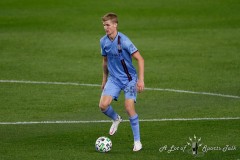 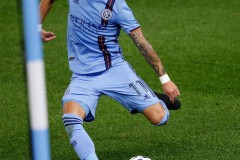 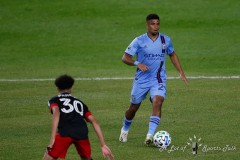 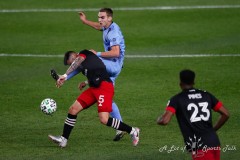 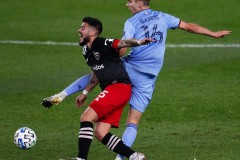 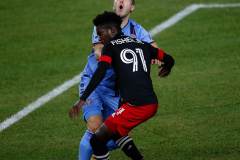 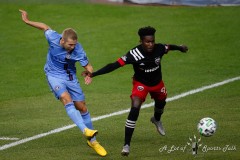 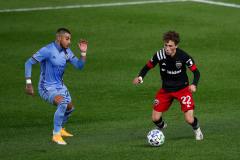 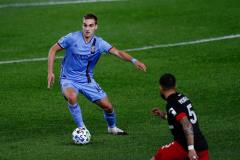 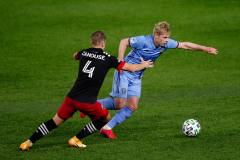 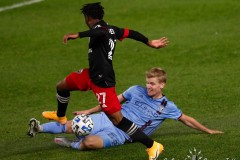 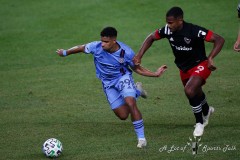 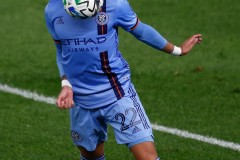 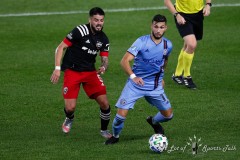 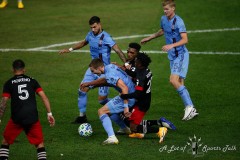 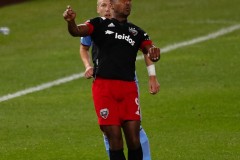 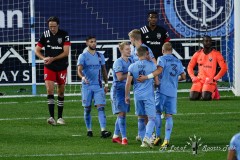 NEW YORK — Along with being back in familiar environs, the best part about New York City FC returning to Yankee Stadium on Wednesday night was carrying over its goal-scoring sprees across the Hudson River.

New York has now won three consecutive games, scoring at least three goals in each of those games — including a 4-0 drubbing of FC Cincinnati two weekends ago in their last “home” game at Red Bull Arena. There were no fans in the stands in any of those games due to ongoing safety precautions amid the pandemic, but New York’s free-flowing, high-scoring form has generated all the buzz needed over the past couple of weeks.

“We have to make our own atmosphere and I think the boys did that really good in the second half today, NYCFC head coach Ronny Deila said. “It can be easy to drop a little bit down and get quiet and we could have had problems today, but we pushed the tempo in the second half and that was good.”

Before the second-half onslaught, NYCFC continued its recent form of getting on the board early, as Castellanos was tripped up in the box on a challenge by United defender Julian Gressel less than two minutes into the game. Castellanos took the spot kick and beat goalkeeper Bill Hamid with four minutes on the clock, which marked the third consecutive game that NYC had scored within the first four minutes of the contest.

Castellanos then gave up a penalty in the 11th minute when he handled the ball while trying to head away a corner kick. Ola Kamara stepped up to the spot and beat NYCFC keeper Sean Johnson to level the contest.

Outside of the DC United penalty, NYCFC thoroughly dominated the game, possessing the ball for almost 72 percent of the match and outshooting DC 31-9. New York’s constant pressure started to toll early in the second half, as an Alex Ring cross in the box hit the forearm of a sliding Axel Sjoberg in the 53rd, giving NYC its second penalty of the game. Tajouri-Shradi powered its penalty through Hamid, who got a firm hand on the ball while diving to his left before the ball caromed into the net.

Tajouri-Shradi got his second of the game in the 63rd minute after toe-poking a beautiful through ball from teammate Anton Tinnerholm past Hamid to double the Cityzens’ advantage. Keaton Parks added NYC’s fourth goal of the game in the 88th minute on a towering header off a cross from the left by Gudmundur Thorarinsson.

Despite the four goals allowed, Hamid was stellar in the DC United goal in making seven saves, with a few of the stops coming from point-blank range.

DC United, which has recorded just one win since the restart of the season, are now losers of four straight and are 0-5-2 in their last seven contests.

*Editor’s note: Above the byline is the photo gallery from Wednesday evening’s game, with all photos taken by A Lot of Sports Talk senior photographer Robert Cole. After clicking on the first photo to enlarge the picture, make sure to press the left and right arrow buttons to scroll through the rest of the pictures. There are 24 pictures in total.