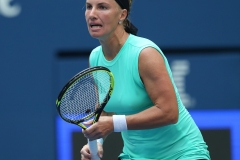 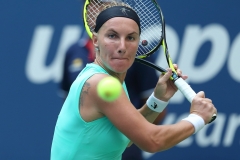 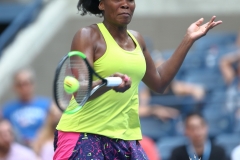 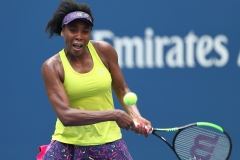 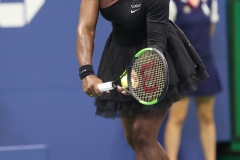 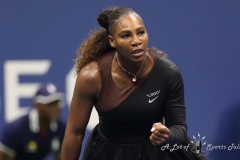 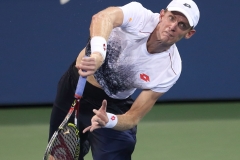 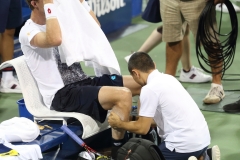 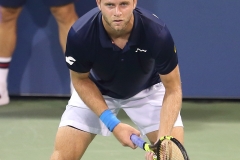 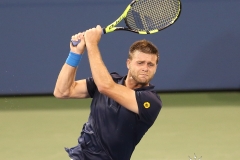 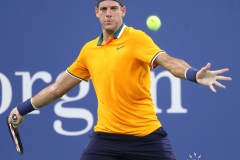 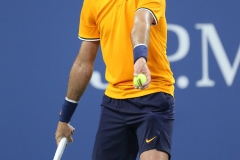 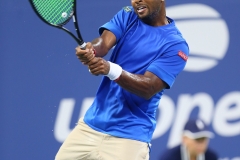 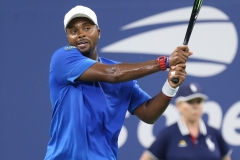 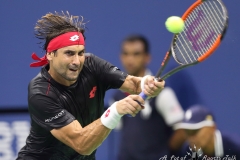 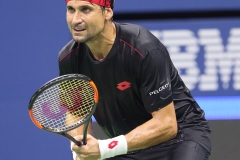 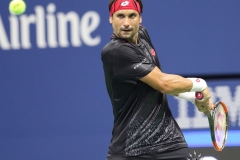 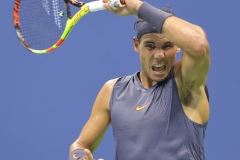 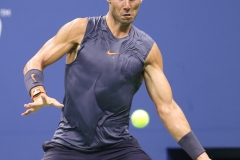 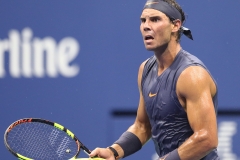 NEW YORK – Though the start of the US Open always is a magical occasion, the onset of the 2018 edition of the final Grand Slam event of the year can truly be described as golden.

This year’s US Open marks the 50th anniversary of one of the crown jewels of tennis, and, once more, it will be our pleasure to roam around the grounds during the fortnight as part of A Lot of Sports Talk‘s live blogging experience at the Open, our fifth consecutive year of walking around the grounds to consume more tennis than one’s eyeballs can possibly take in for 14 days straight. Here is hoping that we will be able to make it through the first few days unscathed, given the 90-degree weather that is expected to hover over and around the Billie Jean King National Tennis Center during the next few days.

No anniversary is complete with a nice, shiny, brand-spanking-new gift to unwrap, and everyone at the tennis center will be treated to the new Louis Armstrong Stadium, the former main court at the tennis center which was undergoing renovations before, during and after last year’s US Open and appeared a shell of its former shelf. (Take a look at the middle of the cover photo from to this story to see what part of the stadium looked like during the 2017 event.)

Last year’s storyline going into Day 1 was the number of former champions and great players who had to withdraw even before the start of the event. That is far from the case this year, as eight former US Open Champions will take the court on Day 1, including a juicy first-round matchup of former champions on the women’s side on Arthur Ashe Stadium: 2001 and 2001 champion Venus Williams taking on 2004 winner Svetlana Kuznetsova.

We probably will be at Ashe Stadium some time today but, as most of you know, we usually like to do our live blogging away from Ashe to be part of the lovely experience that is walking around the outer courts to find some great action involving players that you might know…as well as might not know as of yet. As we said, we’ll be in the borough of Queens throughout the entire tournament, so stay tuned and keep hitting the refresh button for our updates from the Billie Jean King National Tennis Center. Like always, we absolutely encourage you to contact us on Facebook, Twitter and/or Instagram and let us know where on the grounds we should blog from. We always love your feedback.

3:43 AM EST: Back home after an adventurous time leaving the grounds (best to not talk about it). If you notice, you’ll see pictures!! Enjoy the shots that Robert was able to get from Day 1. See you later this morning!

11:33 PM EST: Got a chance to go into the interview room for Kevin Anderson’s post-match thoughts. Even after playing a grueling match in which he suffered cramps, and despite the fact that one of the US Open supervisors told the media to limit the number of questions, Anderson was gracious in answering questions – to the point where, after the media was done, he said he still had time for another question or two. What. A. Nice. Guy. Here’s the interview…

10:15 PM EST: Lots of goings-on in the past few hours: Kevin Anderson rallied from fatigue, cramping and a two-sets-to-one deficit to defeat Ryan Harrison; Serena looked wonderful in both attire and in playing style in her win over Magda Linette; an Robert Cole, our ace photographer, arrived! Great pics to come! Only two matches left on the grounds: Rafael Nadal on Ashe against fellow Spaniard David Ferrer and Juan Martin del Potro on Louis Armstrong against Donald Young. Delpo has a two-sets-to-love lead as they start the third.

7:52 PM EST: Anderson is in trouble now, as Harrison has won the last three games and, in this game at 1-3, Anderson just grabbed at his left calf after he was passed by Harrison at the net. It’s now deuce on Anderson’s serve at 1-3. Good thing is that a changeover is coming up after this game. Will Anderson hold serve before it comes? Or will Harrison be the owner of a double break?

7:38 PM EST: Anderson holds to star third set. He might not be in the best of shape though, as he looks to have a hitch in his gait and probably has another 90 minutes on the court in these very warm conditions. Oh, and Harrison has the momentum, even though he lost the first game of the third.

7:36 PM EST: Anderson serves to start the third and has lost the first two points on it. After first point, he flexed his right thigh. Looks like he’s feeling effects of the heat. The big South African makes a backhand down the line (initially called out, but challenge reversed it) and has scrambled back to game point.

7:24 PM EST: We have a match! Harrison wins the second set, 7-5, and it’s one set apiece! Anderson off for a bathroom break/wardrobe change. I’m now sitting next a group of ladies with custom white hats: one says “tennis people,” one says “wine people,” and the third says “lake people,” as in someone likes to head to the lake. Oh, it’s fun meeting all the people here and their different backgrounds while taking in some tennis and the city of New York!

7:18 PM EST: Well, well, well! Now Harrison breaks again, and the American will be serving for the second set!

7:13 PM EST: How about a case of another American digging deep? Harrison saves three set points, holds for 5-all!

7:08 PM EST: We are now on Court 17, where last year’s runner-up in men’s singles, Kevin Anderson of South Africa, is taking on Ryan Harrison. Tight affair so far, with Anderson winning the first set in a tiebreak, and now with a 5-4 lead in the second set, on serve. But now a chance for Anderson, as Harrison has lost the first three points in his service game and it’s triple set point for Anderson.

6:45 PM EST: Auger-Aliassime holds for 3-4, but then Shapo holds at 15 to go up 5-3. Was told by one of the Canadian reporters that Auger-Aliassime’s flat-top hairdo was inspired by Christopher “Kid” Reid, one half of the 1980s-1990s hip-hop dup Kid ‘ Play. Isn’t Felix too young to remember the House Party movies?! 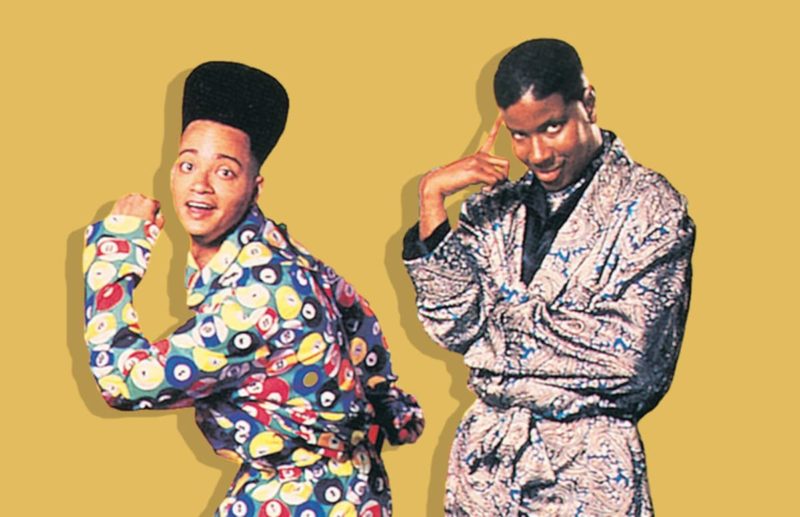 6:39 PM EST: Well, the broadcaster’s/journalist’s jinx strikes again. Shapovalov is broken, as he serves a double fault to drop the game. Right before serving, someone yelled out in the stands, “What time is it?,” bringing back memories of when James Blake was on the tour and that chant would ring out before a break point. It was break time indeed for Auger-Aliassime, as the 18-year-old is looking to get back into the match against the 19-year-old Shapovalov.

6:35 PM EST: O, Canada! Ashley and I are at the Grandstand for the All-Canadian matchup between the No. 28 seed, Denis Shapovalov, and qualifier Felix Auger-Aliassime. And right now, it’s all Shapo: 7-5, 4-1. Shapovalov got the crowd astir with a leaping one-handed backhand winner in the previous service game. Denis has some serious flair!

6:02 PM EST: Game, Set, Match: Fritz! Taylor closes it out with an ace, and Fritz moves on to the second round after being down two sets to Mischa Zverev. Full credit to Taylor for digging deep! Score one for America!!!

5:56 PM EST: Fritz consolidates break with a routine hold at 15, including back-to-back aces. Fritz two games away from a monster victory!

5:51 PM EST: Also, my new friend just pointed out that the American (Fritz), who is playing a German (Zverev) has a very German-sounding name! Talk about some in-depth analysis!! It’s now a deuce game on Zverev’s serve…and a backhand winner now gives Fritz a break point opportunity!

5:49 PM EST: Fritz wins the next three points to hold serve for 2-2. The person I’m standing next to on the second level of Court 10 just noticed my name, and we’re talking about ethnic groups and tribes in Nigeria. Of course that’s what I was expecting! But definitely welcomed!

5:27 PM EST: Time to head out to the outer courts! There looks like a fifth set that’s going to happen on Court 10, as American Taylor Fritz has come back from two sets down against German serve-and-volleyer Mischa Zverev, and has forced a fifth set. Did not think Fritz had that fortitude in him at this point to make a comeback like that! But, here we are, at 4-6, 2-6, 6-4, 7-6 (2). Off to Court 10!

5:15 PM EST: What a turnaround on Ashe, as Kuznetsova won six of the last seven games of the second set to force a third set, winning 7-5 in the second. There is now a 10-minute break as the heat rule is in effect. And it’s needed. It’s HUMID!

4:22 PM EST: Anyways, we met a wonderful lady named Susan, who works at a company called evolve9, a program which, according to their website, helps “tennis coaches build better, more appropriate programs and teach with real quality, while considering the needs of each child.” Essentially, it helps to encourage children, mostly those under 10 years old, to continue playing the sport of tennis at their skill level while not being dissuaded to leave the sport if they see their friends move forward in their tennis development. What a wonderful mission! Oh, and Susan broke down to us all of the places she has traveled to recently, making her somewhat of a walking atlas: Norway, Mexico, China, United States, etc. She’s based in England (Southampton), though she let me know she won’t be back there until October. And I thought I traveled a lot!

4:20 PM EST: Venus now up two breaks (4-1) in the second, while Ashley and I have made a friend while doing gymnastics getting into our seats!