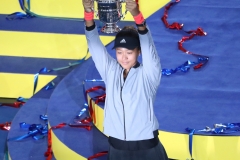 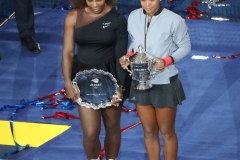 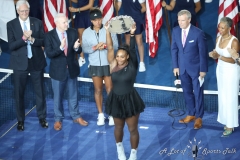 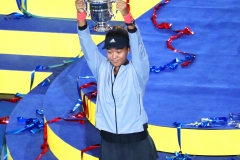 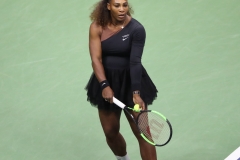 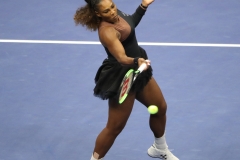 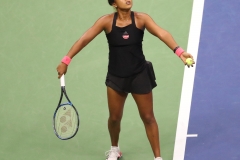 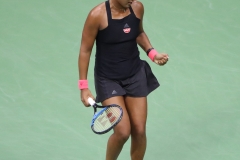 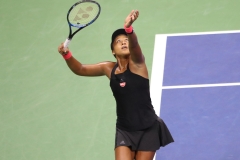 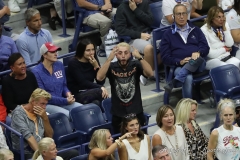 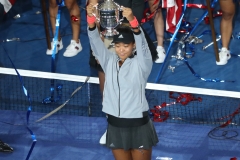 NEW YORK — The greatest women’s tennis player of all-time, Serena Williams, had already left such an indelible mark in the young mind of Naomi Osaka in elementary school that Osaka researched and completed a book report on Serena while in the third grade. After today, there will be no doubt that thousands of young children, from Tokyo to Port-au-Prince and many other points in between, will now consider doing a homework assignment on the now 20-year-old Osaka, who just lived out her dream – in the city where she finished that book report – of becoming a Grand Slam tennis champion.

Osaka was near flawless in achieving her biggest win in her burgeoning career, defeating her idol, 23-time Grand Slam singles champion Serena Williams, 6-2, 6-4 to win the 2018 US Open women’s singles championship on the court of Arthur Ashe Stadium on Saturday evening. Of all of the traits she possesses on the court, including a powerful serve, groundstroke variety and well-above-average court coverage, what helped Osaka the most in handling the intense scrutiny of playing in a maiden major tournament final match was her composure, not being fazed by the moment – nor the multiple instances where Serena had heated discussions with chair umpire Carlos Ramos for a couple of code violations called against Williams during the second set.

After her service winner was not able to be returned by Williams on match point, Osaka’s reaction, initially, was more of a muted disbelief than anything else as she walked toward the net for the customary handshake.

“I was just thinking, I don’t know, like to have a huge reaction isn’t really me in the first place,” said Osaka, who won her second career title on the WTA Tour with her victory tonight. “It just still didn’t really feel that real. So for me it just felt like a normal match just walking up to the net. But it’s Serena that’s on the other side. She hugged me, and it was really awesome.”

Osaka’s dreams being fulfilled came at the expense of Serena’s aspirations of winning her 24th Grand Slam singles title, one that would have tied Margaret Court’s record for most singles Grand Slam wins. That fact was not lost on Osaka when the young prodigy and tennis icon embraced at the end of the match.

“I know that, like, [Serena] really wanted to have the 24th Grand Slam, right?,” Osaka said as she started to tear up. “Everyone knows this. It’s on the commercials, it’s everywhere. Like, when I step onto the court, I feel like a different person, right? I’m not a Serena fan. I’m just a tennis player playing another tennis player.”

“But then when I hugged her at the net…I felt like a little kid again,” Osaka continued, ver voice cracking and once again fighting back tears.

Osaka’s dominance in winning today mostly stemmed from her serve, as 10 of her 25 serves in the first set were unreturned while converting on both of her break-point opportunities in the set on her way to a routine 6-2 first-set win.

In the second game of the second set, Williams, who was returning, was cited for a code violation by chair umpire Carlos Ramos for receiving coaching from the player’s box, an announcement that prompted Serena to walk to the chair and speak with Ramos, as she proclaimed to him that, “I don’t cheat to win. I’d rather lose,” in explaining the situations when she does end up looking at her player box, where her coach, Patrick Mouratoglou, sits. (After the match, Mouratoglou admitted that he did make a gesture towards Serena that would fall under coaching, a violation even if the player on the court does not observe it.)

Williams opened up a 3-1 lead in the second set, but, after being broken on her serve to make it 3-2, she was cited for another code violation for smashing her racquet on the court before walking over to her chair – a decision that led to a point penalty. Still simmering from the initial coaching code violation, Williams continued her heated conversations with Ramos during changeovers, and, at 4-3 Osaka, Williams, who was caught on the hot microphone saying to Ramos that he owed her an apology, as well as using the word “thief” to describe Ramos’ decisions, was issued another code violation, leading to a game penalty and a 5-3 lead for Osaka.

Outside of being at the net when Ramos announced the game penalty, Osaka mentioned that she was mostly unaware of the exchanges between Williams and Ramos, and that nothing has changed in her perception of Williams.

“I don’t know what happened on the court. So for me, I’m always going to remember the Serena that I love,” Osaka said. “It doesn’t change anything for me. She was really nice to me, like, at the net and on the podium. I don’t really see what would change.”

As Osaka’s crowning achievement was starting to be overshadowed by the on-court incidents involving her opponent, it was Williams who immediately tried to make sure to shine the spotlight on the newly-crowned champion of tennis, as Serena implored the now-hostile Arthur Ashe Stadium crowd – one that booed at the beginning of the trophy presentations – to stop voicing its displeasure and give Osaka the champion’s greeting that she should receive.

In other words, Osaka’s idol and role model, Williams, told millions of people around the world while standing shoulder-to-shoulder with her to give her the praise she deserves for being a champion. Talk about dreams coming true.

“I felt at one point bad because I’m crying and she’s crying,” said Williams after the match. “You know, she just won. I’m not sure if they were happy tears or they were just sad tears because of the moment. I felt like, ‘Wow, this isn’t how I felt when I won my first Grand Slam.’ I was like, ‘Wow, I definitely don’t want her to feel like that.'”

“Yeah, maybe it was the mom in me that was like, ‘Listen, we got to pull ourselves together here,'” Williams continued with a laugh.

Osaka’s book report may or may not have focused on Williams’s sportsmanship, but it was on display in front of her and everyone else at the US Open. Just over a decade ago, what Osaka displayed in front of her third-grade classmates was her admiration for whom she wanted to be later in life.

“When I was growing up, I did a whole report on [Serena] in third grade,” Osaka said. “I colored it and everything. I said, ‘I want to be like her.'”

Naomi Osaka is a role model, especially for people of color, and, as of today, a Grand Slam tennis champion – exactly like her idol.