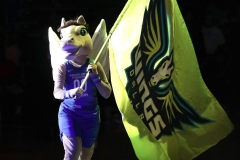 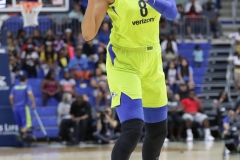 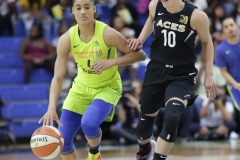 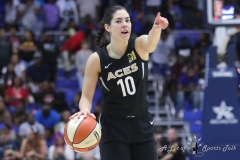 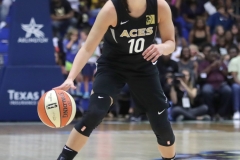 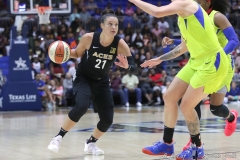 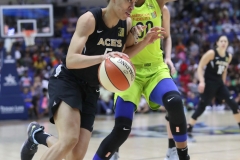 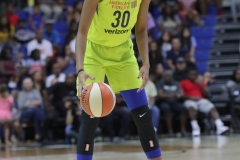 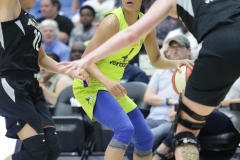 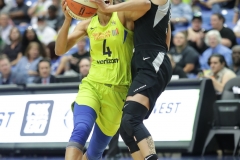 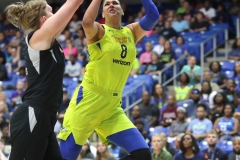 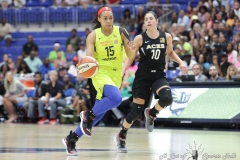 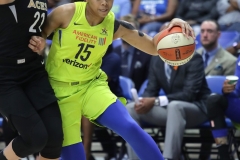 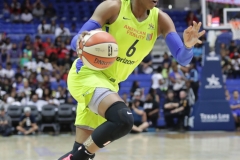 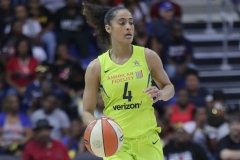 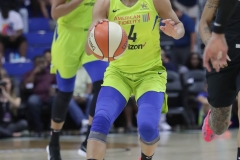 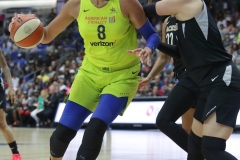 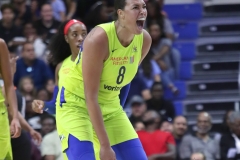 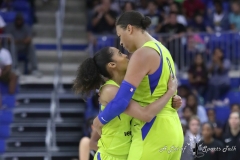 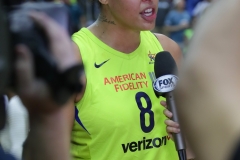 ARLINGTON, Texas — Frustration, relief and joy were all contained inside of the tears welling up in the eyes of Dallas Wings center Liz Cambage at the end of Friday night’s game, as her return to the court – and another dominant performance – finally clinched her team’s position in the postseason that looked all but assured one month prior.

Returning to game action after a neck injury sidelined her for the past two games, Cambage lit up the Texas evening with 43 points and 13 rebounds as Dallas defeated the Las Vegas Aces 107-102 in a de facto play-in game, putting an end to their nine-game losing streak and securing the final postseason spot in the 2018 WNBA Playoffs.

At one point this season, Wings stood at 14-9 and Cambage’s return to the WNBA after a four-year absence was the main catalyst in Dallas looking like one of the most-improved teams in the league, highlighted by Cambage’s record-breaking 53-point performance against the New York Liberty in a win on July 17. Since July 19, however, the Wings dropped nine straight games to put their once-secure playoff spot in peril, and, last Sunday, coach Fred Williams was fired soon after a postgame altercation outside of the team locker room with Wings’ chief executive officer Greg Bibb in their loss at Washington, the team’s eight defeat in a row.

Cambage did not play in the loss to Washington and the Wings’ subsequent defeat in Connecticut on Tuesday, but the 6-foot-8 Australian returned on Friday and did not miss a beat in shooting 14-of-20 from the field – including draining both of her three-pointers – as she helped give interim head coach Taj McWilliams-Franklin her first victory. Cambage’s dominance inside led her to attempting 16 free throws (she made 13) as the Aces were futile in their attempts to throw a multitude of big bodies at Cambage in an effort to slow her down.

Guard Skylar Diggins-Smith had 23 points and eight assists for Dallas, and she started a game-deciding 7-0 run with her tough layup inside with 1:37 remaining to give the Wings a 102-97 lead. After a defensive stop by the Wings, Cambage scored while being knocked to the floor inside, part of a three-point play on the next offensive possession that expanded Dallas’s lead eight with just over a minute to go. Diggins-Smith hit two free throws to complete the scoring spurt.

Las Vegas would have been in control of the No. 8 spot in the WNBA Playoffs with a win, and rookie A’ja Wilson did her part in trying to carry the Aces to that position as she scored 34 points, including 19 in the first half on 9-of-11 shooting to lead Las Vegas to a 57-51 halftime lead. Guard Kelsey Plum had 20 points, including hitting four-three pointers, while backcourt mate Kayla McBride had 16 points and 12 assists.

Dallas will be the No. 8 seed when the WNBA Playoffs start next week, and will play on the road against the No. 5 seed in a one-game playoff in the first round.

*Editor’s note: Above the byline is the photo gallery from Friday evening’s game, with all photos taken by Capture Photography owner and photographer Ross James. After clicking on the first photo to enlarge the picture, make sure to press the left and right arrow buttons to scroll through the rest of the pictures. There are 20 pictures in total.