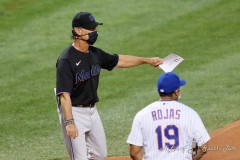 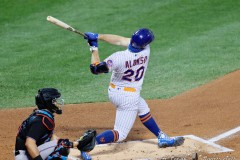 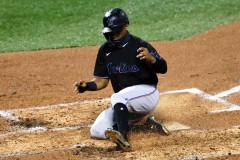 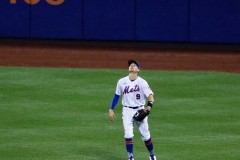 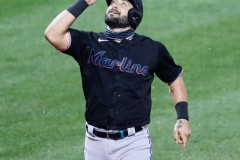 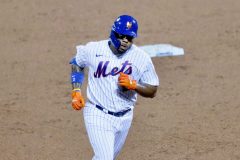 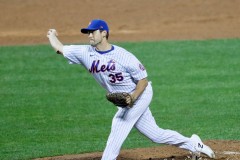 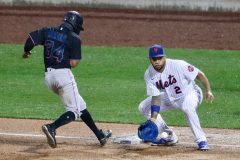 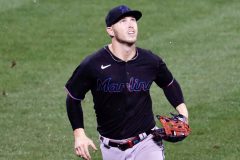 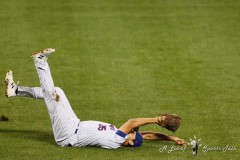 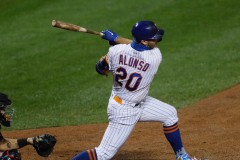 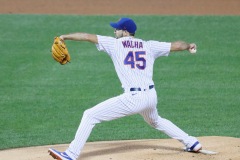 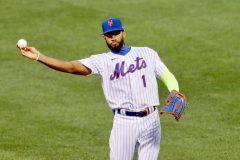 NEW YORK — Miami Marlins catcher Francisco Cervelli blew kisses and waved at imaginary fans in the Citi Field stands after crossing home plate following his home run on Friday, a blast that continued his team’s very real — and surreal — start to the 2020 season.

Cervelli’s three-run home run was the centerpiece of a four-run second inning for the Marlins, who held on to defeat the New York Mets 4-3 to win their sixth consecutive game. Six pitchers combined to hold the Mets to just six hits, with the staff’s performances a microcosm of the the Marlins’ persevering through a challenging last week and a half rocked by a COVID-19 outbreak on the team.

Through all of the roster juggling and transactions, Cervelli, now the No. 1 catcher as the team’s regular starter, Jorge Alfaro, is on the 17 on the COVID-related IL, was one of the very few who was able to remain with the active roster, and his historically good numbers against the Mets came to the fore once again.

A career .268 hitter, Cervelli, a one-time Yankee, came into today hitting .341 in his career against the Mets with a .378 average in 11 games at Citi Field.

New York once again was plagued by a lack of timely hitting with runners on base, and wasted a golden opportunity to earn its first come-from-behind victory in the eighth. The Mets plated two runs to cut the lead to 4-3 as they loaded the bases with just one out. However, Dominic Smith flew out to shallow center before Wilson Ramos grounded out to second to end the threat with the Marlins still ahead.

*Editor’s note: Above the byline is the photo gallery from Friday evening’s game, with all photos taken by ALOST senior photographer Robert Cole. After clicking on the first photo to enlarge the picture, make sure to press the left and right arrow buttons to scroll through the rest of the pictures. There are four pictures in total.