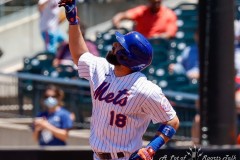 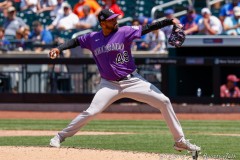 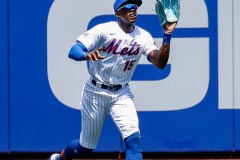 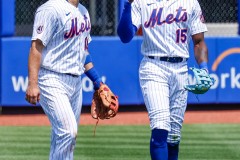 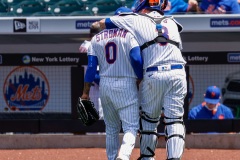 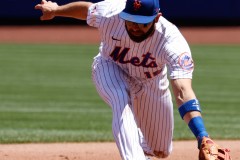 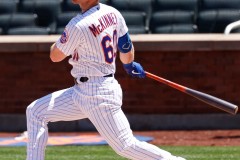 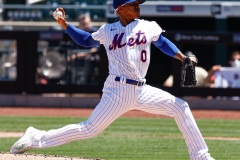 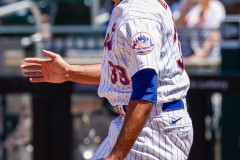 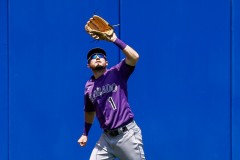 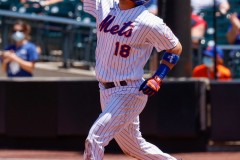 NEW YORK — New York Mets starter Marcus Stroman did not take part in last year’s New York Mets season, yet might have worked harder during 2020 than at any point in his career to maintain his standing as one of the top starters in Major League Baseball.

Every fifth day continues to bear that out so far in 2021.

Stroman’s latest gem included six shutout innings the Mets’ 1-0 victory over the Colorado Rockies in Game 1 of a doubleheader on Thursday afternoon at Citi Field, with the lone run coming on a solo home run from second baseman José Peraza. Edwin Diaz pitched a perfect seventh inning to record his ninth save of the season in as many opportunities.

As the Mets continue their patchwork efforts to stay in first place in the NL East despite 17 players currently on the injured list, Stroman, who opted out of last season due to concerns surrounding the pandemic, has become one of the pillars of the squad, twirling one quality start after another — and recording ground-ball out after ground-ball out, a trademark of his that played out again on Thursday after recording 10 of his 18 outs in that fashion against the moribund Rockies offense.

Given the Mets’ own struggles at the plate as they navigate through injuries, Stroman, Jacob deGrom, and the rest of the starting staff have built off of each other’s success to keep New York more than afloat before the cavalry arrives from the training room…whenever that may be.

“I think every guy in this rotation, we take a ton of pride in competing and we truly feed off one another,” said Stroman, who lowered his ERA to 2.47 after today’s no-run outing. “We’re all top-stepping it and rooting for each other when we’re doing good. Obviously, we have to kind of carry the load before we have our full squad. But I think we’re up to the task.”

Missing all of 2020 was understandable to all of Stroman’s teammates, according to manager Luis Rojas, and what impressed the skipper after his decision was everything he put into getting ready for 2021 while not putting up any meaningful statistics in 2020.

“He just started working, started working hard to do some really good things for the team next year, and that’s what he’s been doing,” Rojas said. “He’s been giving us length. He’s helped our bullpen stay fresh. [The starters] have done that all season, they’ve been pressing to give us length. Incredible what he’s doing. Give a lot of credit to him because he’s been working pretty hard since last season.”

*Editor’s note: Above the byline is the photo gallery from Thursday afternoon’s first game of a doubleheader, and after clicking on the first photo to enlarge the picture, make sure to press the left and right arrow buttons to scroll through the rest of the pictures. There are currently 11 pictures in total. 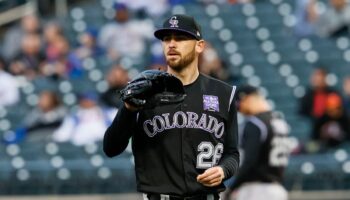