BOSTON — One of the few things outnumbering the voluminous missed shots from the right hand of Kemba Walker amidst his first 72 minutes of his tenure as a Boston Celtic was the number of encouraging words he continued to receive from his new teammates for almost every errant attempt.

The perpetual pep talks proved powerful, and Walker quickly turned those words into enthralling, All-Star-worthy action – and the Celtics’ first win of the new season in the process. Walker’s 18 second-half points, including 11 in the span of 2:37 midway through the fourth quarter, led Boston to a come-from-behind 112-106 victory over the defending champions, the Toronto Raptors, at TD Garden on Friday night.

It is a good thing that the aphorism of how one finishes matters more than how one starts came true again tonight, because Walker’s start to tonight’s game (as well as his tenure overall in Boston) was nothing short of a mini disaster. Tuesday saw Walker miss 14 of his 18 shots in bhis Boston debut, a 14-point loss on the road to the Philadelphia 76ers on Wednesday night.

More of the same followed tonight, with Walker missing eight of his first nine shots. Not that Walker would get down on himself, but any added pressure that he might have put on himself for getting out of his funk was allayed by every moment a teammate would reassure him that shooting, no matter how errant his accuracy was, was the best remedy.

“My teammates, they were incredible. The confidence they had in me. That’s what I needed,” said Walker, who ended the game with 22 points. “The things that they said to me are the things that I needed to hear. They saw in my face that I was kind of down at times, and they just kept encouraging me. I appreciate those guys so much.”

Walker’s words could not have resonated more with anyone better than his new teammates, many of whom had to deal with the strife that came with the miasmic atmosphere in the locker room that became visible for all to see for the majority of last season. Walker, acquired in a sign-and-trade from the Charlotte Hornets this offseason, is considered a step below former Celtics superstar/lightning rod Kyrie Irving, who bolted town to head to Brooklyn, but the new attitude that might result from that exchange at the point might be better for Boston in the long run.

In the here and now, Walker and his penchant for fourth-quarter outbursts came to the fore once more, and just in time. He made three of his four field goal attempts in the third quarter, but the Raptors ended the quarter up 82-76 led by Pascal Siakam’s 15-point spree in those 12 minutes that turned a two-point deficit into the bulge Toronto enjoyed heading into the fourth.

Toronto’s lead grew to seven, 89-82, after a Kyle Lowry three with 10:18 left, but then Walker stole the show. He started with a runner from the free throw line, then followed on the next possession with a three-pointer from straight away. Two layups and two free throws soon followed, and, by that time, the rest of his teammates on the floor picked up their performance to eke out the win.

It took just one shot to fall for Walker to get going, though it seemed as if that one shot make was not going to come.

“I was so happy. Like about time,” Walker said with a smile. “It was a struggle, even from last game to tonight. I just wanted to be myself, and these guys just allowed me to. Coach Stevens, assistant coaches, everybody. They were in my ear just telling me don’t worry about the misses. Just keep being myself, keep getting the shots up. I thought I was taking pretty good shots, but missing. Getting to my shots. A lot of the shots I was missing was routine shots, so I think that’s why I kind of stayed confident as well.”

As it turned out, words coming from Walker also became a calming influence during the game. In the midst of Walker’s scoring spurt, teammate Jaylen Brown, tied for the Celtics’ team lead with 25 points, took (and missed) an ill-advised three early in the shot clock. The bad shot, especially in the middle of Walker getting the hot hand, was a questionable decision at best, but there was no question in Walker’s mind to encourage Brown even after that mistake.

“[Kemba] told me I was good. Brad (Stevens) had an aneurysm and Kemba is just like, ‘you’re good, keep playing,'” Brown said. “It’s great. Just to know that he has your back. You don’t always have that case in that scenario. Easily, somebody could have said something and got upset or threw a tantrum or whatever. For Kemba to say, ‘you’re good, just play,’ it was the confidence I needed to make sure the next play was the right play.”

Making the right plays tonight, as well as all season long, can come down to just knowing what words to say to make sure the next plays go the way Boston needs them to go to have a successful season. 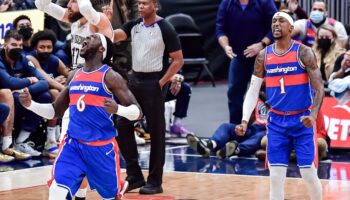 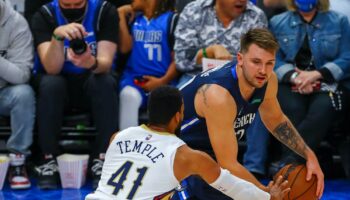 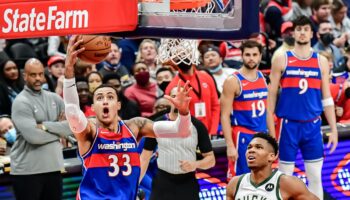 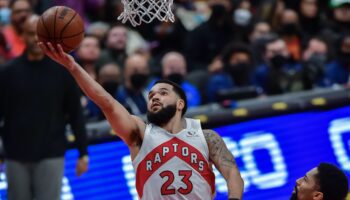 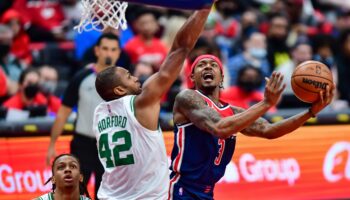