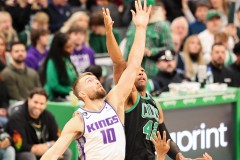 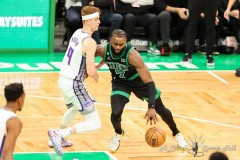 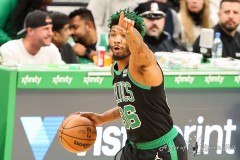 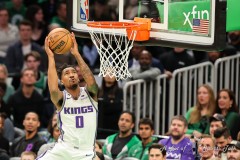 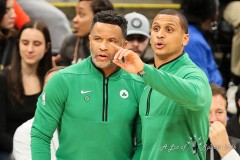 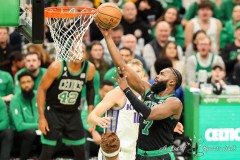 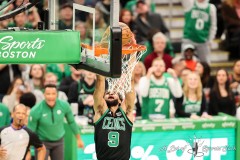 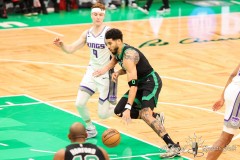 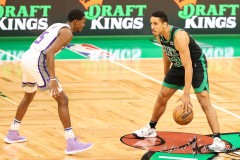 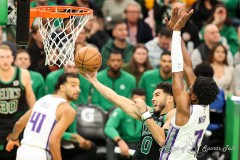 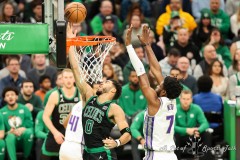 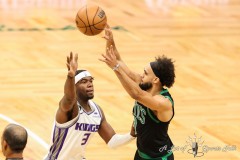 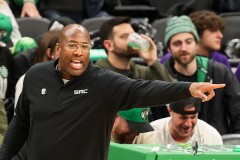 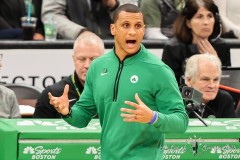 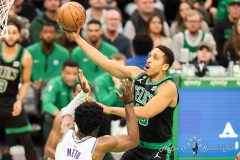 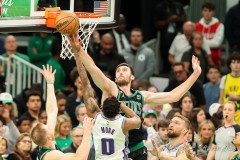 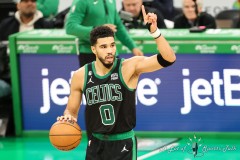 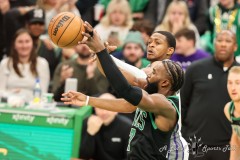 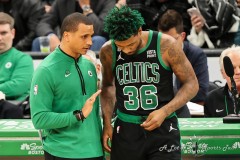 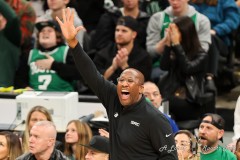 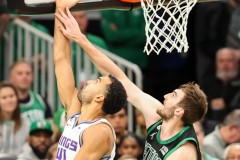 BOSTON — The last time the Boston Celtics saw tonight’s opponent inside their friendly confines, the Celtics applied the biggest beatdown it ever served up in Beantown during a single game. This time around, Boston waited until the second half to create a little déjà vu while continuing their scintillating form.

Jayson Tatum scored 14 of his 30 points in the third quarter, keying a dominant stretch by the Celtics spanning the third and fourth quarters in their 122-104 victory over the Sacramento Kings in a matchup of the two highest-scoring, most-efficient offenses in the NBA this season. Jaylen Brown added 25 points while the Boston’s bench also had a decisive impact in turning turning a six-point deficit late in the third quarter into a 35-4 run that turned the game into a rout.

In last season’s meeting in Boston, the Celtics engineered their largest ever margin of victory in a home game, scoring 128 points in a 53-point beatdown on the Kings, and the first quarter tonight seemed to conjure up more of the same one-sided play as the Celtics forced 10 first-quarter turnovers and scored 11 points off those Sacramento miscues to open up a 36-22 lead at the end of the first quarter.

The Kings, first in the NBA in points per game (120.0) and second in the league in offensive rating and effective field goal percentage, found their form during a 40-point second quarter, hitting 64 percent of their shots in the second frame to cut the Boston lead to 64-62 at halftime. Sacramento took its first lead of the game soon after the start of the third quarter as it scored the first six points of the half.

A Kevin Huerter layup gave the Kings their biggest lead of the night at 84-78 with 4:04 remaining when, soon after, Celtics head coach Joe Mazzulla subbed in reserves Luke Kornet and Payton Pritchard during a Celtics’ trip to the free throw line. As innocent as that decision looked, the moved turned the whole game around, as Pritchard scored five consecutive points, including a three-pointer to give the Celtics the lead for good at 87-84, while Kornet scored on an alley-oop dunk and was the focal point on a couple of defensive stops.

Boston, second in the league in points per game behind Sacramento and ahead of the Kings in offensive rating and effective field goal percentage, closed the third quarter on a 16-0 run to open up 94-84 lead, part of an extended 35-4 run that extended into the fourth as Boston’s bench combined with Tatum to dominate the final 36 minutes. Four of Boston’s reserves — Pritchard, Kornet, Malcolm Brogdon and Sam Hauser — all finished with a plus-19 or higher in the second half, with Brodgon, Hauser and Pritchard all at least plus-20.

De’Aaron Fox led the Kings with 20 points, but went just 6-for-17 from the field. Domantas Sabonis had 18 points, 10 rebounds and six assists, the eighth time this season he has had a 15/10/5 night. Sacramento went 9-for-36 (25 percent) on three-point attempts.

*Editor’s note: Above the byline is the photo gallery from Friday evening’s game, with all photos taken by ALOST photographer Jenny Rohl. After clicking on the first photo to enlarge the picture, make sure to press the left and right arrow buttons to scroll through the rest of the pictures. There are XX pictures in total. 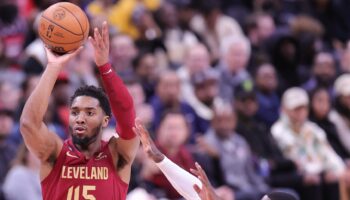 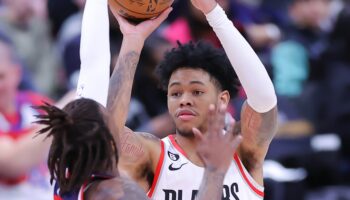 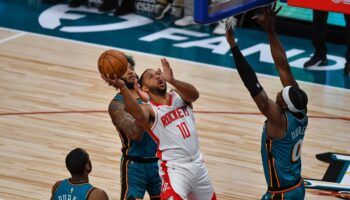 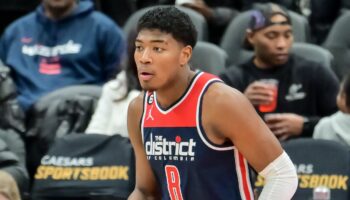 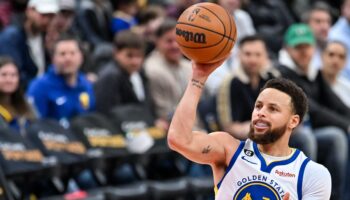