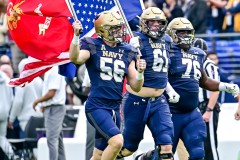 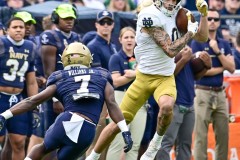 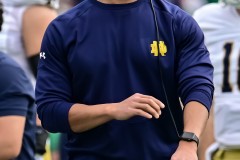 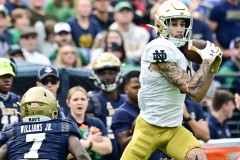 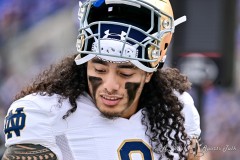 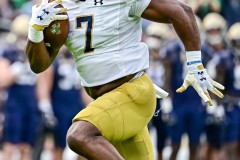 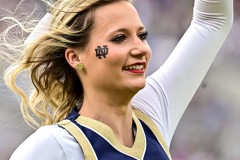 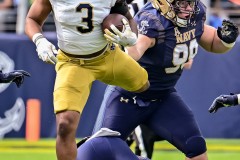 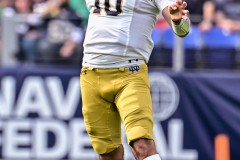 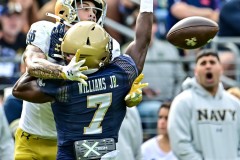 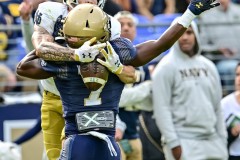 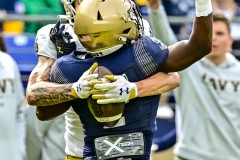 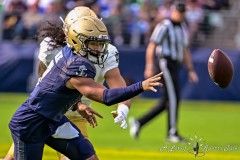 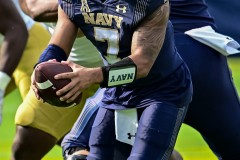 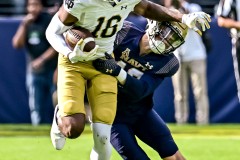 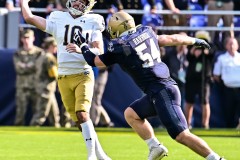 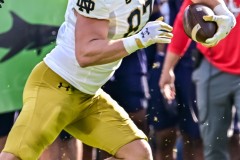 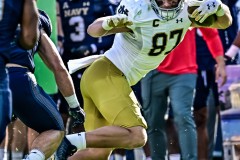 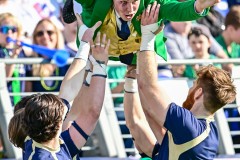 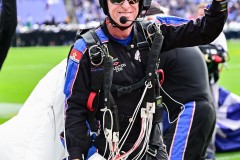 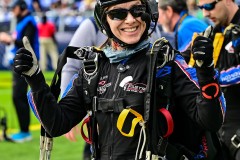 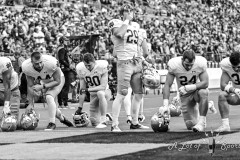 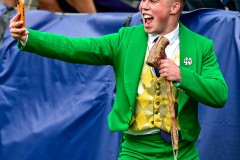 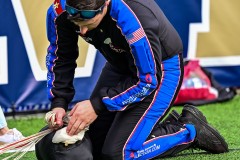 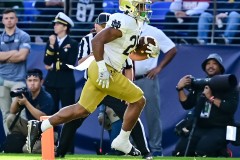 BALTIMORE — Some spectators during Saturday’s rivalry game will remember Notre Dame and its dominant first half en route to continuing its good run of form in the latter part of the regular seasons. Others will remember Navy’s stirring comeback during the second half, giving rise to hope that one of the more unlikely results in the college football season could eventually materialize.

Everyone will remember Notre Dame wide receiver Braden Lenzy, who almost inarguably made the catch of the college football season and left almost everyone in the stands — and on the field — in awe of his sleight-of-hand mastery on his way to one of Notre Dame’s five touchdowns. If you saw it, you wouldn’t forget it, either.

On an under-thrown pass that would have been an easy six points if it were more accurate, Lenzy reached around his defender’s back, almost bear hug style, to haul in one of four touchdown passes by Fighting Irish quarterback Drew Pyne, the highlight in No. 20 Notre Dame’s 35-32 victory over Navy inside M&T Bank Stadium on Saturday afternoon. Along with those four touchdowns through the air, Pyne also ran for a score as the Irish built a 35-13 halftime lead, but then had to hold on to stave off the Midshipmen’s second-half charge.

Notre Dame’s special teams once again shone bright, as the Irish blocked a punt for a seventh consecutive game, but Lenzy’s 38-yard touchdown snag was the pièce de résistance. Up 7-0 late in the first quarter, Notre Dame appeared to have a sure touchdown when Pyne stepped up in the pocket and saw Lenzy, five yards clear of cornerback Mbiti Williams Jr., streaking toward the end zone near the right sideline. The pass on the run came up short, and by the time Williams caught up before the ball descended down, Lenzy readjusted and reached around Williams to pin the football onto Williams’s back right at the goal line. Lenzy then pulled the ball around Williams with his right hand to confirm one of the most astonishing catches any pass catcher has pulled off on a football field this year.

“That was an unbelievable catch,” Pyne said. “I’ve never seen anything like it in my whole life. I’m so happy for him.”

*Editor’s note: Above the byline is the photo gallery from Saturday afternoon’s game, with all photos taken by DC-area photographer Yusuf Abdullah. After clicking on the first photo to enlarge the picture, make sure to press the left and right arrow buttons to scroll through the rest of the pictures. There are 25 pictures in total. 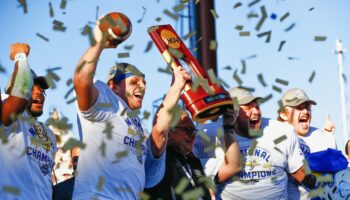 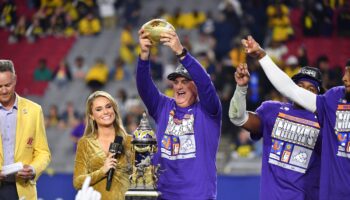 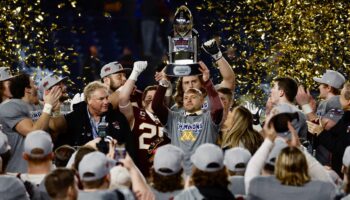 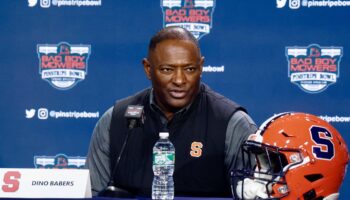 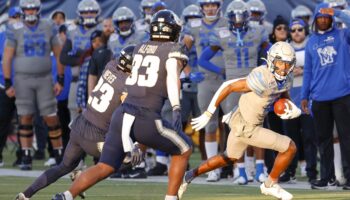