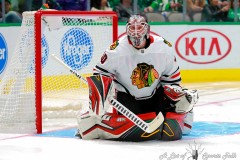 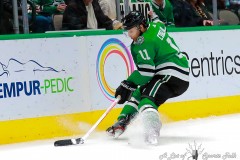 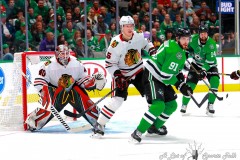 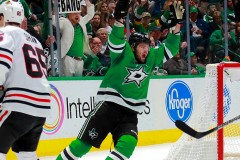 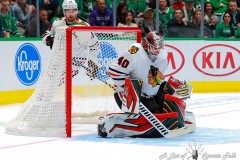 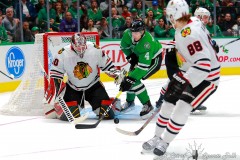 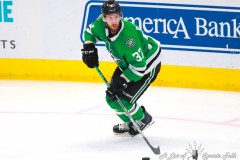 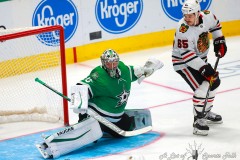 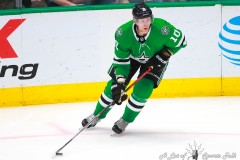 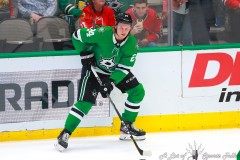 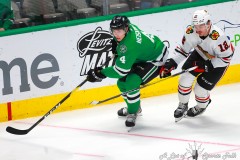 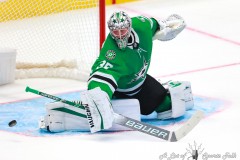 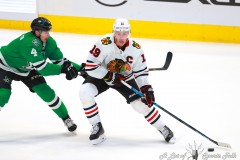 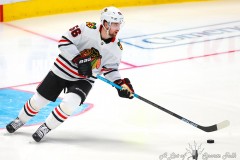 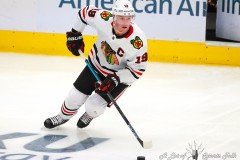 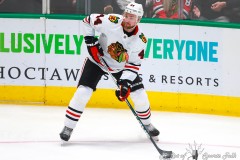 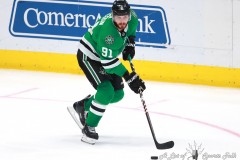 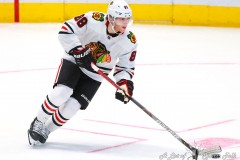 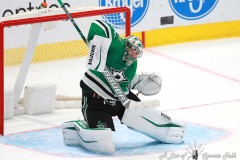 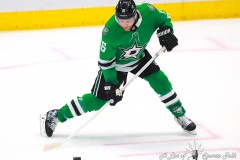 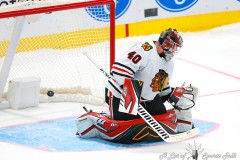 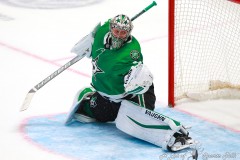 DALLAS — The Dallas Stars played one of their least efficient games in the month of November on Saturday, allowing many gilt-edged opportunities to their opponent and relying on their backup goaltender to attempt to bail them out of precarious situations time and again.

But this is the month of November, which means that, given its current white-hot form, Dallas is almost assured to come away with another victory.

Anton Khudobin made 38 saves, some of the unbelievable variety late in the contest, while Joe Pavelski and Tyler Seguin scored goals in the shootout as the Stars won their sixth straight contest with a 2-1 victory over the Chicago Blackhawks at American Airlines Center.

The Stars have earned a point in 11 consecutive games, improving their record in the month of November to a startling 9-0-1.

“It was [a big win],” Stars coach Jim Montgomery said. “It’s a division rival, and I don’t think we were on top of our game like we have been, and we still found a way. We’re finding ways to win even when we’re not playing at our best. We’re not beating ourselves right now.”

Khudobin was extraordinarily difficult to beat tonight, and early in the third period with the game tied at 1-1, he made a series of four saves while doing the splits, including keeping out Andrew Shaw’s shot that was reviewed on instant replay (and later upheld).

In the shootout, Khudobin made saves on both Patrick Kane and Jonathan Toews to put a punctuation mark on another remarkable performance by a Stars’ goaltender.

“To be honest, I was hesitating,” Khudobin said about his saves on Kane and Toews. “On the first one, I’m lucky that I got the poke check. On the second one, it hit my glove. I didn’t know what to expect. I was thinking maybe five-hole or whatever. [Kane’s] got quick hands, by the way. But it hit my glove, hit the post, and went out.”

In five games this month, Khudobin is 4-0-1, allowing just eight goals and posting a .950 save percentage.

“[Khudobin] was the best player in the game,” Montgomery said. “We’re very fortunate to have [Ben Bishop] as our starter and have him as 1B or 1A, or whatever you want to call it. It’s two years now that we’re very fortunate with the goalies that we have as the backbone of this team.”

Two Stars players coming back from long injury absences combined on Dallas’ only goal in regulation, as a John Klingberg shot from the point deflected off the shin pad of teammate Roope Hintz and past Chicago goalkeeper Robin Lehner at 14:08 of the first period. Both Hintz and Klingberg returned from lower-body injuries, with Hintz missing seven games and Klingberg six.

Olli Maatta tied the game just 3:16 after the Stars goal with his first of the season for the Blackhawks.

Lehner also had a magnificent performance in goal as he made 40 saves, five coming in the five-minute overtime session.

“Obviously, you want the two points, but you’ve got to see stuff you can build on,” Maatta said. “I think today the effort, the compete [level], was there. We did a lot of good things, so I think that’s something that’s really important.”

*Editor’s note: Above the byline is the photo gallery from Saturday’s game, with all photos taken by Dallas-area photographer Ross James. After clicking on the first photo to enlarge the picture, make sure to press the left and right arrow buttons to scroll through the rest of the pictures. There are 22 pictures in total.