NEW YORK — The old saw that a disappointing season from a team can be assuaged by performing well against a blood rival proved itself to be true once again, with the New York Red Bulls completing a stellar week at the expense of their Hudson River combatants.

Omir Fernandez scored late in the first half for the game’s only tally as the Red Bulls earned their second result in four days in the battle for New York, defeating New York City FC 1-0 inside Yankee Stadium on Saturday night. The win gives the Red Bulls a three-game unbeaten streak, and they have earned a result in four of their five games in August (2-1-2).

Though New York City had the share of possession throughout the game, the best chances on goal came from the Red Bulls, and before the first-half whistle it was Fernandez who steered a pass from Kyle Duncan at the top of the box past NYCFC goalkeeper Sen Johnson to Johnson’s right for the opening salvo. Duncan had controlled the ball for about six seconds and teased his defender on a run inside the box before his centering pass.

Johnson made seven saves for NYCFC in the defeat as the team missed a glorious chance to move into second place in the Eastern Conference with back-to-back games against the 11th place Red Bulls. New York City allowed a 90th minute penalty to the Red Bulls that leveled Wednesday’s game at 1-1 inside Red Bull Arena.

New York City’s best chances came in a 10-minute span in the second half, when Red Bulls goalkeeper Carlos Coronel made a reflex save on Valentin Castellanos’ shot from a corner kick in the 71st minute. In the 78th minute, Coronel made another reaction save on a point-blank header from Jesús Medina.

New York City had its own three-game unbeaten streak stopped with the defeat tonight, though the team, currently in third place in the Eastern Conference, has earned just five points in its last six matches (1-3-2). 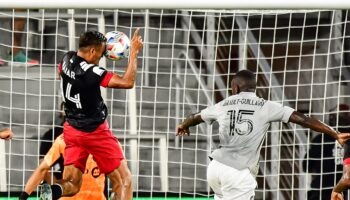 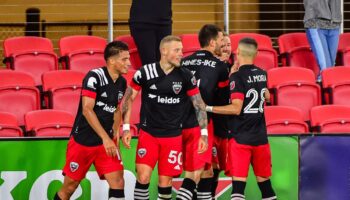 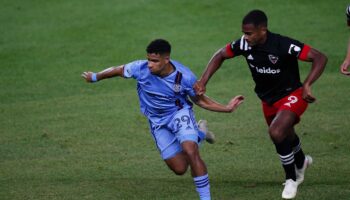 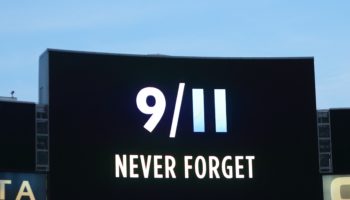 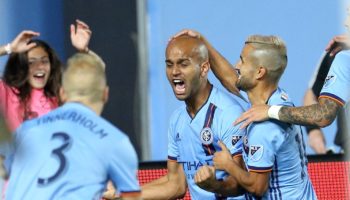