Here are some of the wonderful men and women that contribute considerably in making A Lot of Sports Talk the well-oiled machine (maybe a hybrid) that it is.

Adesina O. Koiki (ALOST Founder, Editor-In-Chief, Reporter) has worked in all facets of sports journalism, including as a reporter/researcher at ESPN The Magazine. He first made a name for himself while in college, as champion of the nationally televised trivia game show ESPN’s 2-Minute Drill in 2001. In his time at “The Mag,” Koiki has covered many major sporting events, including the National Football League, Pac-12 college football, the Holiday and Poinsettia Bowls in San Diego, the SEC Men’s Basketball Tournament, NCAA Men’s Basketball Tournament and the NBA/WNBA Playoffs. In 2007, Koiki was a radio play-by-play broadcaster for the Delmarva Shorebirds, Class-A affiliate of the Baltimore Orioles. A native of Brooklyn, New York, Koiki is a proud graduate of Syracuse University. Feel free to contact him about anything sports, or anything relating to recipes involving chicken.  Email me. 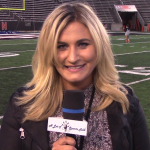 Lauren Foti (College sports, WNBA) is our senior reporter, covering sporting events for A Lot of Sports Talk since December 2015. For ALOST, she was the main on-camera reporter for the 2016 Ivy League Football Game of the Week package, as well as handled postgame interview duties after New York Liberty home games at Madison Square Garden. Before her time behind the microphone, Foti was a standout prep basketball player at John F. Kennedy Catholic High School in Westchester County (NY) and was a four-year letter winner at the University of New England in Biddeford, Maine. Foti currently resides in Fayetteville, North Carolina. 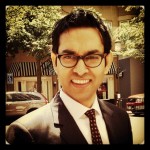 Arif Ahmed (Soccer, US Men’s National Soccer Team) has watched almost every game of the US Men’s National Team — in person or on television – since the turn of the century. He had worked for over three years at the International Monetary Fund. A die-hard Washington pro football fan (not stating the offensive nickname of the team on this space), Arif currently resides in Maryland, right outside of Washington, D.C. 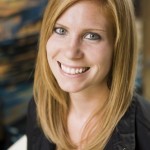 Carly Bartkiewicz (NFL, NHL, college sports) is currently the account manager of Skybox Creative in San Diego. Her stops in journalism have spanned two countries, as she started out as a reporter for The Hamilton Spectator in Hamilton, Ont. She then moved out to the much warmer conditions out west, where she became a reporter for the San Diego Union-Tribune, covering major events such as the October 2007 California wildfires. She also has worked on the broadcast side, providing color commentary for the 2007 Poinsettia Bowl and other select San Diego State Aztec football games. An avid runner, Carly currently lives in Solana Beach, Calif., and is a graduate of Syracuse University.

Lisa Horne (College Football) is a member of the Football Writers of America Association (FWAA) and a frequent guest on sports radio shows, including The John Clayton Show (710 AM ESPN Seattle), XTRA SPORTS Radio 1360 AM (San Diego), KLAA 830 AM (Anaheim), 740 The Game (Orlando, Florida), and a frequent guest on ESPN Radio (KHLO/KKON) in Hawaii. Horne spent over five years as a college football and NASCAR correspondent for FoxSports.com and most recently was the Big 12 and Pac-12 college football reporter at Bleacher Report.

Shaj Mathew (Soccer) is a junior and student journalist-at-large at the University of Pennsylvania. His writing has appeared in Sports Illustrated, The Millions, Goal.com, This is American Soccer, National Geographic’s My Wonderful World, Timothy McSweeney’s Internet Tendency, God Save the Beat, and the Daily Pennsylvanian. He also provides a literary take on soccer in his blog entitled Sublime Soccer. Mathew is a graduate of the Iowa Young Writers’ Workshop. He is originally from Maryland.

Nishant D. Parekh, M.D. (Soccer) is a neuroradiologist at Montefiore Medical Center in Bronx, New York. In his spare time (if such a thing exists with him), he is a fan of all things soccer, especially the Barclays Premier League, which he has intently followed since 1996. By concentrating really hard, you can hear his bellows of “Glory, Glory Man United” all the way from the Second City. Born in India and raised in Kenya, he is a graduate of the University of Toronto.

Michael A. Riley (Horse Racing, PGA, Olympics) has a passion for thoroughbred racing that began as a child. Attracted to the challenge of picking a winner as well as a love of the beautiful animals, he has visited over 35 tracks on two continents and was once told he could find a racetrack on the moon. He has promised his friends in the industry that one day he will write a memoir with tales of the horses, the people and the lore. Four Sundays a year, Riley loves watching the final round of golf’s major championships. In a similar manner, he likes predicting the winner of the British Open and getting a chance to write about it. Born in Virginia, Riley has lived in New York for 20 years and is an operations manager for an environmental remediation firm in Manhattan. The only sport he has done well at lately is pub trivia, but loves nothing more than cashing a ticket at 20-1.

Samantha Savarino (Soccer, Formula 1, Tennis) was born in Sicily, and fell in love with the Rossoneri of AC Milan as a young girl after seeing them win the 1989 European Cup and falling in love at the first sight of Paolo Maldini. She currently is a registered nurse at Englewood Hospital in Englewood, New Jersey, and has also spent time as ranking member of the Milan Club of New Jersey in Totowa.

Mike Shalin (NHL, MLB, college sports), a proud graduate of Wichita State University (’76), is a veteran of 35 years in sports journalism. He started with the wire services in New York in the 70s, moved to the New York Post from 1980-82 and then spent 22 years at the Boston Herald, covering the Red Sox for 12 years and then Boston College football and basketball. He is now a freelancer in the Boston area, with varied duties including work as an official scorer at Fenway Park. Shalin, a Baseball Hall of Fame voter since 1989, co-authored a book entitled Out By A Step: The 100 Best Players Not in the Baseball Hall of Fame and is the author of the 2011 release Donnie Baseball: The Definitive Biography of Don Mattingly (Triumph). Shalin resides in Easton, Mass.