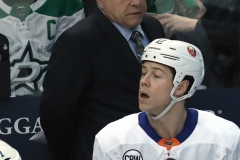 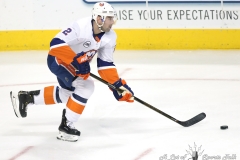 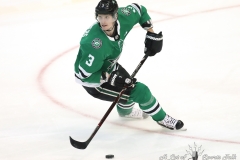 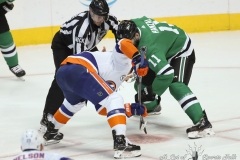 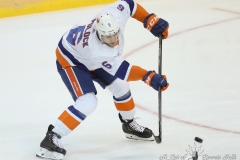 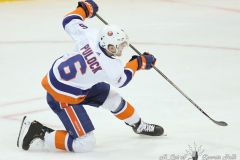 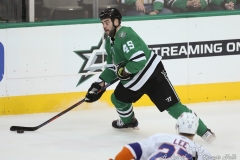 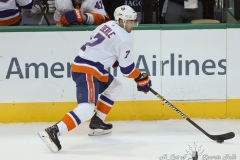 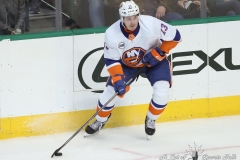 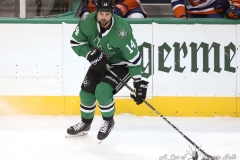 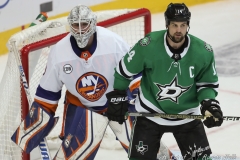 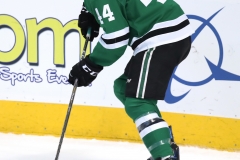 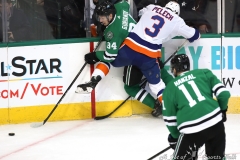 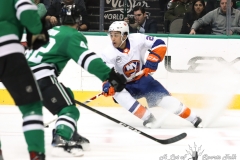 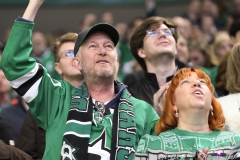 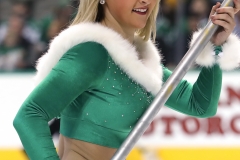 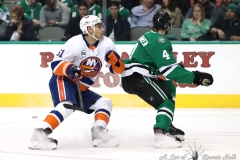 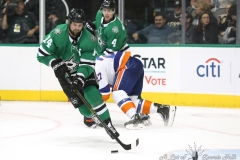 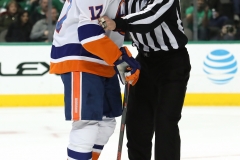 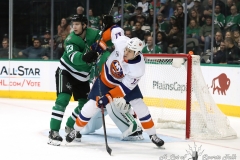 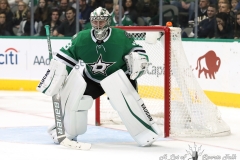 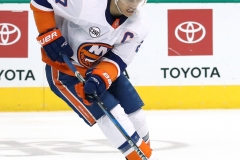 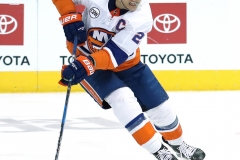 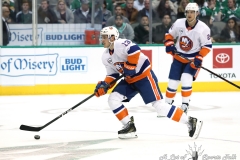 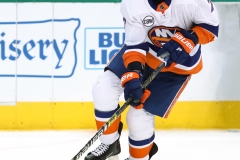 DALLAS — Sometimes, the puck has bounced the way in favor of the Dallas Stars this season. Other times, they haven’t. On Sunday night, the puck bounced twice, literally, off of their goalkeeper and into prime position for the New York Islanders to score their opening and game-winning goals.

Anders Lee’s power play goal in the third period off of a rebound lifted the Islanders to a 3-1 win in Dallas, the Stars’ second consecutive home loss after having won five straight at American Airlines Center.

At the 9:50 mark of the third period, the Islanders had the man advantage and defenseman Nick Leddy fired a shot from the point that first hit off the post and then off of Stars goalkeeper Anton Khudobin’s right skate. The puck then squirted in front of Khudobin before Lee put the rebound in past the keeper to give New York a 2-1 lead.

“We’ve had a couple of odd ones like that,” said Lee, who scored his team-leading 13th goal of the season. “Good things happen when you get pucks to the net. Huge little boost for us, a little momentum swing. They don’t always ask how they go in.”

New York will also not be asking how its first goal went in either, one that tied the game in the second period at 1-1. Casey Cizikas’ unassisted goal at 14:10 of the second came off of a backhand attempt from behind the net that hit off of the back of Khudobin’s mask and rolled down his back before dropping in across the goal line.

“Yeah, lucky ones. It happens in hockey,” said Khudobin, who made 25 saves on the night.

Tyler Pitlick opened the scoring at 6:20 of the second to give the Stars a 1-0 lead. However, Pitlick’s goal was one of just 20 shots on goal for the Stars in the game. In the third period, Dallas was only able to generate six shots on Islanders goalkeeper Robin Lehner, who stopped them all.

“We took a high-octane type of team and shut them down for the most part,” said Islanders head coach Barry Trotz. “There’s some pretty dynamic talent on that team. We did a really good job against their top players.”

The Islanders have now won four of their last five games, ending a four-game road trip at 3-1-0. Dallas, playing their second game of a back-to-back after an overtime win in Minnesota, now falls to 3-7-2 in games in which the score is tied after two periods.

*Editor’s note: Above the byline is the photo gallery from Sunday evening’s game, with all photos taken by Dallas-area photographer Ross James. After clicking on the first photo to enlarge the picture, make sure to press the left and right arrow buttons to scroll through the rest of the pictures. There are 25 pictures in total.