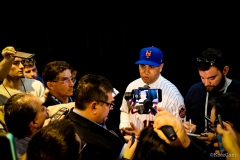 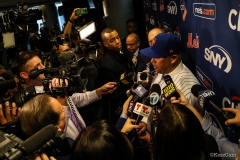 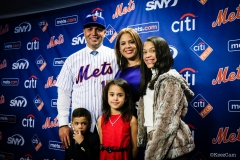 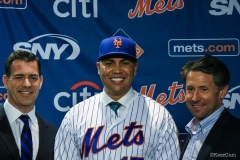 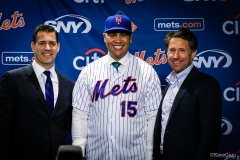 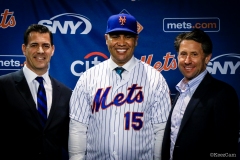 NEW YORK — Mixing a Hall-of-Fame-worthy playing career with an uncanny ability to relate to teammates and coaches alike, former New York Mets superstar Carlos Beltran is the man the franchise hopes will return it to the postseason glory that the team demands on a yearly basis.

Beltran was introduced as the 22nd manager in the history of the New York Mets franchise on Monday, impressing the Mets front office with his gravitating personality and quiet confidence. Beltran, who played for the New York Mets from 2005 to 2011, knows that managing in New York is a special opportunity after spending all of the past season as a special assistant to Yankees general manager Brian Cashman.

The short list of candidates that the Mets considewred for the job included former Met and Washington Nationals first base coach Tim Bogar, ESPN commentator and former Major League player Eduardo Perez and Minnesota Twins bench coach Derek Shelton. What caught Van Wagenen’s eye, and what eventually led him to convince Wilpon to bring Beltran aboard, was his presence that he creates in any room or clubhouse that he enters.

“When we walked in the room with Carlos, there was an authenticity to him and a belief he was the smartest baseball guy in the room and as he gains managerial experience he’s going to help us win on a daily basis,” Van Wagenen said. “When we began this process it was important for all of us and the ownership group and the baseball operations department to feel like we could exhale when we walked into the manager’s office. We didn’t want to inhale in anticipation of the conversations. Instead, we wanted to feel comfortable, welcome and a partnership with the manager.”

As is the trend in managerial hires in Major League Baseball, Beltran is a man who just finished his playing career (his last season was in 2017 as a member of the World Series champion Houston Astros) and will go into his first managerial job without any experience as the head man. That means that, unlike more veteran managers, on-field decisions will be influenced much more by the front office – something that Beltran realizes and embraces.

*Editor’s note: Above the byline is the photo gallery from Monday’s press conference, with all photos taken by New York City area photographer Gemini Keez (John Montalvo). After clicking on the first photo to enlarge the picture, make sure to press the left and right arrow buttons to scroll through the rest of the pictures. There are six pictures in total. 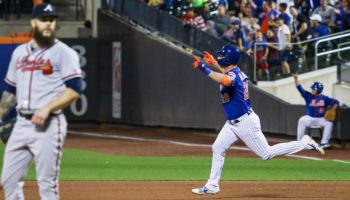 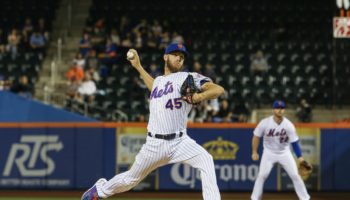 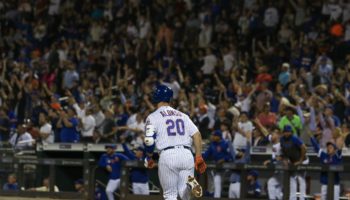