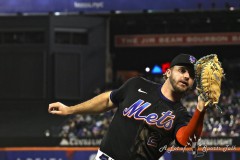 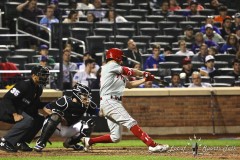 NEW YORK — Mets star Pete Alonso made sure to prevent runs from going on the board before we went about his business once more as the best run-producer in baseball.

Alonso smacked his National League-leading 12th home run of the season, a two-run shot in the third inning in helping to lead the Mets to an 8-6 victory over the Philadelphia Phillies, a win that snapped a two-game losing streak for New York. Carlos Carrasco pitched 5 2/3 innings and have up three runs in winning his fourth start in the month of May.

Before Alonso started mashing at the plate, Alonso made a stellar play with a diving stop of an Odubel Herrera line drive in the second inning with runners on first and second with the Mets up 3-0. One batter later, Carrasco induced a ground out to end the threat, and Alonso saved at least one run, if not two.

In the third inning, Alonso put two more runs up for the Mets, turning on a Bailey Falter curveball and depositing it into the left field bleachers for a 5-0 Mets advantage.

*Editor’s note: Above the byline is the photo gallery from Friday evening’s contest, with photos taken by ALOST photographer Chris Simon. After clicking on the first photo to enlarge the picture, make sure to press the left and right arrow buttons to scroll through the rest of the pictures. There are two pictures in total.