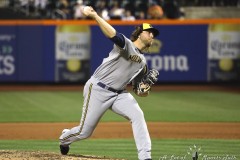 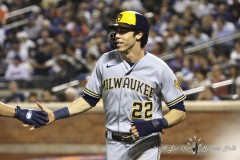 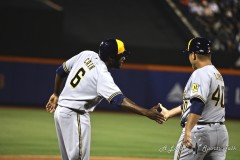 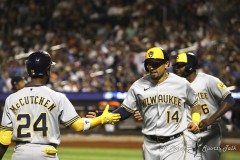 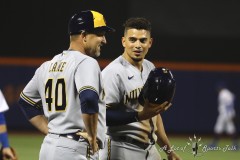 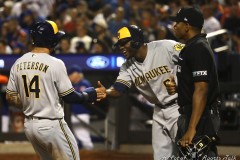 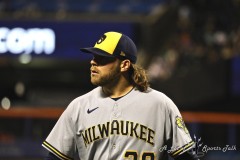 NEW YORK — Looking not too much different than the baby-faced infielder who scored the game-winning, World Series-ending run in the Fall Classic a quarter century ago, Milwaukee Brewers manager Craig Counsell once again made history, but behind the bench — and ahead of every manager the franchise has ever known.

Helped by six strong innings from Corbin Burnes on the mound and a seven-run explosion in the fifth inning, Counsell and the Brewers cruised to a 10-2 victory over the New York Mets at Citi Field on Wednesday evening. The win marked the 564th victory for Counsell as manager of the Milwaukee Brewers, passing Phil Garner on the team’s all-time list for managerial victories.

*Editor’s note: Above the byline is the photo gallery from Friday evening’s contest, with photos taken by ALOST photographer Chris Simon. After clicking on the first photo to enlarge the picture, make sure to press the left and right arrow buttons to scroll through the rest of the pictures. There are seven pictures in total.