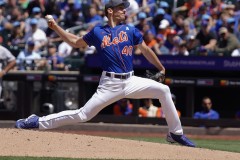 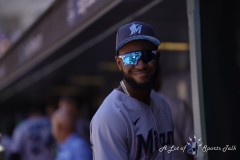 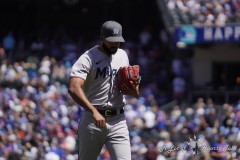 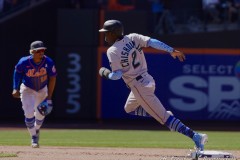 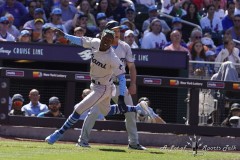 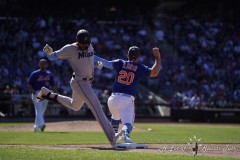 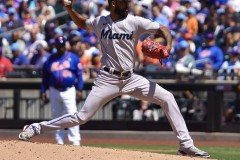 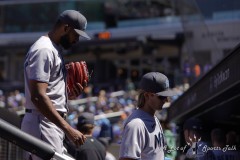 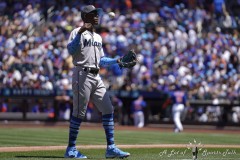 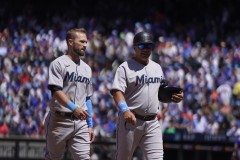 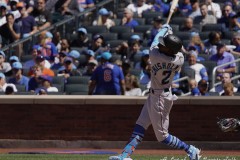 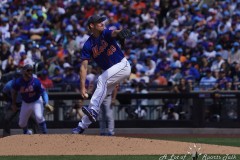 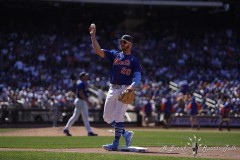 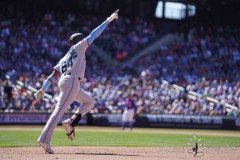 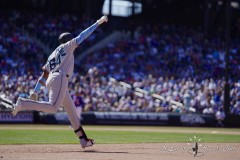 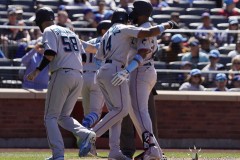 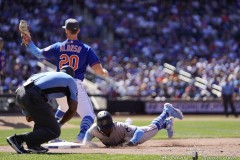 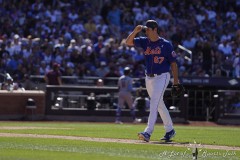 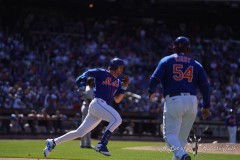 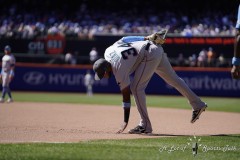 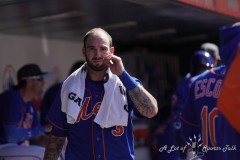 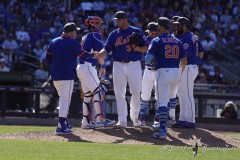 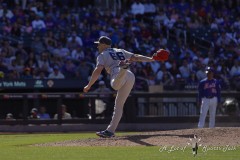 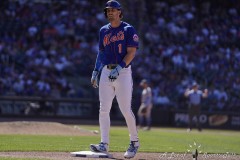 NEW YORK — In his Major League debut, Miami Marlins outfielder Jerar Encarnacíon proceeded to give the National League-leading New York Mets a major headache on the field. After his historic game-deciding swing, and after the game was completed, Encarnacíon was seen wearing a football helmet going into the clubhouse, getting ready for his teammates to give him a literal headache with a number of congratulatory head slaps.

Encarnacíon turned his Major League debut and first hit into history, lining a grand slam into the right field bleachers in the seventh inning to give the Miami Marlins the lead for good in a 6-2 victory over the Mets at Citi Field on Sunday. The clout not only ended the Mets’ shutout bid and gave Miami the lead, it made Encarnacion just the fifth player in history to hit a grand slam in his Major League debut.

The good chunk of Sunday’s contest evolved into a pitching duel between two one-time All-Stars, with Mets starter Chris Bassitt throwing zeroes for the first six innings and Marlins hurler Sandy Alcántara matching him for the first five innings before allowing a two-out triple to Starling Marte and RBI single to Francisco Lindor in the sixth inning to finally open the scoring.

Miami responded immediately after the Mets took the lead, with Miguel Rojas hitting a single to right off Bassitt to start the seventh. Jacob Stallings followed two batters later with a single before Bassitt walked Bryan De La Cruz to load the bases. Bassitt then gave way to reliever Seth Lugo, who came on to face Encarnacíon to try and put out the fire and preserve the Mets lead.

On a 3-2 pitch, Encarnacíon set Citi Fleld alight with a 103.1-mph rocket off his bat, settling into the right field seats to give the Marlins a 4-1 lead and Encarnacíon his place in the history books.

Alcántara continued his All-Star form on the mound, pitching eight innings while allowing just two runs and striking out eight. Alcantara has thrown at least seven innings in eight consecutive starts, the longest such streak since Mets starter Jacob deGrom had eights consecutive starts going seven or more innings in August and September of 2019.

*Editor’s note: Above the byline is the photo gallery from Sunday afternoon’s contest, with photos taken by ALOST photographer Melinda Morales. After clicking on the first photo to enlarge the picture, make sure to press the left and right arrow buttons to scroll through the rest of the pictures. There are 24 pictures in total.