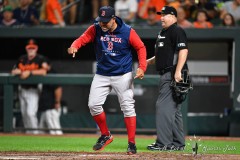 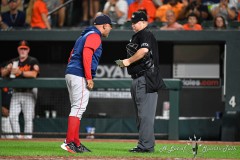 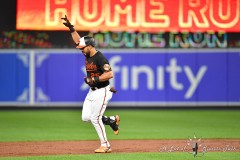 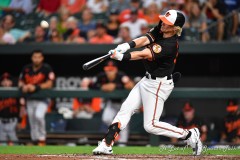 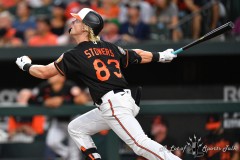 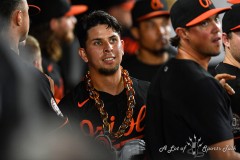 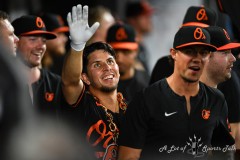 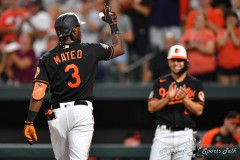 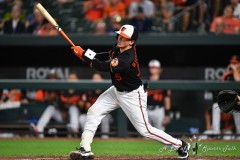 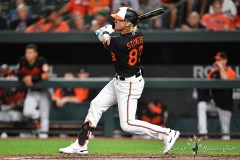 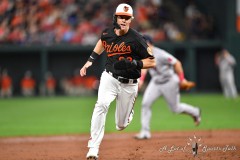 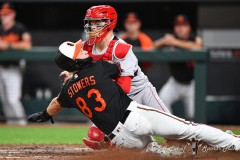 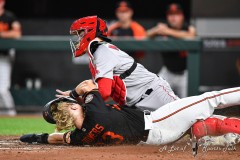 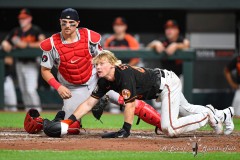 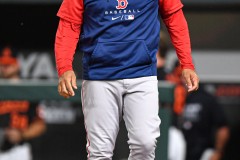 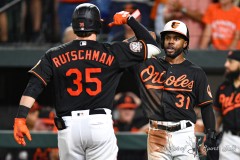 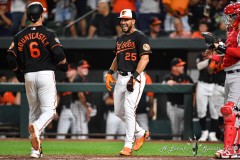 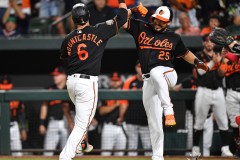 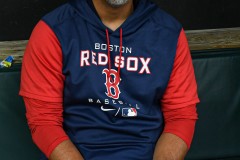 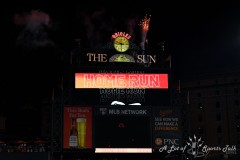 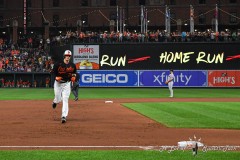 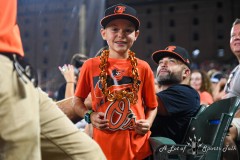 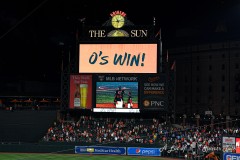 BALTIMORE — After almost four innings on Friday, the links on the Baltimore Orioles’ popular home run chain, which liberally was passed around the dugout, could have easily represented the number of hits the Orioles pounded out, and the hits (and runs) kept on coming in a baseball game that turned into pinball wizard.

The Camden Yards promoters could not have been more prescient in scheduling August 19 as fireworks night (really!), as the Orioles pounded out 18 hits and a season-high-tying five home runs during a 15-10 victory over the Boston Red Sox to begin a three-game series. Eight of the nine starters recorded at least one hit, seven recorded at least two hits, and the five home runs came from five different players: Jorge Mateo, Anthony Santander, Adley Rutschman, Ryan Mountcastle and Ramón Urías.

The Red Sox more than played their part in the hit parade, actually eclipsing the Orioles’ number of hits (19). But unlike Baltimore, the Red Sox did not drive any of their base hits over the wall despite the crooked numbers it put up in multiple half innings.

Not only did Baltimore drive five balls over the wall, almost all of those homers came right as Boston began to seize or reclaim momentum in the game.

Boston’s 2-0 lead after scoring a pair in the second did not last before the inning ended, as Mateo launched his 12th home run, a three-run shot, that just cleared the high left-field wall to give Baltimore a 3-2 lead.

Like déjà vu, Boston scored two more runs in the third to retake the lead, only for the Orioles to put up another three-spot in the bottom of the inning; that crooked number started with an Adley Rutschman single that preceded Anthony Santander cracking his 21st homer to right field. A Rougned Odor sacrifice fly tacked on the third run that inning.

The Orioles’ offense seemed to put the game away with a four-run fourth inning, highlighted by a tape-measure two-run blast from Rutschman and another two-run homer off the bat of Mountcastle, for a 10-4 lead, but Baltimore’s defense opened the door for a Red Sox comeback in the fifth. A Rougned Odor throwing error to first on a routine ground ball hit by Rafael Devers started the inning and, eventually, lead to five unearned runs. Devers scored on a single by Eric Hosmer, and with two out and the bases loaded, Tommy Pham lined a double to left to clear the bases to cut Boston’s deficit to two. When Alex Verdugo followed with a single to score Pham and cut Baltimore’s lead to 10-9, considerable angst from Orioles fans and delirium from the hordes of Red Sox fans enveloped the emotionally-charged (and emotionally-drained) stadium.

Of Baltimore’s slew of hits, the one that led off the bottom of the fifth was the most important, as Urías’ drive to dead center field quickly reestablished some momentum for Baltimore and put the O’s up by two. A two-run double from Santander, an RBI single from Mountcastle and a run-scoring double from Austin Hays allowed Baltimore to match the five runs Boston scored in the previous half inning, restoring order in a game that lacked any sort of order from the first pitch.

While Jordan Lyles and the middle relievers struggled for Baltimore through the first few innings, the back end did step up to hold the Red Sox scoreless for the final three innings. Dillon Tate pitched an inning of scoreless relief before giving way to setup extraordinaire Cionel Pérez, who pitched 1 1/3 innings and allowed no runs on a hit and a walk to get the Orioles to the ninth. Though not a save situation, the Orioles did not take any risk and put in closer Félix Bautista to shut the door in the ninth, and he got the job done as he allowed one hit and struck out one.

*Editor’s note: Above the byline is the photo gallery from Friday evening’s contest, with all photos taken by DC-area photographer Phillip Peters. After clicking on the first photo to enlarge the picture, make sure to press the left and right arrow buttons to scroll through the rest of the pictures. There are XX pictures in total.