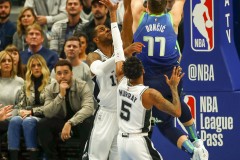 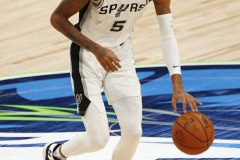 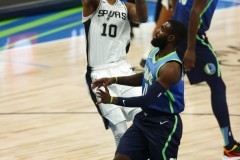 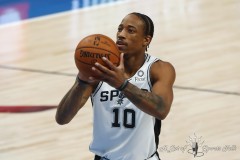 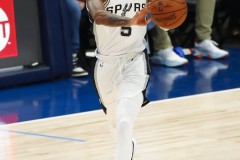 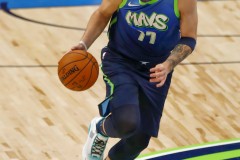 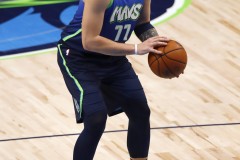 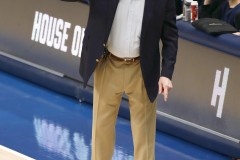 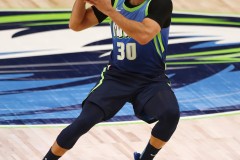 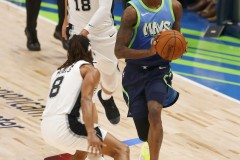 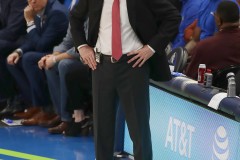 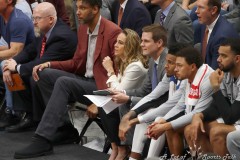 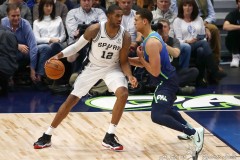 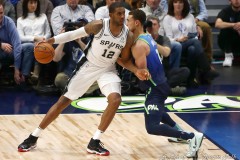 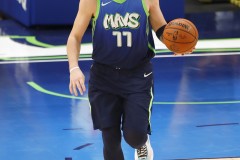 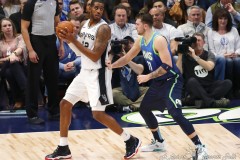 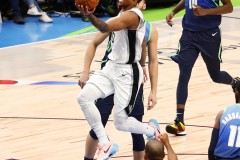 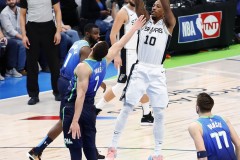 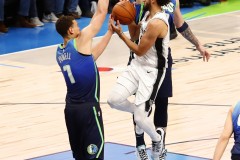 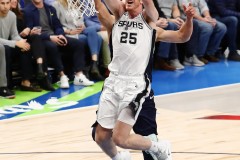 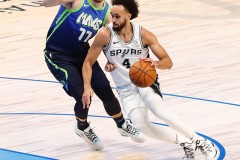 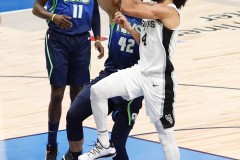 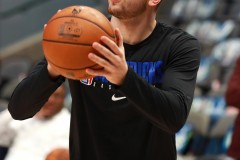 DALLAS — Almost every single step taken by Dallas Mavericks superstar Luka Doncic on Thursday night was attention-grabbing, and not only because he was coming back from an ankle injury. The shoe that housed his tender ankle also grabbed the attention of sneaker aficionados, and Doncic did not miss a step in leading the Mavericks to another win.

After missing four games due to a left ankle sprain almost two weeks ago, Doncic put up his usual eye-popping stat line, scoring a game-high 24 points with 10 rebounds and eight assists as the Mavericks defeated the San Antonio Spurs 102-98 at American Airlines Center.

Five other players scored in double figures for the Mavericks, with Tim Hardaway Jr. scoring 17 and Kristaps Porzingis and Dorian Finney-Smith each scoring 13.

But almost all of the eyes were focused on Doncic and his feet on a day where he officially signed with the Air Jordan “Jumpman” brand to wear their line of footwear. His shoes, along with the tender left ankle housed inside of one of the sneakers, held up pretty well, even if he still was playing himself into game shape.

Given that revelation, the Spurs might consider themselves lucky that they did not lose by a worse margin, given the Mavericks were up by as many as 15 halfway though the fourth.

“I hate to this, he’s not Magic Johnson but it’s Magic Johnson-like in the sense that he sees the floor in that same way,” Spurs head coach Gregg Popovich said. “He’s got a real intuitive sense and you can’t teach that. He’s just got it and he’s great at it. I’m not trying to put the Magic Johnson pressure on him. He’s not ready for that yet, but he’s doing a hell of a job.”

*Editor’s note: Above the byline is the photo gallery from Thursday evening’s game, with all photos taken by Dallas-area photographer Ross James. After clicking on the first photo to enlarge the picture, make sure to press the left and right arrow buttons to scroll through the rest of the pictures. There are 23 pictures in total.