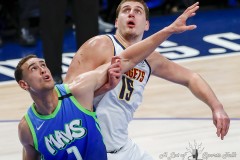 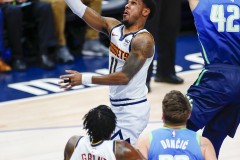 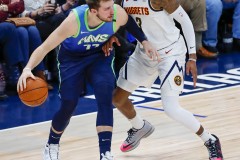 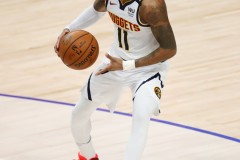 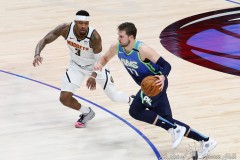 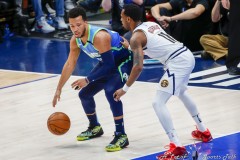 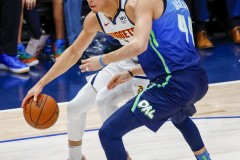 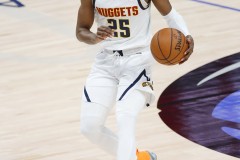 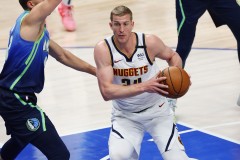 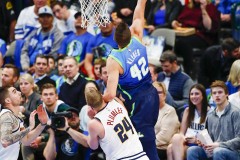 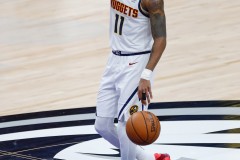 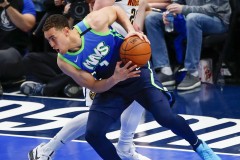 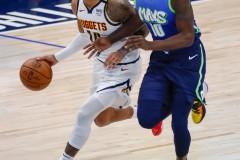 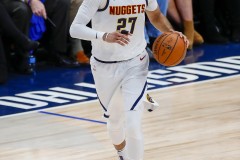 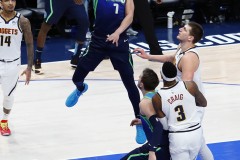 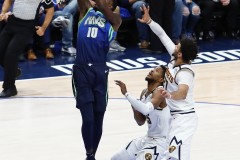 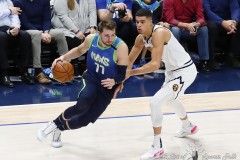 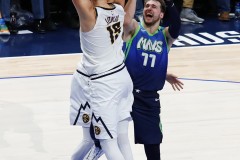 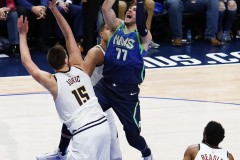 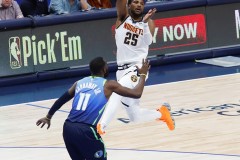 DALLAS — Encouraged by his teammates and his head coach, Denver Nuggets’ All-Star Nikola Jokic embraced his inner Gordon Gekko in the past couple of games, and The Joker’s “Greed…is good” mentality in looking more for his shots produced two of his better scoring performances in his young career — and, more importantly, two wins for the Nuggets.

Jokic scored 26 of his 33 points in the second half, and his layup with 7.9 seconds remaining was the game-winning basket in Denver’s 107-106 victory over the Dallas Mavericks at American Airlines Center on Wednesday night. The win capped off the Nuggets’ longest road trip of the season with a 3-2 record.

Two nights after his career-high 47-point performance in a win in Atlanta on Monday, Jokic got off to a slow start in the first half, missing all of his three shots in the first quarter and ending the half with seven points, before exploding for 21 points in the third.

“I missed a couple easy ones in the first half,” Jokic said. “My teammates were passing me the ball and telling me to shoot. I was just trying to be aggressive and score as much as possible.”

Denver turned to Jokic when the game was on the line, and, with the Nuggets down one on their final possessions, Jokic received the ball at the left elbow before backing down Dorian Finney-Smith — five inches shorter and 30 pounds lighter than Jokic — to the basket and scoring on a short left-handed hook.

Jokic ended the night making 12 of his 20 shots, including 4-of-6 on three-point attempts, while also collecting seven assists and six rebounds.

“No, I didn’t get on him: ‘You’ve got to score 26 points this half,'” said Nuggets head coach Michael Malone. “It was more, ‘Just stay with it.’ He got really good looks in the first half. ‘Didn’t go down for you. We’re going to keep on going to you.'”

Dallas did not get a game-winning shot off, as its final possession ended with an errant Finney-Smith pass intended for Tim Hardaway Jr. that went into the backcourt as time expired.

Luka Doncic came just one rebound shy of another triple-double, leading the Mavericks with 27 points, 10 assists and nine rebounds. He once again had to shoulder the load as Dallas continues to play without forward Kristaps Porzingis, missing his fifth straight game with a right knee injury.

“The game wasn’t lost at the end. It was lost in the first, second, third and little parts of the fourth,” said Hardaway Jr., who had 15 points. “You’ve got to give them credit because they knocked down their contested threes and Jokic got hot.”