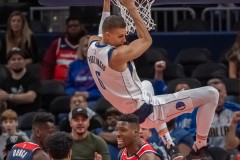 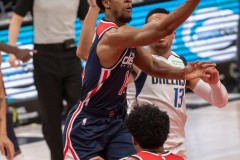 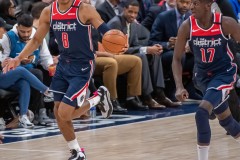 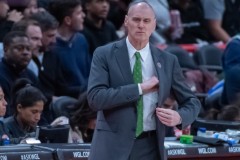 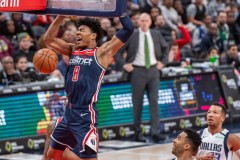 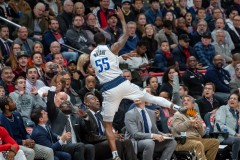 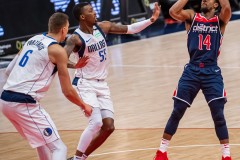 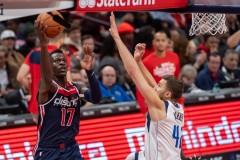 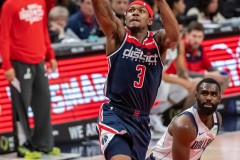 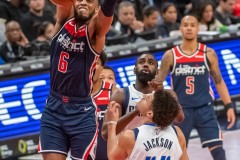 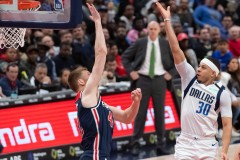 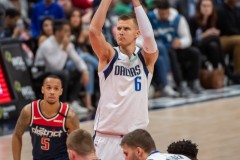 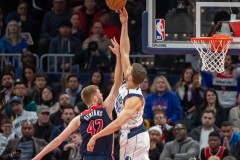 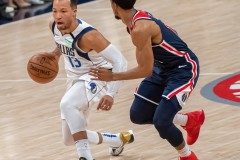 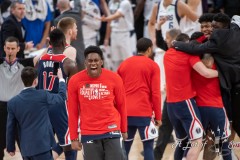 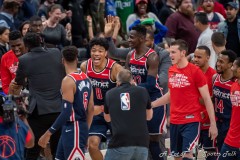 WASHINGTON — If the Washington Wizards complete their season with an unlikely postseason berth, they may not clinch a spot until the very last second — and it probably will look similar to Bradley Beal’s late-game heroics on Friday to continue Washington’s journey up the Eastern Conference standings.

Though Beal missed out on scoring 30 points for an eighth consecutive game, his 29th point came on a layup with 0.2 seconds remaining to secure the Wizards’ 119-118 victory over the Dallas Mavericks at Capital One Arena.

Washington stayed in the contest by knocking down 19 of 38 three-pointers, led by the five threes from reserve Davis Bertans, who finished with 20 points.

The Wizards have now won three of four on their season-long six-game home stand, one where Washington hopes to make a move on eighth-place Orlando to put themselves in position to nick a playoff spot before the end of the season. Washington sits just two games back of the Magic in the loss column.

“It just meant a lot of win at the end of the day,” Beal said. “We’ve got four or five home games before the break. We can take full advantage of that and be sitting right in the playoff picture.”

Beal’s heroics came soon after Tim Hardaway Jr. made just one of two free throws to give the Mavericks a 118-117 lead with 1.8 seconds remaining. On Washington’s winning score, Moe Wagner set a screen at half court for Beal, who fielded the inbounds pass from Troy Brown Jr. in the paint before immediately going up with his game-winning layup over Mavericks defender Delon Wright.

Dallas has lost three of five since star guard Luka Doncic has been out of the lineup with a sprained ankle. Kristaps Porzingis had 17 points, but played most of the game in foul trouble as he had trouble defending Wizards guard Rui Hachimura for most of the evening.

Dallas also committed 14 turnovers that were converted into 23 Washington points, but yet one of the best road teams in the lead was still less than two seconds away from coming away with another away victory.

“The game was lost throughout,” said Mavericks head coach Rick Carlisle. “We had too many miscommunications, and it was a collection of defensive mistakes over 47 minutes and 58.2 seconds or whatever it was that led to this. Just very disappointing.”

Seth Curry led all Mavericks scorers with 20 points off the bench, as seven different Dallas players scored in double figures on the evening.

*Editor’s note: Above the byline is the photo gallery from Friday evening’s game, with all photos taken by DC-area photographer Yusuf Abdullah. After clicking on the first photo to enlarge the picture, make sure to press the left and right arrow buttons to scroll through the rest of the pictures. There are 16 pictures in total.