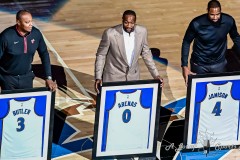 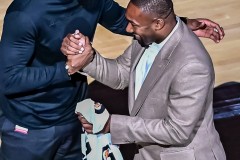 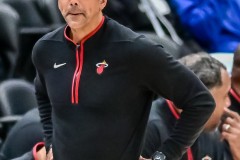 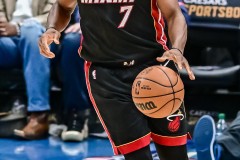 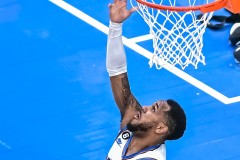 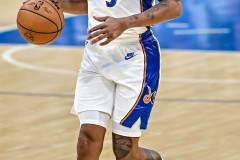 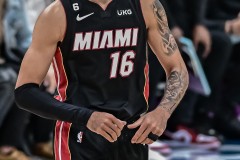 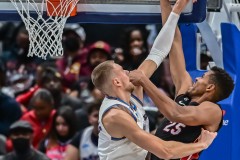 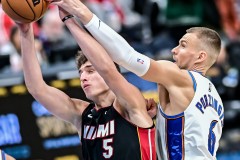 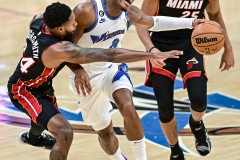 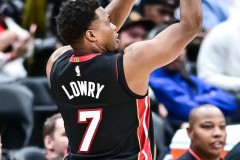 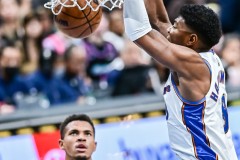 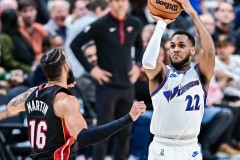 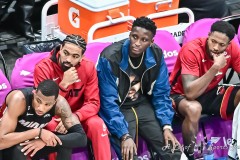 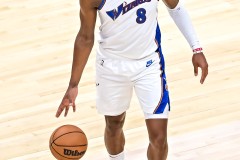 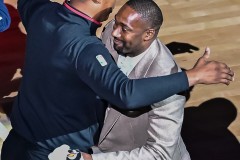 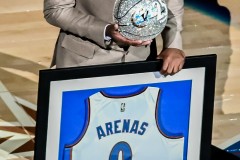 WASHINGTON — The lynchpins of one of the most memorable eras in the history of the Washington Wizards franchise came together for one last reunion on the Capital One Arena court. Wearing the uniforms that those players wore during their time in the nation’s capital, this year’s version of the Wizards pulled out another victory as it maintains the best form it has shown all season.

Bradley Beal scored 27 points, one of three Wizards players with at least 20, to lead Washington to a 107-106 overtime victory over the shorthanded Miami Heat at Capital One Arena on Friday night. Kyle Kuzma had 21 points, including the game-winning free throw in overtime, while Kristaps Porzingis had 21 points and 17 rebounds.

Washington has won five of its last six games, with its only loss coming on a buzzer-beating three-pointer hit by Shai Gilgeous-Alexander of the Oklahoma City Thunder on Wednesday.

Along with wearing the duds that the team wore in the first part of this century, the Wizards honored the trio of Gilbert Arenas, Antawn Jamison and Caron Butler, the trio that led the Wizards to three consecutive playoff appearances from 2006-2008, during a halftime ceremony.

One of the Wizards’ current Big 3, Kuzma, forced overtime with a three-pointer from the left corner with 15 seconds remaining as the Washington scored the final five points of regulation to tie the game at 104. Only five points were scored in the overtime combined, as Kuzma’s free throw with 2:48 remaining in the extra session was the last point scored in the game. Porzingis’ dunk on the Wizards’ second possession of overtime, giving Washington a 106-104 lead, was the only field goal made by either team in the period.

Miami only dressed eight players and had only seven who were healthy enough to play, with Jimmy Butler (left knee), Bam Adebayo (left knee) and Tyler Herro (left ankle) all out with injuries. Duncan Robinson and Dewayne Dedmon also mussed the game through injury.

Kyle Lowry posted a triple -double with 24 points, 15 assists and 10 rebounds as he played 50 out of a possible 53 minutes on the night.

*Editor’s note: Above the byline is the photo gallery from Sunday evening’s game, with all photos taken by DC-area photographer Rodney Pierce. After clicking on the first photo to enlarge the picture, make sure to press the left and right arrow buttons to scroll through the rest of the pictures. There are 17 pictures in total. 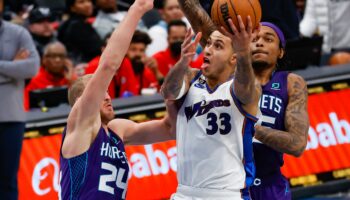 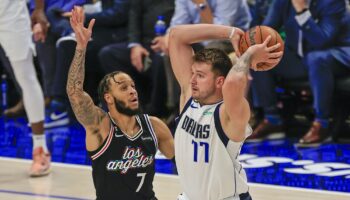 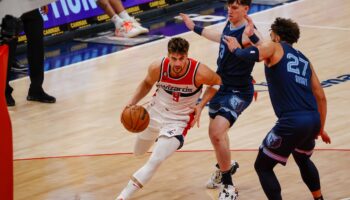