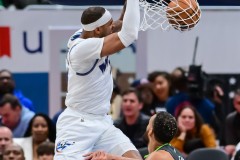 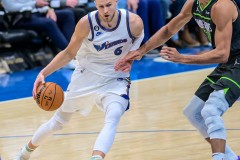 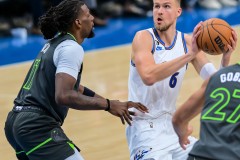 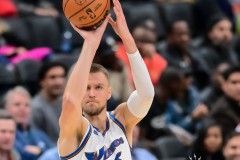 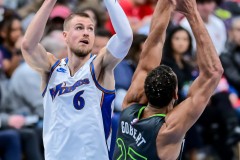 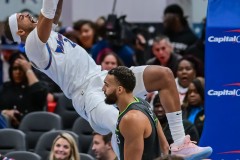 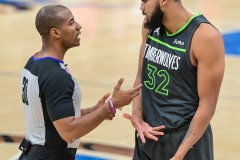 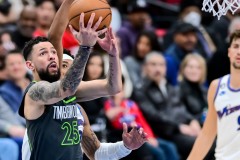 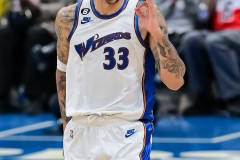 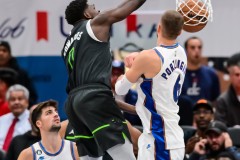 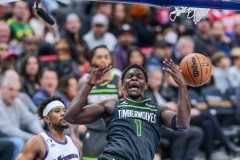 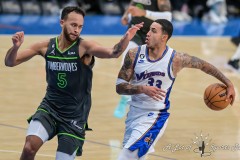 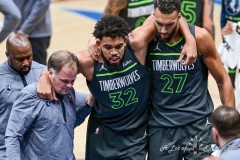 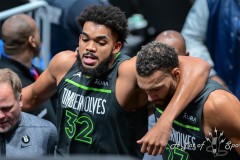 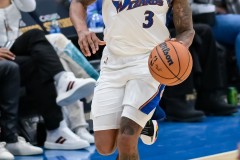 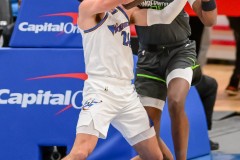 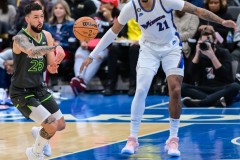 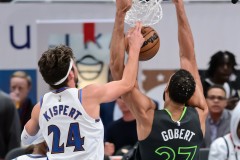 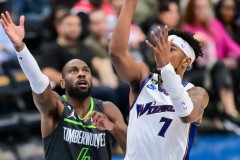 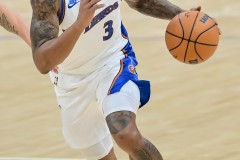 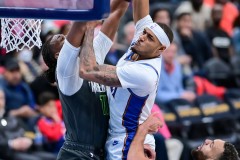 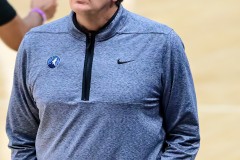 WASHINGTON — One of the premier big men in Monday night’s game at Capital One Arena had a game for the ages, while another had a painful night to forget.

Kristaps Porzingis went for a career-high 41 points, which included six three-pointers, as the Washington Wizards exploded for 142 points in a 142-127 victory over the Minnesota Timberwolves, who lost star forward Karl-Anthony Towns to injury in the third quarter. Kyle Kuzma had 23 points, eight rebounds and nine assists while Bradley Beal scored at least 20 points for the ninth consecutive game with his 22 points.

The win snapped a three-game losing streak for the Wizards, while Minnesota has now lost three straight on the heels of a season-long five-game winning streak.

Porzingis was close to putting up a career night in the first half, with 29 of his 41 points coming in the game’s first 24 minutes. Washington followed up its 38-point first quarter with a 39-point second to take a 77-58 lead into the half.

Midway through the third quarter, Towns, while running up the court after a rebound, crumpled to the court and reached for the back of his right leg in obvious pain. He was helped off the court by a trainer and teammate Rudy Gobert, and the early indication is that the injury is a calf strain, which would put the All-Star out of action for 4-6 weeks.

Anthony Edwards had 29 points and eight rebounds to lead the Wolves, but he also committed seven of Minnesota’s 18 turnovers. Those 18 giveaways led to 29 points for the Wizards.

*Editor’s note: Above the byline is the photo gallery from Monday evening’s game, with all photos taken by DC-area photographer Yusuf Abdullah. After clicking on the first photo to enlarge the picture, make sure to press the left and right arrow buttons to scroll through the rest of the pictures. There are 22 pictures in total.