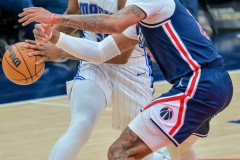 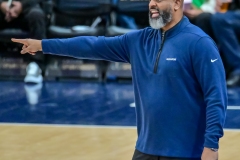 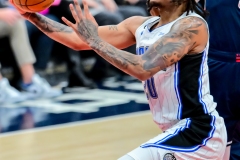 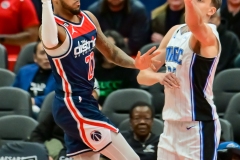 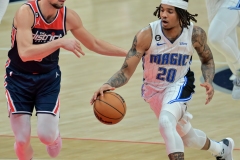 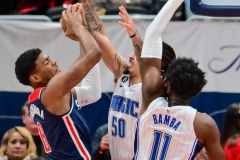 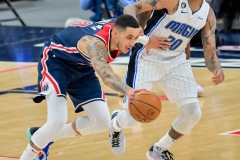 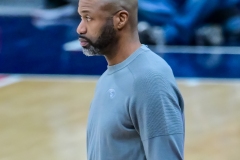 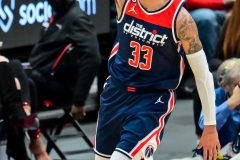 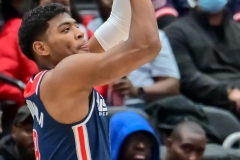 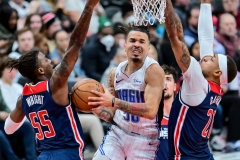 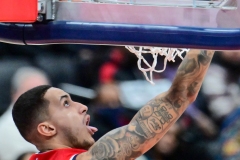 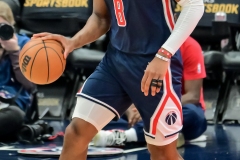 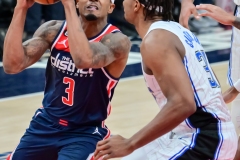 WASHINGTON — In the past calendar month, Washington Wizards Rui Hachimura has performed like a player who is taking the next step in becoming a significant building block for an NBA franchise. The biggest mystery now lies in which city Hachimura will be displaying his talents by the time the NBA trade deadline passes in a couple of weeks.

Hachimura scored a career-high-tying 30 points, leading the Washington Wizards to a 138-118 victory ver the Orlando Magic inside Capital One Arena on Saturday. Kyle Kuzma added 25 points, 10 rebounds and six assists as Washington won its second straight.

With the Wizards languishing in 12th place in the Eastern Conference, two games out of the play-in places for the NBA postseason, the rumor mill has heated up once again in the nation’s capital, with Kuzma’s name the most bandied about in terms of which pieces the Wizards might consider moving before the February 9 trade deadline. Kuzma’s place in the starting lineup, however, is one of the main reasons that Hachimura, the Wizards’ first-round pick in 2019, has not been a regular starter in Washington. Hachimura, who has yet to play more than 57 games in the regular season in his career, is a restricted free agent at the end of the season, and his improved play over the past month may be more of a showcase for other teams than a sign for Washington that he should be included in the Wizards’ longterm plans.

On Saturday, Hachimura’s efforts produced his 22nd game of scoring in double figures in 30 games off the bench this season, and his 30 points tied a career high, which he initially set back on December 29 in a win over Phoenix. After going scoreless in the first quarter, Hachimura scored at least 10 points in each subsequent quarter, helping the Wizards maintain a healthy lead after Washington ended the first quarter with a 37-26 lead.

“I just got to play my game. I know what I can do, and I can help the team to win,” Hachimura said afterward. “It’s either here or another team. I can help teams.”

More of Hachimura’s postgame comments clearly hinted at the possibility of Hachimura no longer being a member of the team very soon, and his performances lately might end up giving the right team the perfect boost — including the Wizards — heading down the home stretch of the season.

*Editor’s note: Above the byline is the photo gallery from Saturday evening’s game, with all photos taken by DC-area photographer Yusuf Abdullah. After clicking on the first photo to enlarge the picture, make sure to press the left and right arrow buttons to scroll through the rest of the pictures. There are 14 pictures in total. 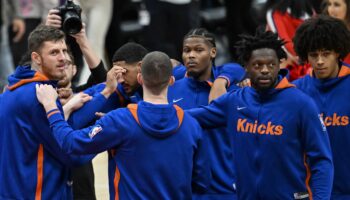