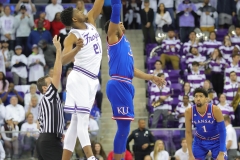 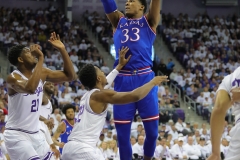 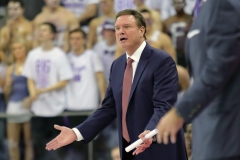 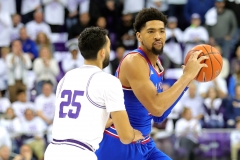 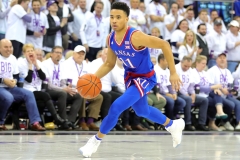 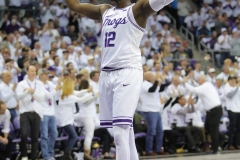 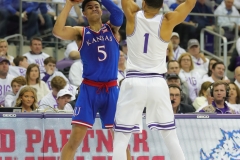 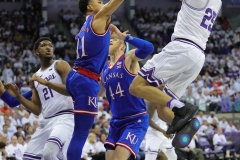 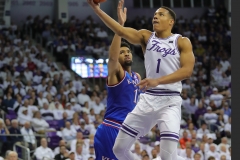 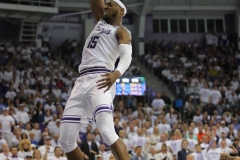 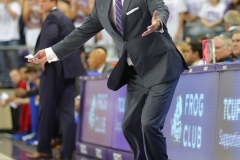 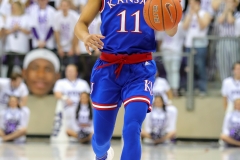 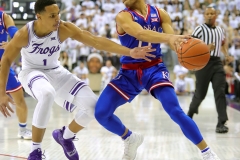 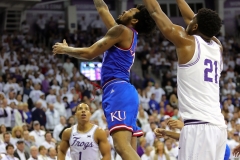 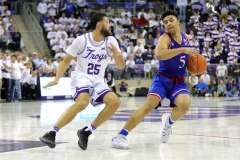 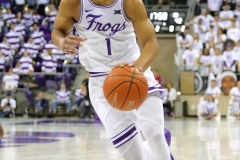 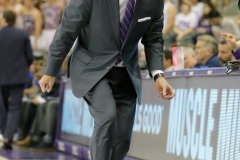 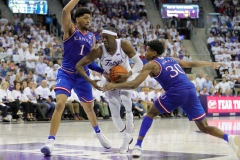 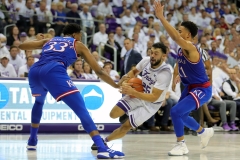 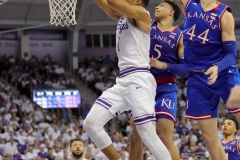 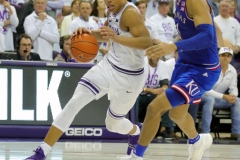 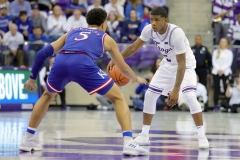 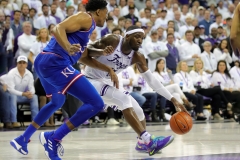 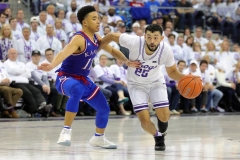 FORT WORTH, Texas — No game this season epitomized the roller-coaster of a campaign that Kansas head coach Bill Self has had to navigate with his largely inexperienced Jayhawks than last night’s see-saw affair in The Metroplex, a game that Kansas looked as if it had won — and lost — at least a couple of different times during the course of the contest. Though a number of those rides this season have made Self queasy afterward, Monday’s result left Kansas in a state of euphoria that could end up becoming the catalyst for a late-season charge at securing yet another Big 12 championship.

Forced to start four freshmen for a second consecutive game due to a myriad of absences, Kansas’ neophytes responded, namely guards Devon Dotson and Ochai Agbaji, who combined for 45 points and 21 rebounds in registering double-doubles, as they led the Jayhawks to just their second true road win of the season, an 82-77 overtime victory over TCU in a raucous, sold-out Schollmaier Arena.

There may not be too much of an argument made from Kansas supporters that tonight’s win was the Jayhawks’ most important of the season, despite the fact they had already racked up wins against five teams that currently rank in the top 15 of the the Associated Press’ most recent Top 25 poll. However, all of those wins came when veterans such as Lagerald Vick, Udoka Azubuike and/or Marcus Garrett were on the floor to lead the crop of talented freshmen, and losses in the last two weeks to Texas and to current conference leader Kansas State left Kansas two games in back of first place in the loss column, seriously putting a 15th consecutive Big 12 regular season championship in peril.

All three were absent on Monday night due to injury or personal reasons, forcing the young Jayhawks to grow up quickly in a situation where the team has struggled the most all season long: attempting to win a true road game.

The kids matured and made winning plays belying their inexperience, but, after all was said and done, they celebrated as if they were schoolchildren getting off the most thrilling, death-defying amusement ride.

“It’s the best locker room we’ve had all year by far,” KU head coach Bill Self said after the win. “Even after beating Tennessee and Marquette and Michigan State, Villanova it wasn’t like that.”

Having already lost six of their seven true road games this season, the Jayhawks got off to the most inauspicious start as the Horned Frogs, fresh off of their first road win against a ranked opponent in 21 years after their triumph at Iowa State last Saturday, scored the first seven points of the game, forcing Self to call an early timeout.

The slow start, plus forward Dedric Lawson, the conference’s scoring and rebounding leader, converting on just one field goal in the first half would have portended more travel sickness for the Jayhawks if it were not for Dotson and Agbaji, who combined for 24 of the team’s 37 first-half points. Another freshman, Quentin Grimes, made a jumper just before the first half buzzer to even the score at 37 at intermission.

Dedric’s brother, K.J. Lawson, scored twice on layups late in the first half — something he would do late in the second half to force overtime — to help keep the Jayhawks within striking distance.

“Devon and Ochai were fabulous,” Self said. “The other guys gave good minutes. K.J., Ochai and Devon were without question the best we had tonight.”

Their stellar play carried over into the second half, and the emergence of Dedric Lawson in the first part of the half helped the Jayhawks build a commanding lead. Two free throws and a jumper by another freshman, forward David McCormack, gave Kansas a 61-49 lead with 9:04 remaining.

But a team led by freshmen will surely experience their share of valleys to counteract the peaks, and the Jayhawks were ambushed from then on by a 20-4 run by the Horned Frogs which gave TCU a 69-65 lead with just over two minutes remaining. Coincidentally, TCU stormed back into the lead mostly on the back of a freshman, reserve point guard Kendric Davis, whose relentless drives to the basket continued to cause headaches for the Jayhawks defense. He finished with 16 points, five rebounds, seven assists and two steals.

From then on, the Lawsons stepped up to salvage what would have been another demoralizing loss, as Dedric converted on a layup after an offensive rebound and, after a TCU turnover, K.J. scored on a runner in the lane with 26 seconds remaining to tie the score at 69 and send the game into an extra session.

The sequence leading up to K.J. Lawson’s late layup ended up being TCU’s last lead, as Kansas did not trail at any point in the overtime while foiling the Horned Frogs’ chance to win back-to-back games against ranked opponents for the first time in school history.

“We obviously can compete with anybody in the country. We competed against Kansas tough,” said TCU guard Desmond Bane, who led the Horned Frogs with 18 points. “We should have won this game down the stretch.”

Along with mental toughness, at least one of the Jayhawks’ freshmen had to fight through physical ailments, as Dotson, who made six free throws in the overtime session, played the latter part of the game dealing with leg cramps. In essence, just another step in the process of maturing into the next special player in Lawrence.

“It’s huge for us,” Dotson said. “We wanted to turn around our road season. We were kind of struggling there. It’s a big win for us. We knew coming in it would be a fight. They were not going to let up.”

If the Jayhawks’ freshmen continue to not let up, however, Kansas’ roller-coaster ride of a season quickly could become a magical ride come March.

*Editor’s note: Above the byline is the photo gallery from Monday evening’s game, with all photos taken by Dallas-area photographer Ross James. After clicking on the first photo to enlarge the picture, make sure to press the left and right arrow buttons to scroll through the rest of the pictures. There are 24 pictures in total. 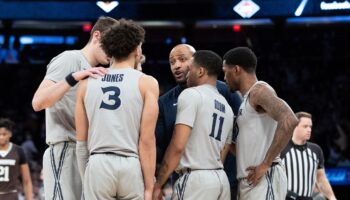 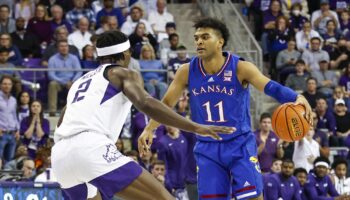 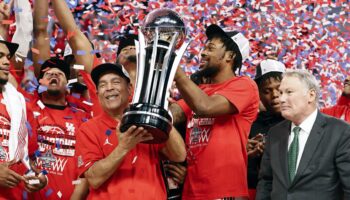