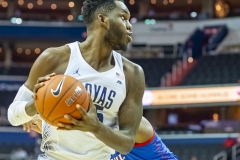 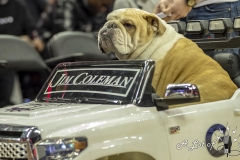 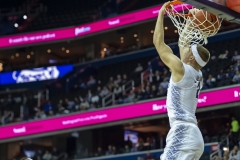 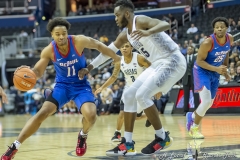 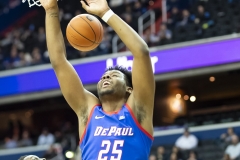 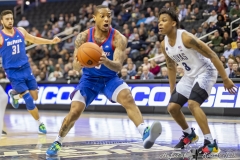 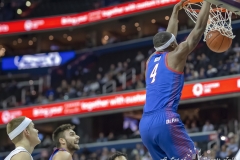 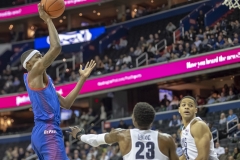 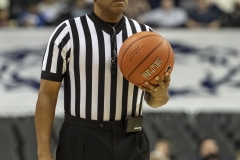 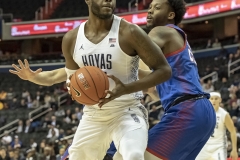 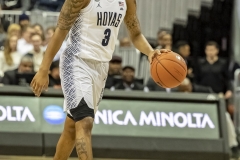 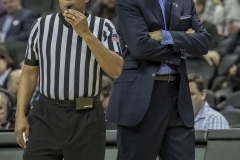 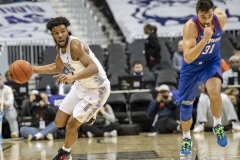 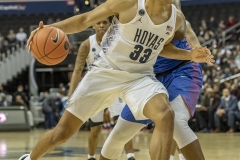 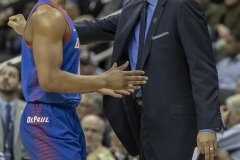 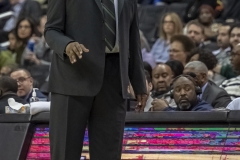 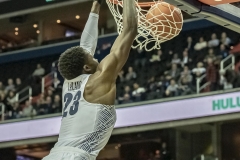 WASHINGTON — Georgetown head coach Patrick Ewing continues to talk about his team’s ultimate goal for this season, making the NCAA Tournament. That achievement looked like a pipe dream just a couple of months ago, but the Hoyas’ recent home form has a number of people surrounding the program believing that they could finish the season making that dream a reality.

Jessie Govan scored 26 points while Mac McClung scored 11 of his 15 points in the first half when the Hoyas shot 54 percent from the floor, on their way to an 82-73 victory over the DePaul Blue Demons on Wednesday night.

“I thought we came with energy, effort, mental and physical toughness,” Georgetown Head Coach Patrick Ewing said. “We did everything we needed to do to get the win.”

Building off their home win last week against nationally-ranked Villanova last week, the Hoyas (17-11, 7-8 Big East) were paced by the early offense of McClung and Govan in building an early sizable lead. Govan scored 14 points in the games first 20 minutes, making six of his 12 shots from the field. McClung’s 11 points in the first half included a highlight-reel reverse dunk which gave Georgetown a 42-31 lead with just over two minutes remaining in the first half.

DePaul’s Eli Cain made back-to-back three-pointers to bring the Blue Demons (13-13, 5-10) within single digits for the first time in the second half, 69-60, with 7:32 remaining in the second half. A three-point play by Devin Gage cut DePaul’s deficit to seven with 1:05 remaining, but that was as close as the game was before the final buzzer.

Max Strus led all Blue Demons scorers with 25 points, as DePaul has now lost four straight and seven of their last nine contests.

*Editor’s note: Above the byline is the photo gallery from Wednesday evening’s game, with all photos taken by DC-Area photographer Yusuf Abdullah. After clicking on the first photo to enlarge the picture, make sure to press the left and right arrow buttons to scroll through the rest of the pictures. There are currently 17 pictures in total.