A Senior Night to Remember…Eventually (Seton Hall at Georgetown; 03.02.19) 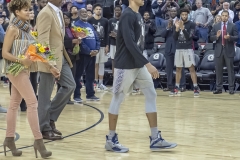 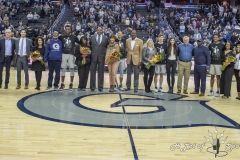 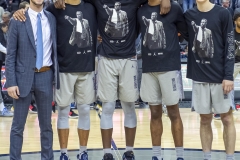 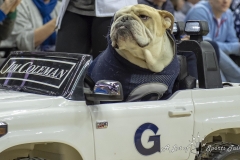 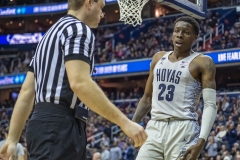 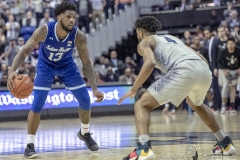 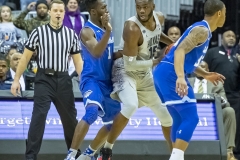 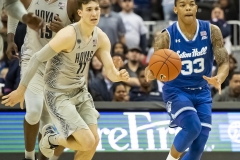 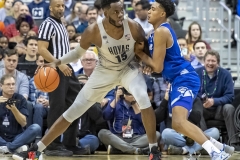 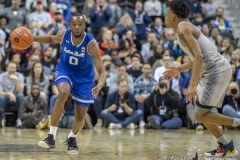 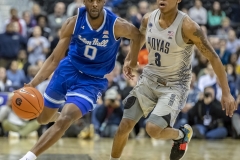 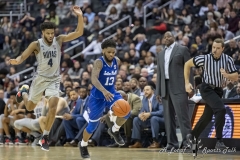 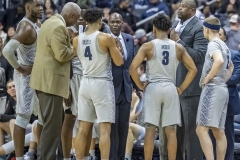 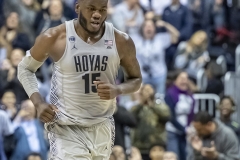 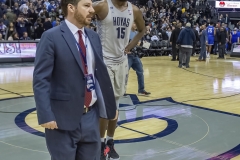 WASHINGTON — The chances of everything going wrong on the special day for a special player, Georgetown senior center Jessie Govan, unfortunately were improving with every missed shot from his right hand, with his every attempt at the rim not finding the target in the first 20 minutes. While Govan’s range only slightly improved in the second half, the fact that the opponent tied the game late and forced overtime turned out to be the best thing to happen to Govan and the Hoyas in continuing their charge towards an NCAA Tournament berth.

In front of friends and family on Senior Night, Govan scored 15 of his 21 points after regulation, including a layup after an offensive rebound that sealed the win in Georgetown’s 77-71 double-overtime victory over Seton Hall at Capital One Arena on Saturday, a game which could have massive implications as far as the NCAA Tournament bubble in concerned.

The Hoyas (18-11, 8-8 Big East) have won three of their last four games, including wins against a then nationally-ranked Villanova and the bubble-residing Pirates.

“Tonight was the proudest I’ve ever been of my team,” Georgetown head Coach Patrick Ewing said. “As a coach, you want your team to take on your personality. Tonight they took on my personality. We fought for everything and I’m very proud of them.”

Govan, after missing all seven of his shots and going scoreless in the first half, ended up making four of his six field goals in the game — as well as all six of his free throws — in the overtime sessions. He scored 15 of the 18 combined points the Hoyas scored after regulation.

Seton Hall (16-12, 7-9 Big East) twice tied the game late to force extra sessions. Michael Nzei hit a jump hook with 23 seconds remaining in regulation to tie the score at 59-59 and, late in overtime, Jared Rhoden scored on a fast-break layup after a pass from guard Myles Powell with just over one second remaining to force the second overtime.