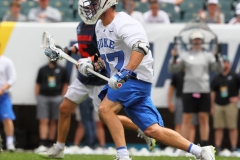 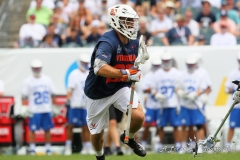 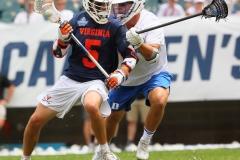 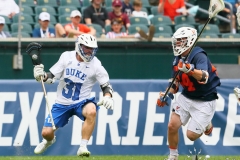 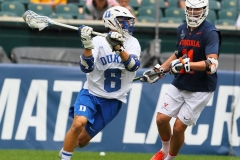 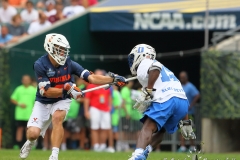 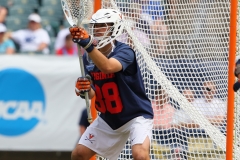 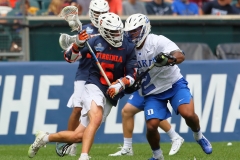 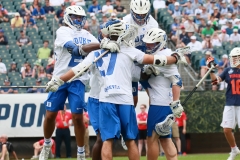 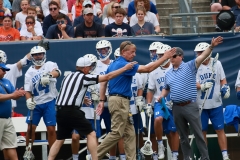 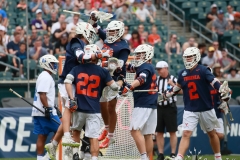 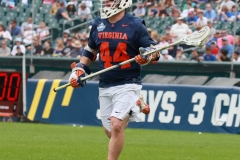 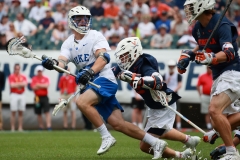 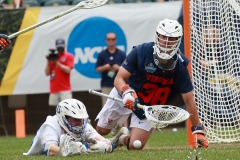 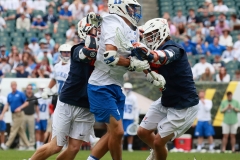 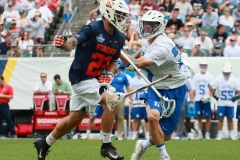 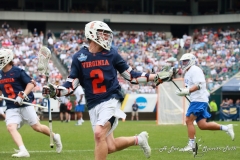 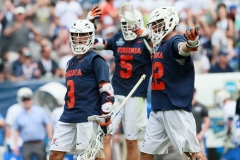 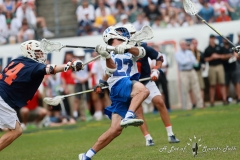 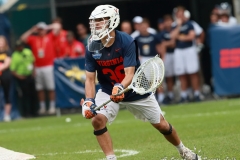 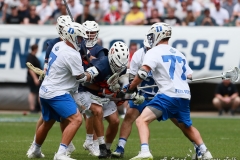 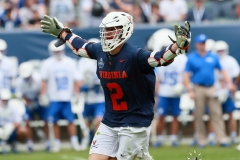 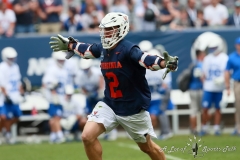 PHILADELPHIA — Given their slew of great escapes all season long, including a near unfathomable comeback from five goals down in the fourth quarter last weekend, the third-seeded Virginia Cavaliers must have interpreted a two-goal deficit with two minutes remaining in today’s national semifinal game as a small hurdle to leap over. In that short amount of time, Virginia once again turned imminent defeat into improbable delight, taking their place onto the championship stage for the first time in almost a decade.

Attacker Ian Laviano scored the game-tying goal with 15 seconds remaining in regulation before netting the game winner 51 seconds into the second overtime as the Cavaliers defeated Duke 13-12 in the first of two national semifinals at Lincoln Financial Field in Philadelphia on Saturday afternoon. The win puts the Cavaliers into the championship game on Memorial Day, the first time the storied lacrosse program will play for a national title since 2011.

“I’m really, really fortunate to coach men who will buy in, do whatever is asked of them, and commit to being the best team player they can be,” said Virginia head coach Lars Tiffany.

The commitment shown by the Cavaliers despite constant in-game adversity has been a hallmark for the 2019 Cavaliers, whose victory today marked the eighth time this season they have pulled off a fourth-quarter comeback, a stretch that included overcoming four-goal deficits earlier in the season against Syracuse and Brown in back-to-back overtime wins and their double-OT win after being down five goals with 10:38 remaining against Maryland in last week’s quarterfinal round in Long Island.

Virginia failed to score on its first two opportunities to score in the overtime session, while Duke hit the post during a possession in the extra session. In the second overtime, it was Moore who once again Laviano, who was standing right in front of the crease to tap in the game winner with 3:51 remaining in the second overtime.

“I’m not thinking. That’s something that me and Matt have connected on before,” Laviano said about the game-winning goal. “Incredible look by Matt, and I just had to do the easiest part and put it in the back of the net.”

Laviano scored four times for the Cavaliers with the game winner marking his 50th of the season.

After going down 2-1 after the first 15 minutes, Duke scored each of the four goals in the second period to take a 5-2 halftime lead, getting goals from four different players: CJ Carpenter, Brad Smith on the man-up advantage, Joey Manown and Joe Robertson. Smith scored three goals to lead the Blue Devils attack.

“[Virginia] play[s] very simply but in their simplicity they get very good at. They’re highly skilled players, and you knew at halftime we weren’t going to hold them to 4 goals,” said Duke head coach John Danowski. “We weren’t going to hold them to another two in the second half. The hope was that we would have scored a couple more goals, maybe could have cleared the ball a little smarter, toward the end there, but, again, it’s not one play that wins or loses one of these games; it’s a multitude of plays over the course of 65, 66 minutes today.” 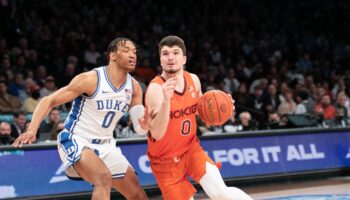 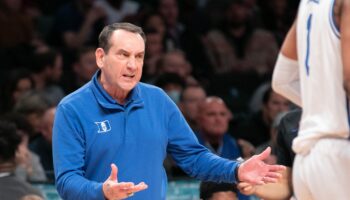 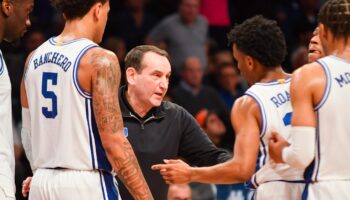 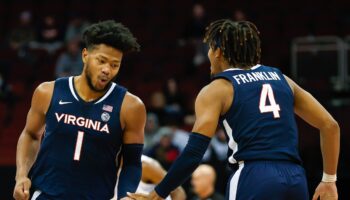 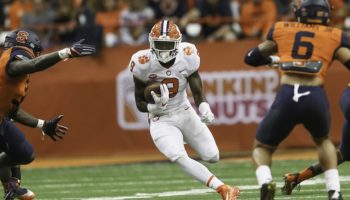