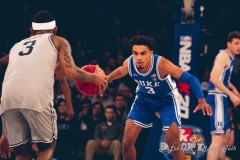 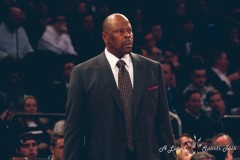 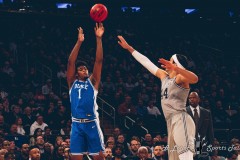 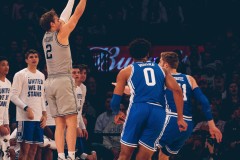 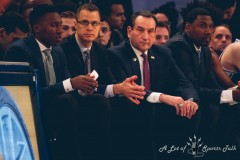 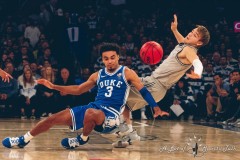 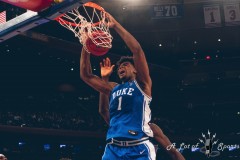 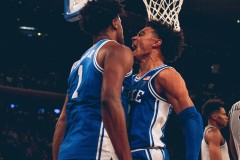 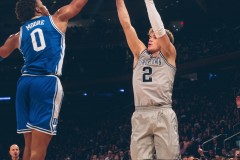 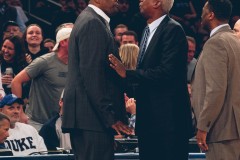 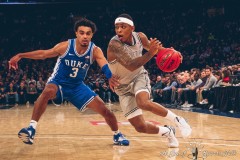 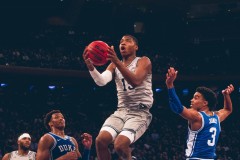 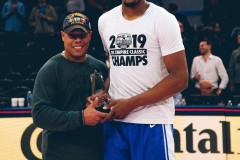 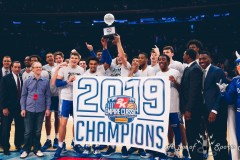 NEW YORK — There is no fooling any college basketball fan that the freshman wearing No. 1 on this year’s Duke men’s basketball team bears little resemblance to last year’s force of nature who happened to wear the same jersey number in his one and only year in Durham. Before the end of the season however, Vernon Carey Jr. may end up being the left-handed Blue Devil sensation who picks up where Zion fell short and lead Duke to another national championship.

Carey completed his coming-out party on the biggest stage the sport has to offer in grand fashion, scoring 20 points and 10 rebounds in leading the top-ranked Blue Devils to an 81-73 victory over Georgetown in the championship game of 2K Empire Classic benefiting Wounded Warrior Project.

*Editor’s note: Above the byline is the photo gallery from Friday evening’s contest, with all photos taken by New York City area photographer Roberto Carlo. After clicking on the first photo to enlarge the picture, make sure to press the left and right arrow buttons to scroll through the rest of the pictures. There are 14 pictures in total.