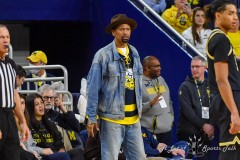 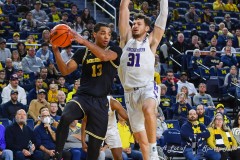 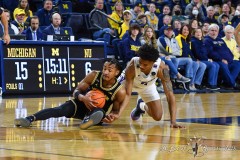 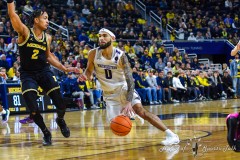 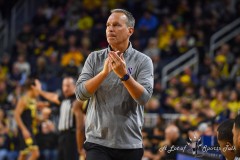 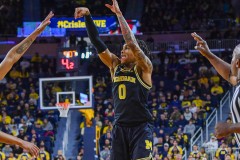 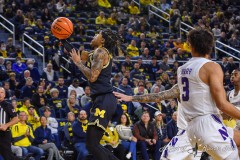 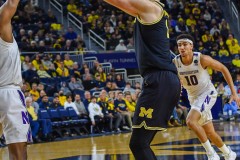 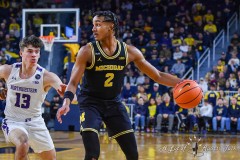 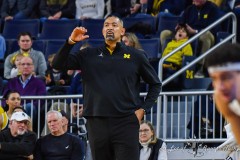 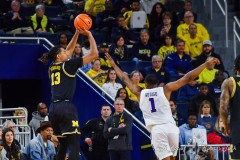 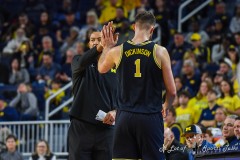 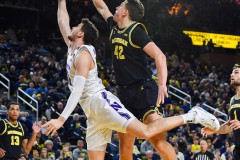 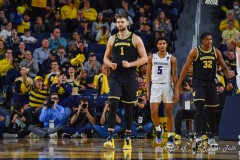 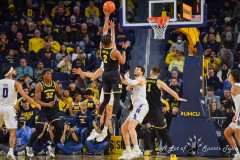 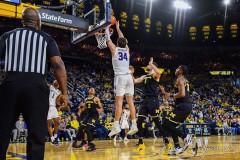 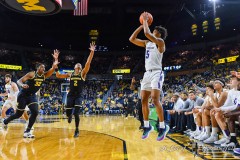 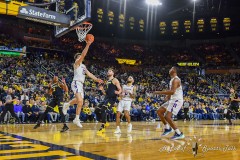 ANN ARBOR, MICHIGAN — Given the current losing streak, the amount of losses it already has and the daunting schedule that the Big Ten Conference has in store for every member for the rest of the season, the Michigan Wolverines’ road to an NCAA Tournament berth will be bumpy at best — similar to the game that it played against a team well-versed into coming into opposing gyms and leaving with victories But for every second half run that their opponent made, the Wolverines stood tall enough to rebuff every single threat to come away with a much-needed win.

Kobe Bufkin scored 20 points while big man Hunter Dickinson had 10 points and 15 rebounds as the Wolverines defeated Northwestern 85-78 at Crisler Center on Sunday afternoon. The Wolverines shot 51.8 percent from the field (29-for-56) and made 10 of their 22 three-point attempts on their way to snapping a two-game losing streak.

The back-and-forth nature of the game for the first 30 minutes of the contest changed when the Wolverines, down 59-58 with halfway through the second half, embarked on an 8-0 to take the lead for good. Bufkin started the run with a basket, Dickinson then followed with a jumper and a free throw, and Joey Baker capped off the spurt with a three-pointer at the 7:31 mark to give Michigan a 66-59 lead.

The Wolverines’ lead ballooned to 10, 77-67, with 2:29 remaining before Northwestern made one final push to cut the lead to five, at 79-74, on a Boo Buie layup with 43 seconds remaining. A free throw each from Terrance Williams II and Dickinson reestablished a three-possession lead before Bufkin’s dunk — after a Buie layup and Northwestern’s failed attempt to foul intentionally — sealed the game.

“Resilient,” Michigan head coach Juwan Howard said about his team after the game. “We understand basketball is a game of runs and if we lay down and are not resilient, we wouldn’t have the outcome we wanted.

“I feel like [the win] could help a lot This is a perfect time to gain momentum, so if we lock in on our next opponent and take each game one at a time, we should be fine.”

Buie led the Wildcats with 22 points and five assists. Northwestern had won each of its three true road games before today, which included victories against then-No. 20 Michigan State and then-No. 15 Indiana.

*Editor’s note: Above the byline is the photo gallery from Sunday afternoon’s game, with all photos taken by Detroit-area photographer Aaron J. Thornton. After clicking on the first photo to enlarge the picture, make sure to press the left and right arrow buttons to scroll through the rest of the pictures. There are 18 pictures in total. 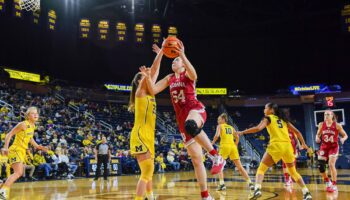 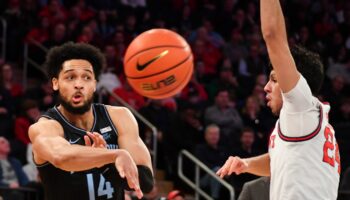 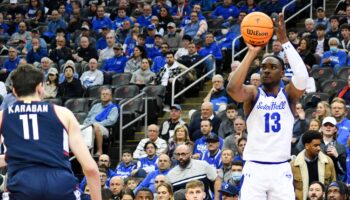 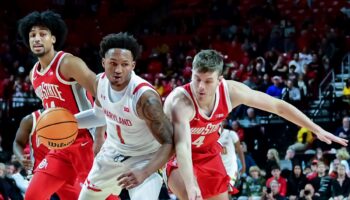