After nearly a fortnight of the grandest game of Two Truths and a Lie that has come to be known as “DeflateGate,” I’m sure it’s now safe to talk about the actual football game that is to take place on Sunday. At least I think so.

Sunday just happens to be Super Bowl Sunday, of course, and the matchup between the New England Patriots and the Seattle Seahawks already has pundits believing this might be the most competitive Super Bowl of all time, as almost nothing separates these two squads. It also offers up a countless number of storylines, with the most intriguing of which being the dynastic element both teams carry into the game.

New England, winners of three Super Bowls since the turn of the century, are looking to cement their status as the latest – and maybe greatest – dynasty pro football has seen since the advent of free agency, with head coach Bill Belichick and quarterback Tom Brady looking to join the coach-quarterback tandem of Chuck Noll and Terry Bradshaw (Pittsburgh Steelers) as winners of four Lombardi Trophies together. Seattle, the defending champion, is looking to become the first repeat champion since the Patriots turned the trick after the 2003 and 2004 seasons. Could we be seeing a passing of the torch by Sunday’s end?

Also, seeing the New England Patriots offense, with Brady at the helm quarterback, going up against the “Legion of Boom” defensive secondary, led by cornerback Richard Sherman and safety Earl Thomas, is definitely worth the price of admission…well, if you were willing to fork over $10,290 (£6,828.59), the lowest price you can currently get a ticket for on StubHub, to actually see the game in person.

As you watch the game on the big screen (unless you’re currently placing an order on that Super Bowl ticket as we speak), here are four main themes that we’ve selected that you should concentrate on that should go a long way in determining the game’s outcome.

Getting to Tom Brady

As much as Tom Brady looks good on his feet – whether throwing touchdowns on the field or showing off his Hollywood looks off of it – opposing players will tell you he looks even better while on his back: as in after he’s been sacked. With the league being more offense-friendly than it ever has been, getting pressure on a quarterback is even more at a premium, with the perfect example coming in the five prior Super Bowls the Patriots have played with Brady as their signal-caller. As the Patriots were winning three Super Bowls in a four-year span in the last decade, Brady was sacked a combined total of three times in those game, with one of the “sacks” occurring when Brady lost a fumble while faking a handoff to his running back, Kevin Faulk, on an attempted play-action fake during Super Bowl XXXIX. In the two losses, both to the New York Giants, Brady was sacked a total of seven times and was hurried an astounding 17 times. Last year’s Super Bowl saw the Seahawks put constant pressure, especially up the middle, on another future Hall-of-Fame quarterback, Peyton Manning of the Denver Broncos. Sacks are not necessarily the order of the day for Seattle’s defense, but making Brady uncomfortable in the pocket is paramount, especially since the Patriots and Brady are adept at getting rid of the ball quickly before pressure even arrives at Brady’s lap.

In just three short years, Seattle Seahawks quarterback Russell Wilson has gone from mid-round draft selection to surprise opening-day starter to Super Bowl-winning quarterback to quite possibly the new face of professional football for the next decade if the Seahawks repeat on Sunday. So many tangible and intangible qualities make him a special player, but his running ability might be his most underrated – and most lethal – weapon.

Among qualifiers, Wilson led the league in yards per carry (7.19) and, according to Football Outsiders, averages 9.53 yards per rush on scrambles this season. On Sunday, the Patriots have to make sure to keep Wilson in the pocket and maintain their pass rushing lanes, or “discipline,” forcing him to beat a solid New England secondary with his arm. Wilson certainly has proven he can beat teams from the pocket, but that strategy almost worked like a charm for the Green Bay Packers defense in the NFC Championship Game. Wilson threw four interceptions in the game, and the game marked the second-worst outing of his career in terms of quarterback rating (44.3). The Packers used a spy, mainly inside linebacker Clay Matthews, to keep Wilson from breaking contain, and the Patriots have a similar type of rush end/linebacker hybrid player in Jamie Collins, who probably will be assigned to shadow Wilson on a few pass plays.

Whether or not you think Patriots running back LeGarrette Blount orchestrated his departure from Pittsburgh earlier in the season to head back to the team he left as a free agent last offseason, it’s certain that the reunion between he and the Patriots has been the best for both parties. Even with the great Tom Brady at quarterback, New England’s run to the conference championship game last season and to the Super Bowl this year was spearheaded, in part, by the bruising nature of Blount’s scything runs through the middle of opposing defenses. In the two playoff games the Patriots have won in the last two seasons (both against the Indianapolis Colts), Blount rushed for a combined 314 yards and seven touchdows. Conversely, in the two other playoff games during that two-year stretch, Blount only accounted for a combined eight rushing yards on seven carries. In those games where Blount was rendered into a spectator, the opponents (Denver last season and Baltimore this year) jumped out to double-digit leads early in the game, forcing the Patriots to throw their way back into contention. The first couple of scores in the game, especially the first two touchdowns, should give us an indication whether Blount will have the chance to leave a deep impression on this game.

Belly of the Beast

Richard Sherman, Earl Thomas and the rest of the “Legion of Boom” provide a good deal of the Seahawks identity and edge, but no one single player on the roster may set the tempo for the team more than running back Marshawn Lynch. It almost seems as if Beast Mode’s running style courses through the veins of every other teammate on the field and on the sidelines, creating a galvanizing effect. Oh, and it also creates a cacophony of noise at CenturyLink Field in Seattle rivaling that of jet engines on full blast. Lynch’s 157–yard rushing effort against Green Bay two weeks ago marked the fifth time in eight playoff games in which he’s rushed for over 100 yards, with the Seahawks a perfect 5-0 in the games Lynch reaches the century mark. Lynch and the rest of the offense were also given a boost by the return of center Max Unger for the postseason. Unger, who’s regarded as one of the best two to three centers in the league, missed 10 games earlier this season with an assortment of leg injuries. Unger going up against Patriots’ multiple Pro-Bowl defensive tackle Vince Wilfork will be a clash of titans, and a matchup that might determine whether Lynch can go “Beast Mode” on Super Sunday.

Seattle’s defense is sure to pay close attention to Patriots tight end/man-beast Rob Gronkowski, which may allow Edelman to have a big day on the outside. He could also play a big part in the field position battle on special teams, as he is an excellent punt returner who’s always a threat to take a punt the distance.

To beat the Patriots, you must get pressure on Tom Brady. Period. Just ask Justin Tuck, who was a menace to the Patriots’ offensive line during the Giants’ Super Bowl XLVI victory. Bennett, along with bookend Cliff Avril and rush linebacker Bruce Irvin, must create a new line of scrimmage and consistently put the Pats’ offensive line on their heels.

This matchup is so close from top to bottom that the oddsmakers have this virtually as a pick‘em game. (New England is a one-point favorite.) As much as the Patriots are motivated by proving any and all doubters wrong about “DeflateGate” and adding a fourth Lombardi Trophy, I see Seattle’s defense and the playmaking ability of Russell Wilson being too much for New England to handle over the course of the game. 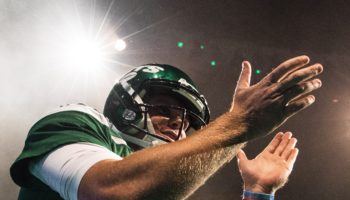 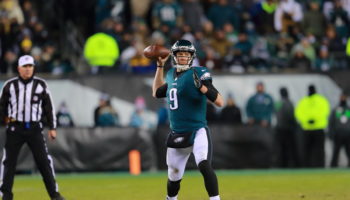 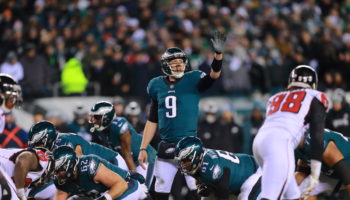