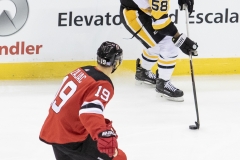 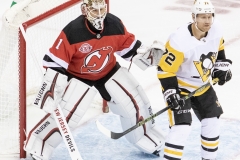 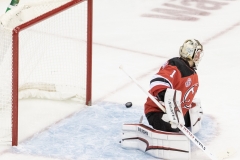 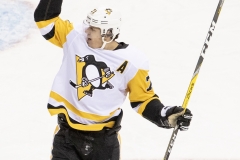 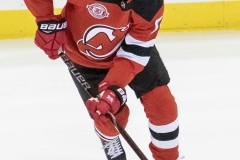 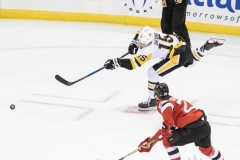 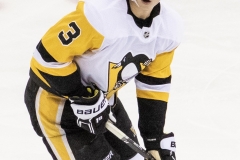 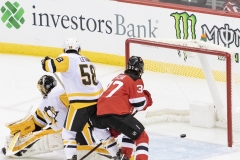 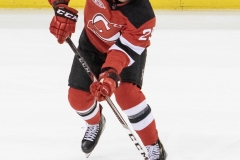 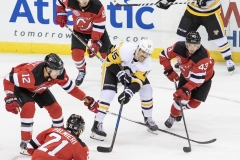 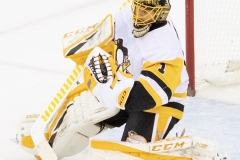 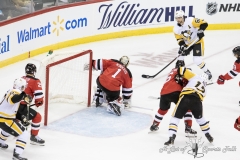 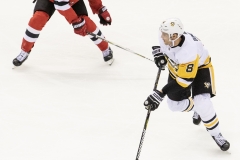 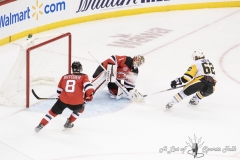 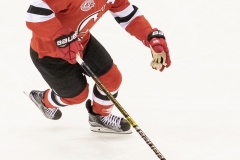 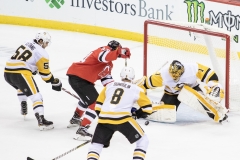 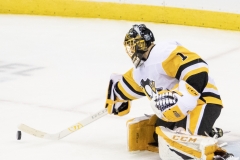 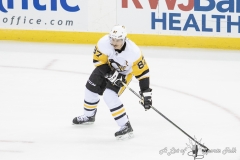 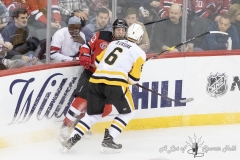 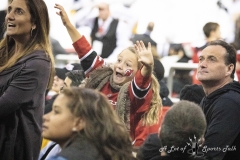 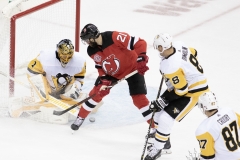 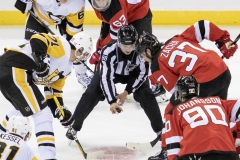 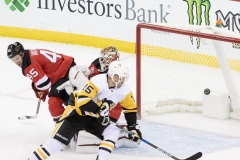 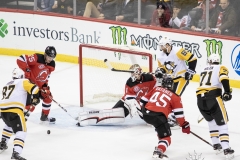 NEWARK, NJ — Taylor Hall said all of the right things in the locker room after the New Jersey Devils’ win on Tuesday, rightfully pointing out that it was a team effort that was put forth to snap the team’s almost month-long funk. But it sure did not hurt that Hall’s individual exploits almost singlehandedly willed New Jersey to a much-needed victory in its return back home.

Hall had a hand in all of New Jersey’s goals tonight as his four-point night, including his game-winning goal midway through the third period, led the Devils to a 4-2 victory over the Pittsburgh Penguins and snapped a three-game losing streak.

Hall added an empty-net goal to seal the game and his first multi-goal performance of the season.

“[We were] not only in the win column, but an effort we can be proud of,” Hall said. “It’s not an effort where we solely relied on our goaltender to steal the game or our power play to come up huge. Five-on-five, we did a good job of eliminating chances against a high-powered team. Our game has to continue to grow that way.”

Hall’s game-winner came after a couple of controversial calls that went against the Devils seemingly resembled a number of the bad breaks and misfortune that led New Jersey to lose nine of 11 coming into tonight. With a 2-1 lead and 5:40 to go in the second, the Devils’ Jesper Bratt had a goal scored on a breakaway cancelled as a skirmish between the Penguins’ Phil Kessel and New Jersey’s Brett Seney had broken out on the other end of the ice just before Bratt had moved in on goal.

Early in the third period, Pittsburgh tied the game at 2-2 when Devils’ goaltender Keith Kinkaid was knocked off balance by Sidney Crosby as the latter barreled in on goal to attempt a shot, allowing Jake Guentzel to tap the puck in on the rebound. New Jersey challenged the goal ruling, but it was determined that New Jersey’s Blake Coleman had pushed Crosby into Kinkaid and the goal was allowed to stand.

Possibly buoyed by being back home and playing in front of the Prudential Center crowd for the first time this month, New Jersey responded to the adversity and, after Travis Zajac pounced on a loose puck at the blue line and found a streaking Hall, last season’s Hart Trophy winner beat Pittsburgh goalkeeper Casey DeSmith through the five-hole to give the Devils the lead for good.

“That’s what teams do. You have to come out of it together and you have to find solutions and you got to get into the bunker because the only guys that can change it are the players and coaches,” said Devils head coach John Hynes. “I think it was good for everyone involved to be able to find a way to win the game and make some changes.”

Kinkaid stopped 29 of 31 Penguins shots while DeSmith made 34 saves – 31 coming in the first two periods alone.

Zajac scored just 28 seconds into the game off of a rebound in front to give New Jersey a 1-0 lead before the Penguins tied it on a power play goal by Kessel at 13:57 to send the teams into the first intermission tied at 1-1.

Defenseman Damon Severson, who had two assists in the Devils’ last game against Winnipeg, scored his third goal of the season on a one-timer off a feed from Hall behind the net for a 2-1 Devils lead.

“Whether we win or lose our next few games, hopefully we can go on a run playing the way we want to,” Hall said.

*Editor’s note: Above the byline is the photo gallery from Tuesday evening’s game, with all photos taken by New Jersey-based photographer Arturo Holmes. After clicking on the first photo to enlarge the picture, make sure to press the left and right arrow buttons to scroll through the rest of the pictures. There are 24 pictures in total.