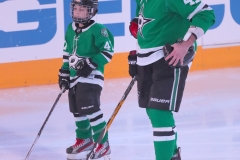 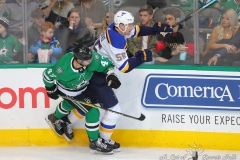 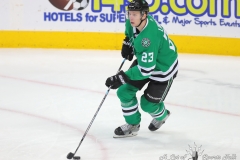 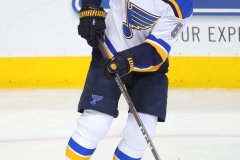 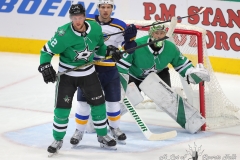 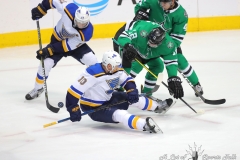 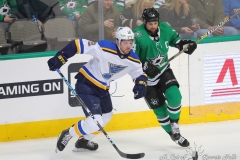 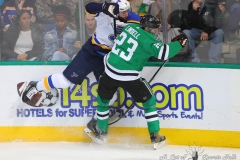 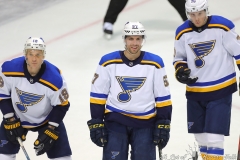 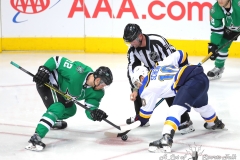 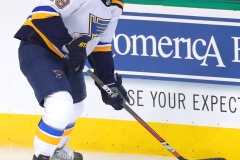 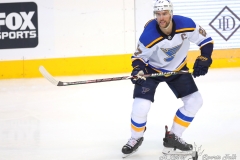 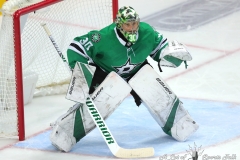 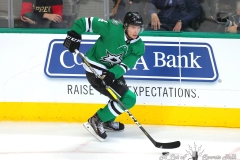 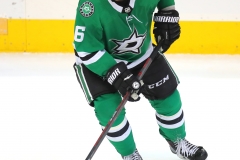 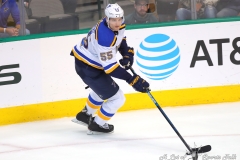 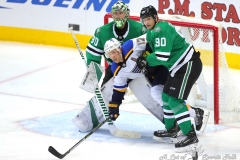 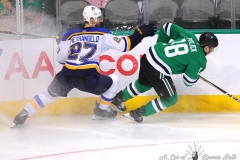 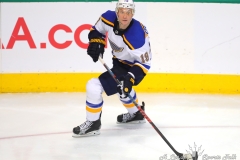 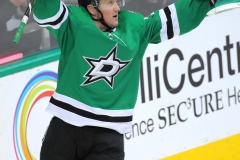 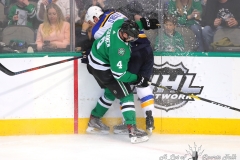 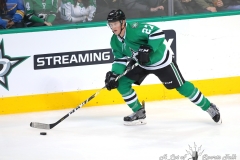 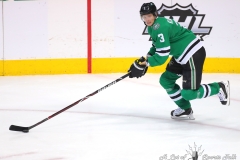 DALLAS — In a situation that the St. Louis Blues head coach is not hesitant in describing as a desperate one, rookie goalkeeper Jordan Binnington continues to shot the most calm as the team continues to climb its way back into the playoff picture.

The rookie netminder stopped 21 shots while teammate Vladimir Tarasenko scored twice in leading the Blues to a 3-1 victory over the Dallas Stars on Saturday night, St. Louis’s second straight victory. Since being called up on Jan. 5 from the Blues’ AHL affiliate in San Antonio, Binnington is 3-0 in three stars, allowing just two goals combined, including shutting out the Philadelphia Flyers on Monday.

“It’s been a good week,” said the 25-year old Binnington. “It’s been good, but at the same time, you’ve got to stay steady, keep coming to work every day and see how it goes.”

St. Louis now sits five points out of the second Wild Card spot while the margin between themselves and third place in the Central Division, currently occupied by the Stars, stands at eight points.

“I hate the words desperate times, but they know the situation we’re in and this is a big game,” said Blues head coach Craig Berube. “They’re in our division and we’re trying to catch them.”

Tarasenko scored just 34 seconds into the game to give the Blues the perfect start, and Patrick Maroon added a goal at 9:54 of the first to give St. Louis a 2-0 lead going into intermission. Tarasenko’s goal was set up by a cross-ice pass from line mate Jaden Schwartz, and Tarasenko used Stars defenseman Miro Heiskanen in front of the net as a screen to beat goalkeeper Ben Bishop.

“It’s good it finally goes in, but we need to keep working harder,” said Tarasenko, who has scored just five goals since the start of December.”There’s way more goals before I’m relieved.”

After a scoreless second period, the Stars got on the board at 8:35 when Erik Condra scored his first goal as a member of the Stars to cut St. Louis’s lead in half. Just three minutes later, however, the Blues responded with Tarasenko’s second at 12:38 to give the Blues their two-goal cushion once more.

After putting in 10 shots on Binnington in the first period, the Stars, losers of two straight after their 2-1 loss in Philadelphia on Thursday, had just 12 shots on goal combined in the final two periods, including only four in the third when they were outshot 11-4.

“It’s frustrating. Two games in a row where we don’t compete at a level that’s acceptable,” Stars coach Jim Montgomery said. “Unfortunately, it’s very frustrating. I have not been able to gain consistency in the performance, and I haven’t been able to change the culture of mediocrity.”

Bishop made 25 saves in the loss for the Stars.

*Editor’s note: Above the byline is the photo gallery from Saturday’s game, with all photos taken by Dallas-area photographer Ross James. After clicking on the first photo to enlarge the picture, make sure to press the left and right arrow buttons to scroll through the rest of the pictures. There are 23 pictures in total.