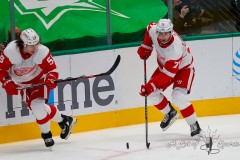 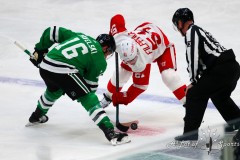 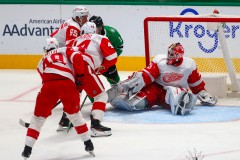 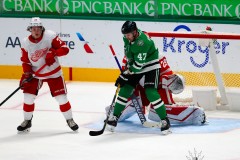 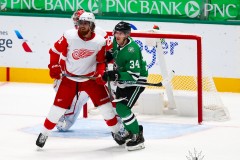 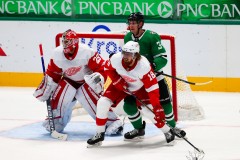 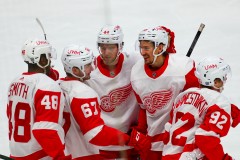 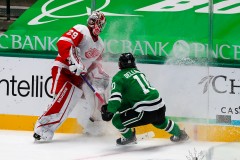 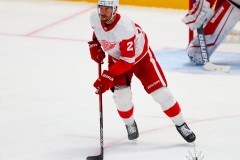 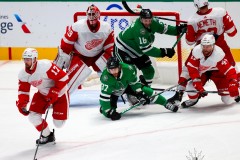 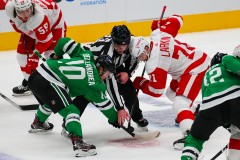 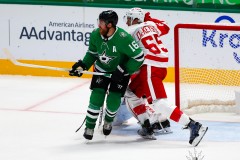 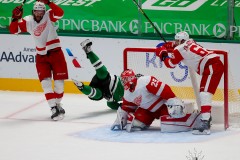 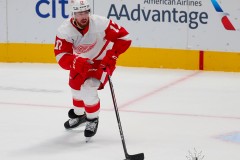 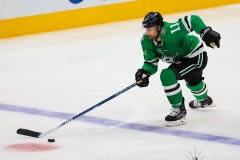 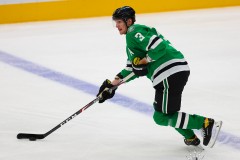 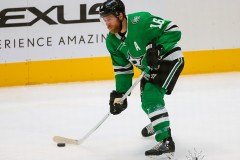 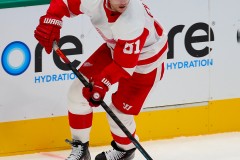 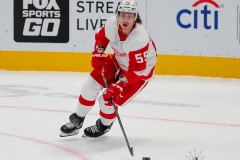 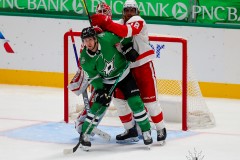 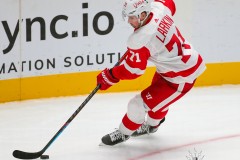 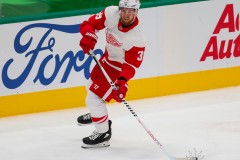 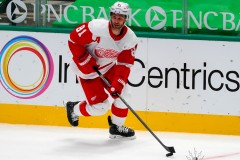 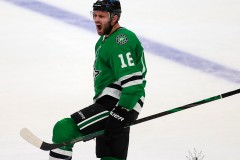 DALLAS — Despite having legitimate reasons to show rust at the start of a unique season, the Dallas Stars continue to show more indications proving they may have more Stanley Cup mettle than any other in the National Hockey League in remaining hot out of the blocks for 2021.

Jason Dickinson scored 92 seconds into overtime as Dallas won its third-consecutive game to start their season, a 2-1 victory over the Detroit Red Wings at American Airlines Center on Tuesday evening. John Klingberg, who assisted on Dickinson’s game-winner, added a power play goal while Anton Khudobin made 20 saves as the Stars, who scored a combined 10 goals in their first two victories, were able to grind out a victory after trailing after the first period.

Along with the Tampa Bay Lighting, the Stars were the last team to complete the 2019-20 season when they lost to the aforementioned Lightning in the Edmonton bubble during the Stanley Cup Final. An already short offseason was made longer — yet much more challenging — when a COVID outbreak within the team forced the league to cancel Dallas’ first two games of the season, and a number of players are yet to come back to the lineup because of quarantining and/or injury. But the men in the lineup tonight more than held their own in continuing their perfect start.

“We weren’t sure of our lineup until we got her tonight,” Stars head coach Rick Bownesss said. “Every game is not going to be a Picasso, and sometimes you just have to dig down and find a way to win a game and we did that.”

The Stars were without a number of top forwards — captain Jamie Benn, Tyler Seguin (out until April after offseason hip surgery), Roope Hintz, Joel Kiviranta to name a few — but still have, arguably, the game’s best defenseman in John Klingberg available, and after skating into the zone on the Stars’ first rush forward in the extra session, found Dickinson in the high slot, whose shot beat Red Wings goalkeeper Thomas Greiss to close the contest.

“I saw [Greiss] probably thought that I was going to shoot it, so I was going to take him out,” Klingberg said about the development of the eventual game-winning goal. “I actually lost the puck when I went to shoot myself, but after that, [Dickinson] found a way to get open.”

Klingberg got the Stars on the board in the second period with a power play goal at the 5:27 mark of the second period to tie the game at 1-1. Going into tonight, Dallas was 8-for-12 on the man advantage, tying a league record with their eight power-play goals in a team’s first two games of a campaign.

Going back to last season, the Red Wings have lost 10 consecutive road games, though they were able to come away with a point after they tallied to open the game at 11:27 of the first period. Vladislav Namestnikov scored past Khudobin on a backhand in front to give him his first goal as a Red Wing and the Stars their first deficit of the season.

“Maybe scoring the goal is a weight off his shoulder,” said Red Wings coach Jeff Blashill of Namestnikov, who played last season with the New York Rangers and Ottawa Senators. “He’s definitely somebody who feels that he’s hard on himself. We just talked about just playing and not worrying about your points and goals. When you’re a forward, you worry about that stuff, and so it was good for him to get it.”

*Editor’s note: Above the byline is the photo gallery from Tuesday night’s game, with all photos taken by Dallas-area photographer Ross James. After clicking on the first photo to enlarge the picture, make sure to press the left and right arrow buttons to scroll through the rest of the pictures. There are 24 pictures in total.