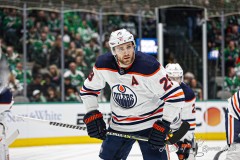 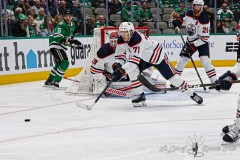 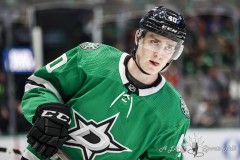 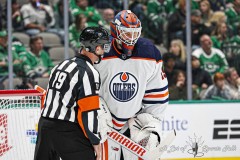 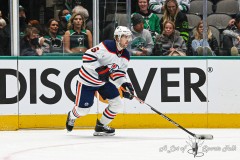 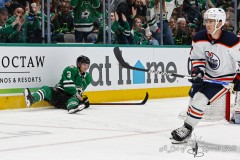 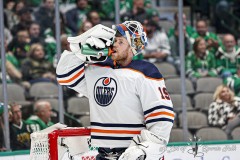 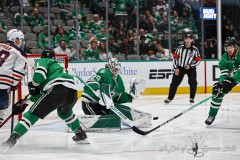 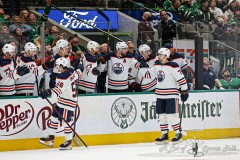 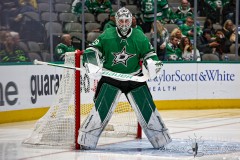 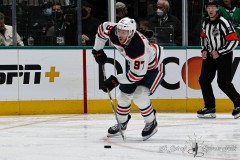 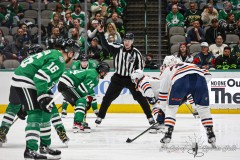 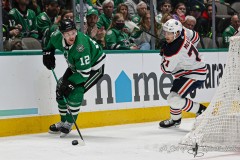 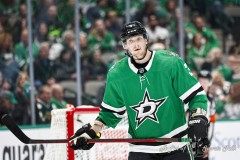 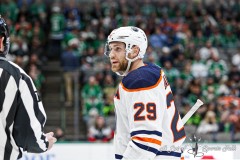 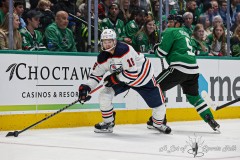 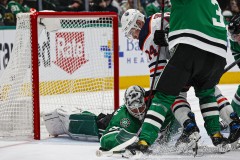 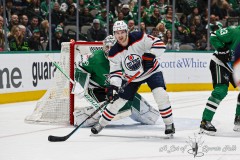 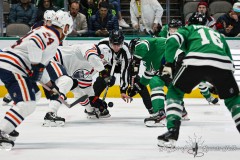 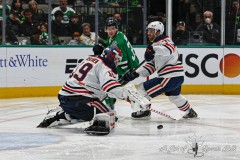 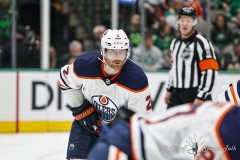 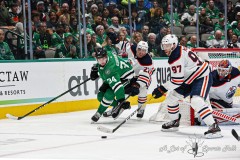 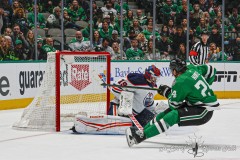 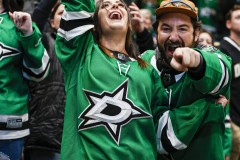 DALLAS — There is no sense in hiding the obvious that the final 20 games for the Dallas Stars and their opponent on Tuesday, the Edmonton Oilers, are akin to playoff games given their places at the edge of the Western Conference playoff race. THeir matchup was befitting of the momentum swings and intensity that any Stanley Cup Playoffs game would entail, and the Stars did enough late to pass their opponents for the victory…as well as perch themselves into playoff position at the end of the evening.

Roope Hintz and Denis Gurianov scored 24 seconds apart late in the third period to put the Stars ahead for good in Dallas’ 5-3 defeat of Edmonton at American Airlines Center. Tyler Seguin added an empty-netter, his 300th career goal, to improve the Stars to 73 points, enough to occupy the second Wild Card berth in the conference at the end of the night.

“It’s big to win games. With this league, you can be in and out every game from a playoff spot, but once you get it you definitely want to hold on to it,” Seguin said. “We have been saying from day one that our team, on paper, is really good. We can be out there with the best in the league, and paper doesn’t mean anything. So, it’s about putting it all together at the right time.”

The goals in quick succession from Hintz and Gurianov gave the Stars followed a pattern in which the teams alternated rapid-fire goals to take the lead. Down 3-2 in the third, Hintz split the Oilers backline and broke free for a mini-breakaway before slipping the puck past the legs of Oilers goalkeeper Mikko Koskinen to tie the score at 14:38. On the following shift, the Stars had a 2-on-1 breakaway that was converted when Gurianov tucked away a centering pass from Seguin at 15:02 to give the Stars the lead.

Those two goals came after Edmonton scored two goals 43 seconds earlier in the period to retake the lead after heading to the third down 2-1. On the penalty kill, Evander Kane scored off a feed from Connor McDavid at 6:14 to tie the score. Leon Draisaitl then added his league-leading 42nd goal at 6:57 to give Edmonton its second lead of the game at 3-2.

Despite the seven goals scored, both goalkeepers were stellar in keeping their teams in the game by stopping gilt-edged scoring chances. Jake Oettinger made 23 saves for the Stars, including stopping all 11 Oilers’ shots in a frantic second period. Koskinen made 25 saves overall.