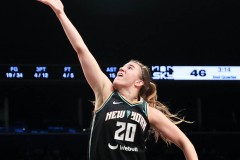 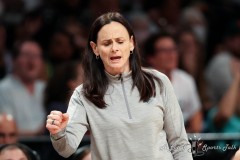 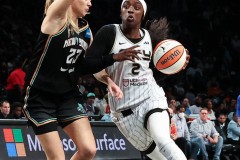 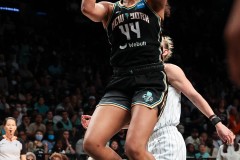 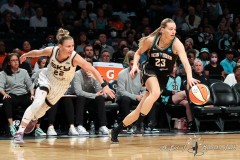 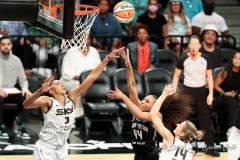 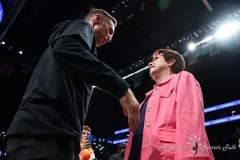 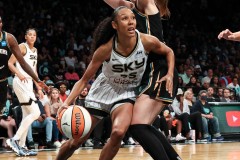 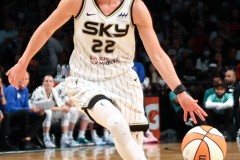 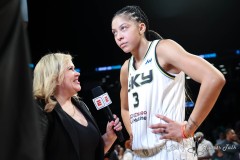 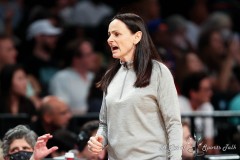 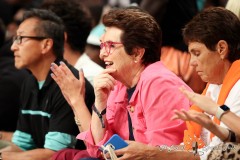 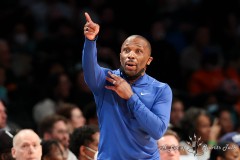 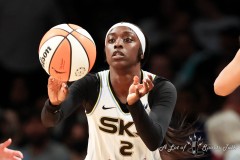 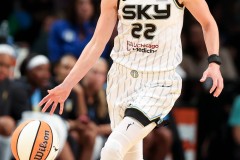 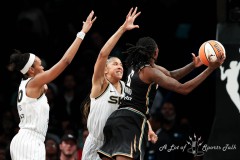 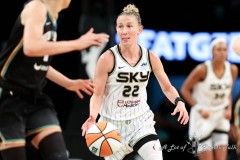 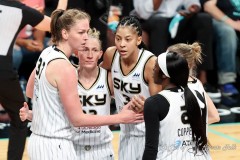 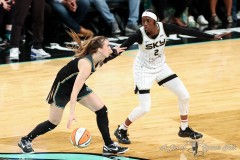 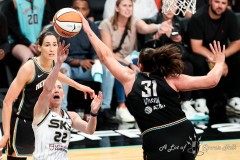 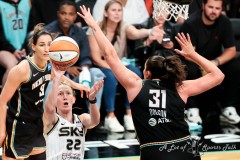 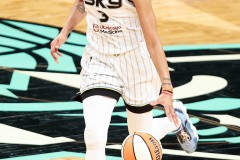 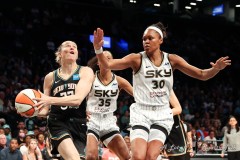 NEW YORK — In a span of about 15 minutes of real time, a near-miraculous “excuse me” tip-in from Candace Parker that seemed to indicate things were going to be the Chicago Sky’s night in a win-or-go-home playoff game gave way to a valiant final charge from their opponents, buoyed by their raucous home crowd, that threatened to officially derail the Sky’s championship reign.

The final nine minutes of game time then turned into a masterclass of how to finish a game in style, as well as serve notice that the Sky are primed to repeat as WNBA champions.

Six players scored in double figures, including Candace Parker and her all-around stat line 14 points, 13 rebounds and eight assists, as Chicago used a 16-0 run after it saw its lead cut down to one possession to defeat the New York Liberty 90-72 in Game 3 to advance to the WNBA semifinals. Kahleah Copper and Allie Quigley each scored 15 points to lead the Sky, who now await the winner of the series between the Connecticut Sun and Dallas Wings which wraps up on Wednesday.

Powered by a first half in which it shot 54 percent from the field, Chicago held a 54-42 halftime lead and maintained that double-digit advantage almost through the entirety of the third quarter, going into the final quarter of the series up 68-58. New York, however, opened the fourth quarter on a 7-0 run, which included a five-point possession by Sabrina Ionescu on a layup and a three-pointer off a rebound of her own missed free throw, to cut Chicago’s lead to 68-65 with 9:02 remaining.

Chicago put the hammer down after New York’s run, scoring the game’s next 16 points while holding the Liberty scoreless for the next 6:11. Quigley put the exclamation mark on the run with back-to-back threes to give Chicago an 84-65 lead with 4:14 remaining. Point guard Courtney Vandersloot, who had 14 points and 10 assists, recorded four of those assists during six field goals the Sky made in that run.

*Editor’s note: Above the byline is the photo gallery from Tuesday evening’s contest, with photos taken by ALOST photographer Jenny Rohl. After clicking on the first photo to enlarge the picture, make sure to press the left and right arrow buttons to scroll through the rest of the pictures. There are 25 pictures in total. 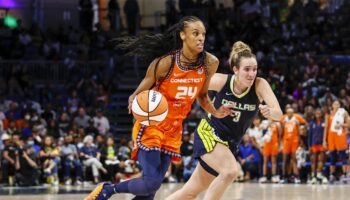