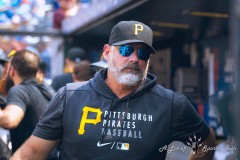 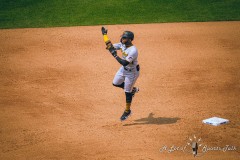 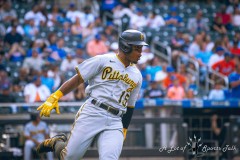 NEW YORK — The start to Pittsburgh Pirates rookie Rodolfo Castro’s Major League Baseball career is becoming one that only dreams are made of. It’s a good thing that he actually dreamed of the very scenario that occurred Sunday after before personally turning it into reality — and helping turn an expected defeat into one of the Pirates’ more improbable victories of the season.

Castro hit his second and third-career home runs in the majors to draw Pittsburgh close, and Wilmer Difo’s RBI single capped a two-run ninth-inning rally in the Pirates 6-5 victory over the New York Mets at Citi Field in the last game for both before the All-Star break. The Pirates found themselves down 5-0 after the first, with the win marking their biggest comeback to win a game this season.

Pittsburgh headed into the ninth down 5-4 but Kevin Newman reached on a one-out double off Mets closer Edwin Díaz, who had blown just one save in 20 prior opportunities going into today, and advanced to third on a Bryan Reynolds groundout. John Nogowski, who was picked up in a trade a week ago after the St. Louis Cardinals designated him for assignment, singled on the first pitch he saw from Díaz to tie the score at 5. After a Ben Gamel single advanced Nogowski to third, Wilmer Difo slashed a ground ball just inside the third base bag to score Nogowski and complete the improbable rally.

“There’s a lot of teams at 5-0 [behind], last day of the first half, you’re not going to get a comeback. I have to take my hats off to them,” Pirates manager Derek Shelton said. “This group doesn’t give up. One of things I talked to them before the game was that the thing I admire is that they really come out to play everyday.”

The comeback could not have occurred without Castro, who was called back up to the team this past Tuesday and got his first Major League hit with a home run on Friday in the first game of the series. He added his second and third-career hits today, and both were also home runs; In the fifth inning, he hit a solo shot off Mets reliever Jerad Eickhoff to get the Pirates on the board, and his two-run homer off Jeurys Familia on an 0-2 pitch with two out in the sixth cut Pittsburgh’s deficit to 5-4.

Along with his offensive prowess, Castro shined with the leather as he turned a leaping catch off a Brandon Nimmo line drive into a double play when he caught the ball and threw in one motion to first to double up Luis Guillorme.

It was a weekend to remember for Castro, with the only thing more remarkable than what he did on the field being what he dreamt of before it.

“To be honest, I’ve been mind-blown. Hitting a home run on my first hit, that was already a dream.,” Castro said through an interpreter. “Yesterday, I was just going through the game [on Friday], and then I started to dream some more. ‘What if my second carer hit is a home run?’ I’m just mind blown.”

New York used two first-inning home runs, a two-run shot from Francisco Lindor and a three-run blast to center from Michael Conforto, to put up a five spot to begin the game off Pirates starter Chase De Jong. However, New York only managed to get one more hit off of De Jong in his five innings of work, and the Pirates bullpen went four scoreless innings and allowed just four hits combined. New York went with a bullpen game and held Jacob deGrom from taking his regular turn in the rotation, but could not hold on to the lead despite holding the Pirates scoreless in the first four innings and being given a five-run cushion.

“All losses are tough. We just had it. We had a 5-0 lead and we didn’t get that much going after that,” Mets manager Luis Rojas said. “Some guys had to come in and give us that inning-plus and they couldn’t quite do it, so we had Diaz to try and get the five-out save.”

*Editor’s note: Above the byline is the photo gallery from Sunday afternoon’s contest, with photographs taken by ALOST photographer Roberto Carlo. After clicking on the first photo to enlarge the picture, make sure to press the left and right arrow buttons to scroll through the rest of the pictures. There are three pictures in total. 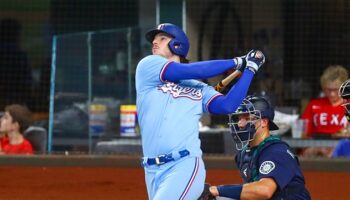 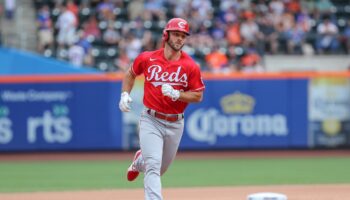 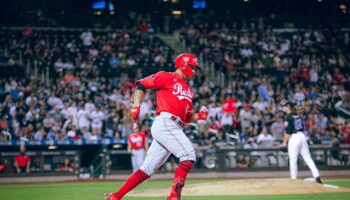 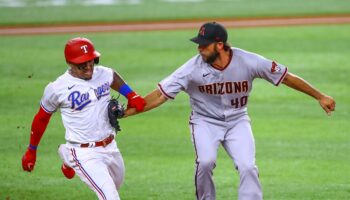 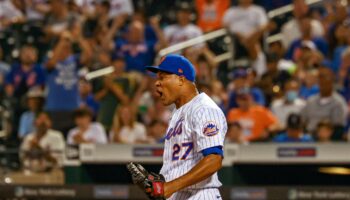