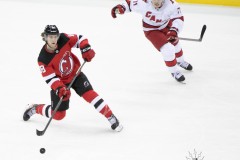 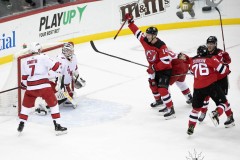 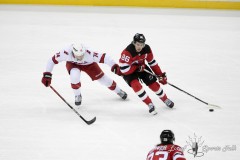 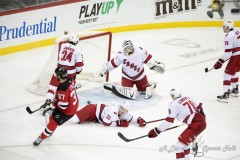 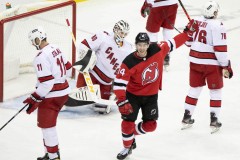 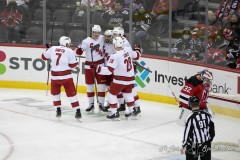 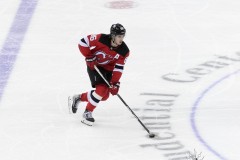 NEWARK, N.J. — Though the New Jersey Devils came into Saturday’s game in a foul mood after a lackluster performance in their last outing, any signs of redemption tonight were were far off in the distance after two of the first four shots against them went into the back of their net.

It’s a good thing those final 55 minutes of the game saw the Devils play like a championship frontrunner against one of the top Stanley Cup contenders in the league.

Nathan Bastian scored twice in the first period to restore parity, and the Devils poured it on with five more goals in the final two periods in a 7-4 victory over the Carolina Hurricanes at the Prudential Center on Saturday.

Bastian was one of six Devils players to record a multi-point game, with Ryan Graves chipping in with three assists and Michael McLeod, Andreas Johnsson, Jesper Bratt, Jack Hughes and Pavel Zacha each scoring a goal in New Jersey’s highest-scoring single-game output of the season.

New Jersey came into tonight coming off a 4-1 home loss to the lowly Arizona Coyotes, and it found itself down 2-0 in the game’s first 5:44; Andrei Svechnikov’s long-distance wrist shot from the half boards handcuffed Devils goalkeeper Jon Gillies 140 seconds into the game before Ian Cole’s slap shot doubled the Hurricane’s lead — and had many in the arena thinking the Metropolitan Division leaders were on its way to a second-consecutive rout of a division rival, after Carolina’s 6-3 win against the Rangers yesterday.

Bastian’s hard work in front of goal, as well as his deft hands, rescued the Devils at the end of the frame. Bastian batted in a puck mid-air past Hurricanes goalkeeper Jack LaFontaine at 17:35 of the period to halve the Devils’ arrears before he deflected a Graves’ point shot with 54 seconds remaining to level the game at 2-2 right before intermission.

Though the Hurricanes once again started a period strong and retook the lead on a Josh Leivo close-range shot at 3:25 of the second, the Devils responded with goals from McLeod and Johansson in a 2:49 second span to retake the lead. Johnsson’s goal, off a cross-ice pass from Dawson Mercer, was his first goal since a two-goal outing against Philadelphia on November 28, 18 games ago.

Bratt gave the Devils the lead for good at 18:19, with his goal coming less than three minutes after a Brady Skjei equalizer and sending New Jersey to a 5-4 lead after two periods.

*Editor’s note: Above the byline is the photo gallery from Saturday’s game, with all photos taken by ALOST photographer Jenny Rohl. After clicking on the first photo to enlarge the picture, make sure to press the left and right arrow buttons to scroll through the rest of the pictures. There are seven pictures in total. 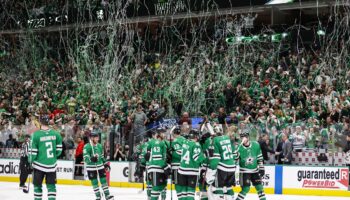 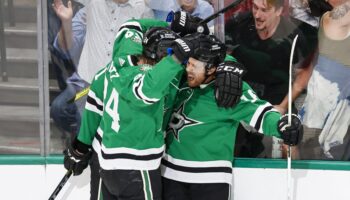 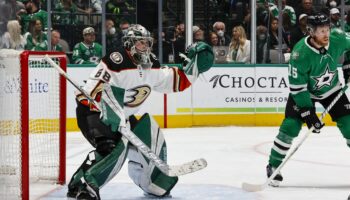 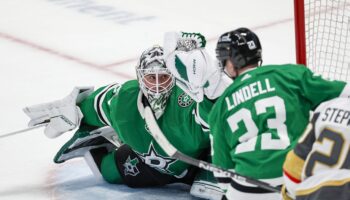 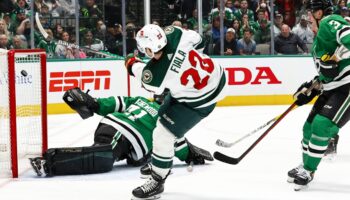