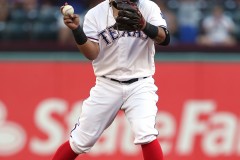 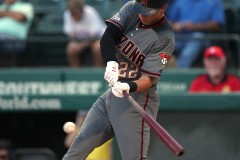 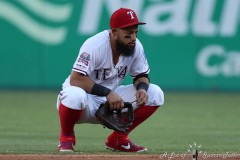 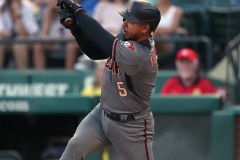 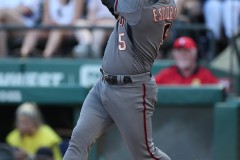 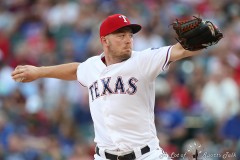 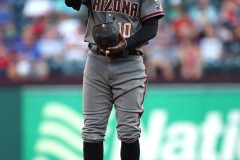 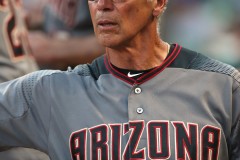 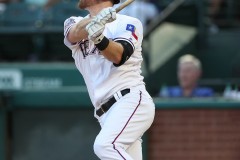 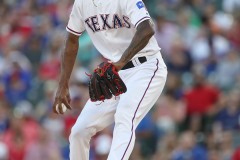 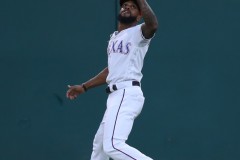 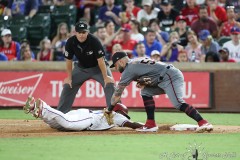 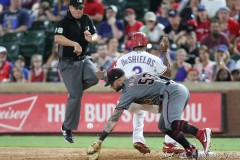 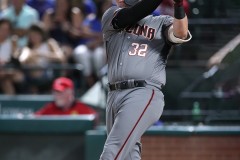 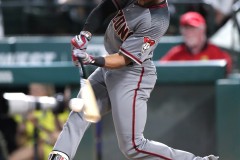 ARLINGTON, Texas — The only thing hotter than the mid-90s temperatures that baked the Dallas metroplex over the past 48 hours was the bats of the Arizona Diamondbacks in clubbing their way to a series sweep.

Every Diamondbacks starter had at least one hit as Arizona scored seven runs in the first inning on its way to a 19-4 demolition of the Texas Rangers at Globe Life Park on Wednesday. Included in those 21 hits were five home runs and five doubles, all coming just 24 hours after the D-backs plated nine runs in yesterday’s 9-4 win over Texas in the first of the two-game set.

Eduardo Escobar smacked two home runs, the first being a two-run shot that opened the scoring just three batters into the contest. Kevin Cron, Jarrod Dyson and Carson Kelly also went deep for the Diamondbacks, who chased Rangers starter Jesse Chavez from the game before the end of the first frame after allowing seven earned runs on five hits.

“Our guys had a good game plan,” said Diamondbacks manager Torey Lovullo in talking about his team’s seven-run first. “They knew what they were going to look for, on what side of the plate they were going to be hitting to. You score that many runs in the first inning, you’re doing a lot of good things right.”

Arizona added five more runs in the second inning before plating two in the third inning, leading 14-3 after just three frames. It got so bad for the Rangers that the final home run they allowed, a solo shot to lead off the ninth by Carson Kelly, was allowed by catcher Tim Federowicz in his Major League pitching debut.

Escobar’s three-run homer in the sixth marked his seventh-career multi-home-run game and the second time that he has hit jacks from both sides of the plate in the same contest.

Arizona fell just one run and one hit shy from the team record in both categories.

The glut of offense by the Diamondbacks was all in support of starting pitcher Robbie Ray, whose name has been bandied about in talks about pitchers possibly moving at the trade deadline at the end of the month. Ray went six innings and allowed four earned runs on six hits while striking out seven. Two of Ray’s six hits allowed came courtesy of two home runs from Rangers left fielder Danny Santana.

After winning three straight games, including two against the AL West Division-leading Houston Astros, the Rangers have now lost four straight. A 10-game road trip awaits Texas after an off day tomorrow, with stops in Houston, Seattle and Oakland making up their travel during the trip.

*Editor’s note: Above the byline is the photo gallery from Wednesday’s game, with all photos taken by Dallas-area photographer Ross James. After clicking on the first photo to enlarge the picture, make sure to press the left and right arrow buttons to scroll through the rest of the pictures. There are XX pictures in total.