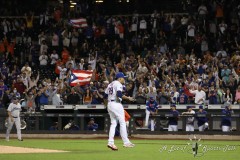 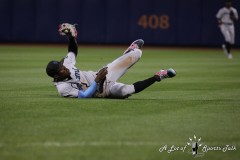 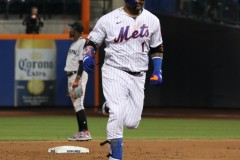 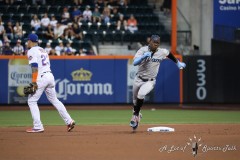 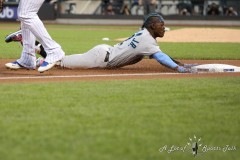 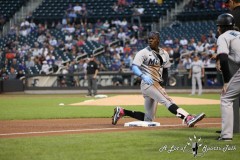 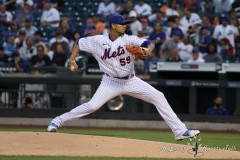 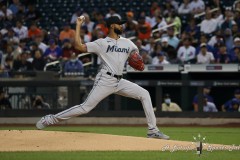 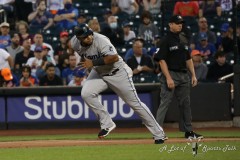 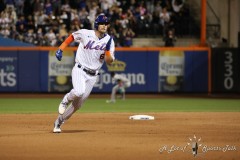 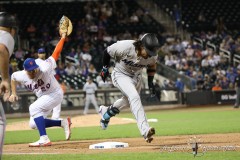 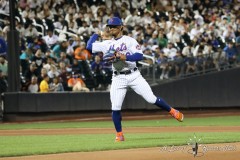 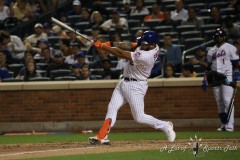 NEW YORK — Reflective of how the New York Mets must approach the last month of the season in chasing down a National League East Division crown after losing their long-held grip at the top, outfielder Dominic Smith needs to keep the faith that he will be a key contributor down the stretch despite the loss of his starting position. One swing from Smith’s bat on Thursday evening could be the beginning of the turn in fortunes for both team and player.

Coming off the bench to pinch hit, Smith lined a go-ahead RBI single to right with two outs in the seventh inning to provide the Mets their winning run in a 4-3 victory over the Miami Marlins, completing a series sweep. After another shaky first inning, starting pitcher Carlos Carrasco pitched into the sixth for New York while allowing just four hits (three runs), and Edwin Diaz struck out two in the ninth to earn his 28th save.

The acquisition of Javier Baez at the trade deadline and return of Francisco Lindor from the disabled list created a surplus with the everyday lineup, and at least one regular during the season had to make way for the dream double-play combo to play together. For the time being, Smith, who has been dealing with a wrist injury for a good portion of the season and came into tonight carrying a .198/.209/.235 slash line for the month of August, became the odd man out. But he was far from out in his one chance to make an impact tonight. After one-out singles from both Jeff McNeil and Patrick Mazeika, Smith lined the first pitch off Marlins starter Sandy Alcantara off the glove of first baseman Jesús Aguilar and down the right-field line to bring home McNeil with the go-ahead run.

“I am always trying to be ready, whether I’m starting or whether I’m coming off the bench,” Smith said. “I know how good this team is, and I just want to be a part of this team winning. Whatever I can do to contribute, I’ll be ready.”