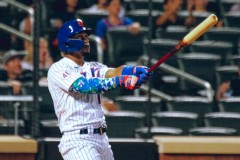 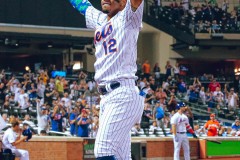 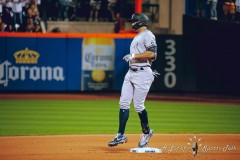 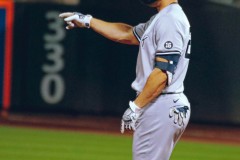 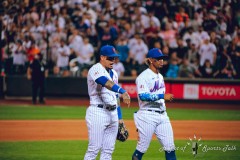 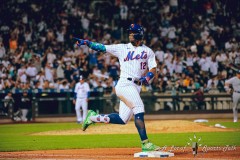 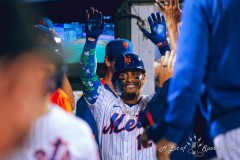 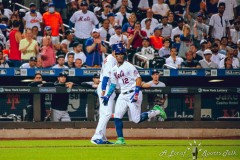 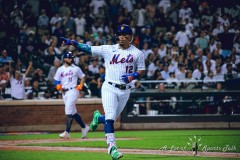 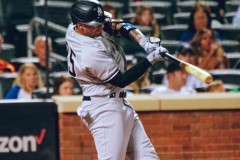 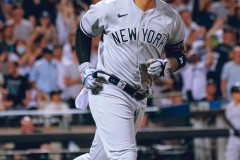 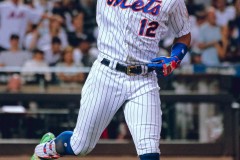 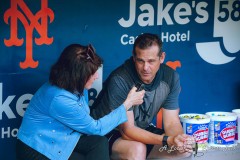 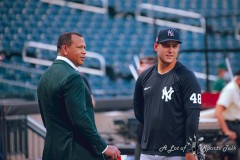 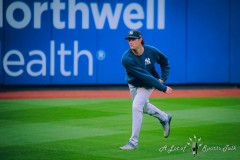 NEW YORK — Francisco Lindor talked a serious talk on Sunday night, so much so that one of his opponents, while jogging the bases after a home run, got into a shouting match with the New York Mets shortstop before crossing home plate.

Just one inning later, Lindor backed his boasts up by walking the walk…for a third time.

Lindor cracked a go-ahead solo home run in the bottom of the eighth inning to cap a three-homer night, lifting the Mets to a 7-6 victory over the New York Yankees to take the rubber game of the Subway Series played at Citi Field. Seth Lugo pitched a perfect eighth inning with two strikeouts to earn the win while Edwin Díaz escaped a jam with runners on second and third to earn his 29th save.

*Editor’s note: Above the byline is the photo gallery from Sunday evening’s contest, with photos taken by ALOST photographer Roberto Carlo. After clicking on the first photo to enlarge the picture, make sure to press the left and right arrow buttons to scroll through the rest of the pictures. There are 15 pictures in total.