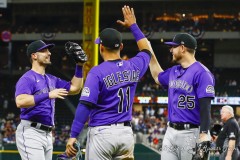 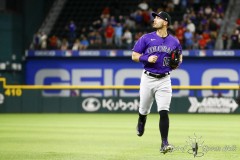 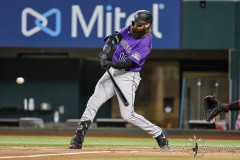 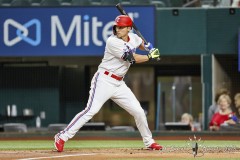 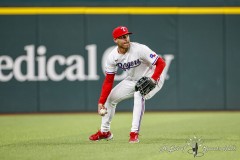 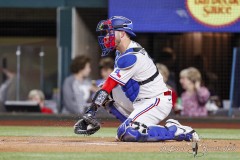 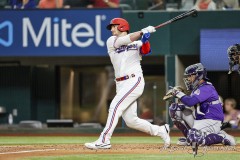 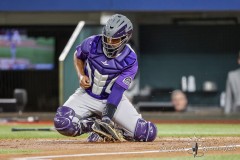 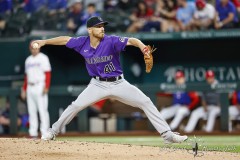 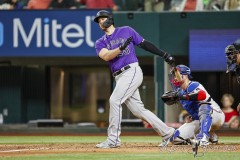 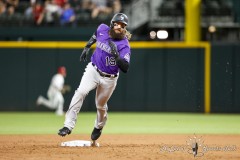 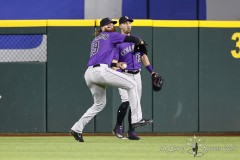 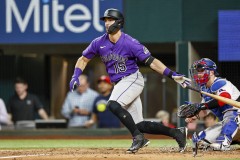 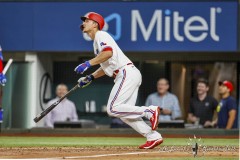 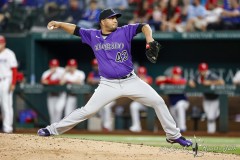 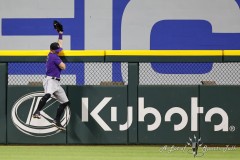 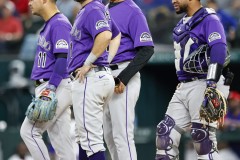 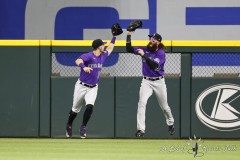 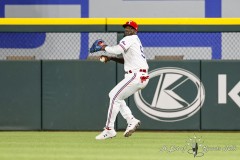 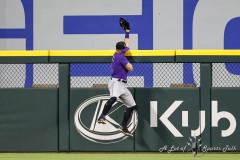 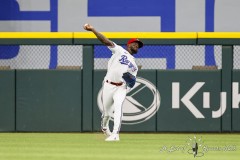 ARLINGTON, Texas — The crack of the bat on ball from Texas Rangers slugger Corey Seager all but put an end to the Colorado Rockies’ slim lead at the end of the fifth inning. The crash into the wall by center fielder Randal Grichuk, with ball in tow almost simultaneously with his leap into the fence, preserved his team’s lead and cemented one of the best defensive plays of the young baseball season.

Grichuk’s theft of Seager’s attempt at a 3-run homer ended the Rangers’ biggest threat of the game while new acquisition Kris Bryant drove in two runs, including a third-inning RBI double that proved to be the game-winning hit, in the Rockies’ 4-1 victory over the Texas Rangers at Globe Life Field. Four Rockies pitchers combined to allow just four hits as Colorado completed a two-game sweep in its opening series away from Coors Field.

Seager, who signed a 10-year, $325 million free-agent deal to join the Rangers this offseason after spending the beginning of his career with the Los Angeles Dodgers, made a bid to notch his first significant contribution to his new club when, with two runners and the Rangers down 3-1 in the fifth, he launched a deep drive to the right-centerfield gap. Grichuk, however, raced to his left and, just to the right of the 410-foot sign, he leaped over the six-foot fence and snagged Seager’s fly ball as he collided with the wall.

“Any park, those are the catches you dream of,” Grichuk said. “You always get the question, what’s better: hit the homer or rob the homer? Honestly, robbing a homer is better because someone else is connected to it.”

Reliever Jhoulys Chacín, the beneficiary of Grichuk’s athletic feat, recorded the final two outs of the fifth inning on his way to 2 2/3 scoreless innings in picking up the win.

Colorado’s own big-money free-agent signing, Bryant, gave the Rockies the lead in the third inning when he went the other way and doubled down the right field line to score Connor Joe and break a 1-1 tie. The Rockies added single runs in the fifth and the seventh, with Brant’s sacrifice fly in the seventh scoring Joe once again to increase the Rockies’ advantage to 4-1.

Texas scored its only run in the bottom of the second, when an Andy Ibanez two-out single to left scored Mitch Garver for the first run of the game.

*Editor’s note: Above the byline is the photo gallery from Tuesday evening’s game, with all photos taken by Dallas-area photographer Ross James. After clicking on the first photo to enlarge the picture, make sure to press the left and right arrow buttons to scroll through the rest of the pictures. There are 21 pictures in total.