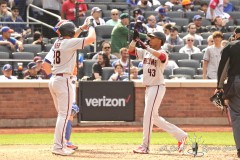 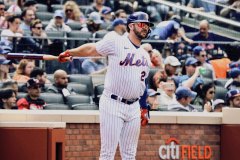 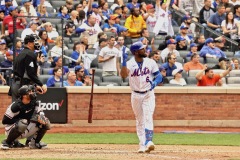 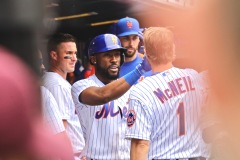 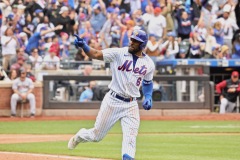 NEW YORK — For once, the Arizona Diamondbacks enjoyed a trip to the Big Apple after a lot of disastrous tourists stops over the past few visits.

Sergio Alcántara launched a two-run home run in the seventh inning to break a scoreless deadlock, and the Diamondbacks bullpen combined for five solid innings as Arizona defeated the New York Mets 3-2 at Citi Field on Saturday afternoon. Ketel Marte added an RBI double in the seventh that proved to be the game-winning hit.

The Diamondbacks had lost 11 consecutive games at Citi Field coming into today, with their last win at Citi Field coming back on August 24, 2017. The home winning streak by the Mets against Arizona is the longest by New York against a single opponent at home since the ballpark opened in 2009.

Zac Gallen pitched four scoreless innings to start the game for Arizona before handing it over to the bullpen, and five relievers combined to allow just three hits in five innings of work. Mark Melancon struck out two in a 1-2-3 ninth inning for his first save of the season.

The Diamondbacks looked headed to another heartbreaker in Queens after squandering a glorious scoring chance in the fourth inning, when Mets starter Carlos Carrasco allowed a single to Marte and a double to David Peralta to start the inning before getting a couple of strikeouts and a flyout to escape the inning unscathed.

Arizona finally broke through in the seventh inning against the Mets bullpen. Seth Beer led off the inning with an infield single to short off Joely Rodriguez, who was replaced by Seth Lugo after the at-bat. After Carson Kelly struck out, Alcántara lifted a 2-0 fastball deep over the right field wall to give the Diamondbacks a 2-0 lead.

Three batters later, Ketel Marte followed up a Daulton Varsho single with a double down the right field line to score Varsho and add an insurance run.

The tack-on run was needed when Starling Marte launched a two-run homer off Ian Kennedy, his second in as many games in this series, in the bottom of the eight to cut the Mets deficit to one. The heart of the order was due for the Mets, but Kennedy, after allowing a walk to Francisco Lindor after Marte’s home run, induced a double play grounder from Pete Alonso to end the threat.

*Editor’s note: Above the byline is the photo gallery from Saturday afternoon’s contest, with photos taken by ALOST photographer Chris Simon. After clicking on the first photo to enlarge the picture, make sure to press the left and right arrow buttons to scroll through the rest of the pictures. There is one picture in total.