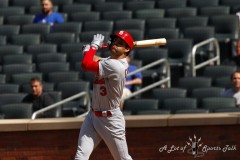 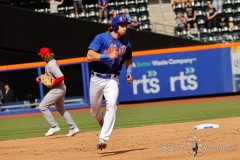 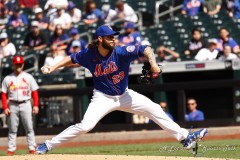 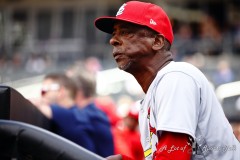 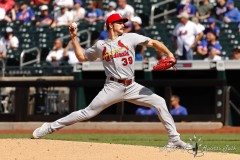 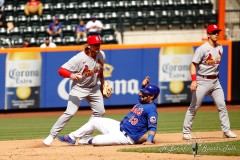 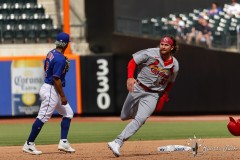 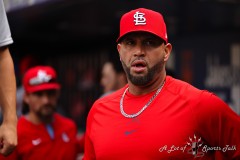 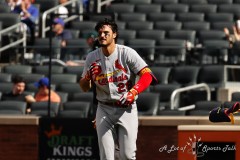 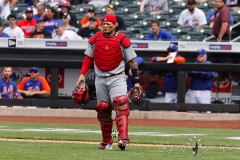 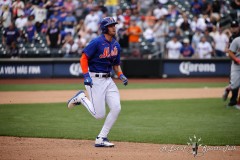 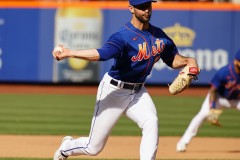 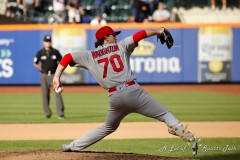 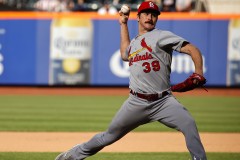 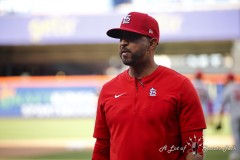 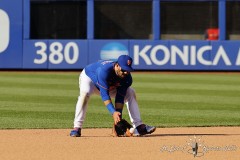 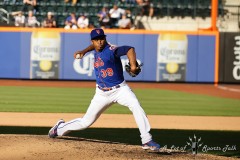 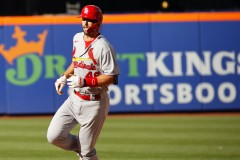 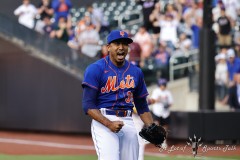 NEW YORK — The last time the St. Louis Cardinals and New York Mets locked horns, some of the teams’ respective players, almost literally, butted heads in a benches-clearing dustup. Nothing approaching that enmity came to the fore at the start of their return series in the Big Apple, as some timely hitting and a clutch spot start helped the Mets get back on track after a rare series defeat.

Jeff McNeil and Dominic Smith came through with run-scoring hits in the third inning, while Trevor Williams had a scoreless outing in his four innings of work to help lead the Mets to a 3-1 victory over the Cardinals in the first game of a doubleheader at Citi Field on Tuesday. Edwin Díaz struck out the side in the ninth to close the door and record his ninth save.

April 27 was the last time the two former NL East rivals played, and that game at Busch Stadium featured pushing and shoving on the field after a number of pitches that hit New York Mets batters and close calls on pitches to Cardinals batters brought both teams together in anger on the field, a spat that includes St. Louis first base coach Stubby Clapp taking down Mets slugger Pete Alonso down to the ground.

The Cardinals used their pitching staff to subdue Alonso today, as he went 0-for-4, but McNeil, Smith and Eduardo Escobar each had two hits. McNeil came through in the third inning, doubling down the right field line off Cardinals starter Miles Mikolas to score Francisco Lindor from first base to double the Mets’ lead at 2-0. Alonso followed with a productive out, flying out to center that allowed McNeil to take third, before Smith drove McNeil home with a double to right for a 3-0 New York lead.

The runs were more than enough for the Mets pitching staff as Williams, in the rotation after Tylor Megill was put on the injured list a few days ago, did not allow a run in his four innings of work. His best work came in the third after allowing runners on first and third with just one out and two All-Stars, Paul Goldschmidt and Nolan Arenado, due up. Williams got Goldschmidt to fly out to shallow right center to keep the runner at third, then struck out Arenado swinging to end the threat.

Jake Reed picked up the win after going two scoreless innings after Williams. Drew Smith allowed the only Cardinals run in the eighth when Goldschmidt hit a solo home run to put St. Louis on the board.

Mikolas came into today ranking second in the National League in ERA at 1.49, and he went six innings and allowed seven hits and three runs, though only two of the runs were earned.

*Editor’s note: Above the byline is the photo gallery from Tuesday afternoon’s first game, with all photos taken by ALOST senior photographer Robert Cole. After clicking on the first photo to enlarge the picture, make sure to press the left and right arrow buttons to scroll through the rest of the pictures. There are 19 pictures in total.