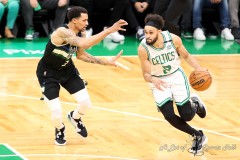 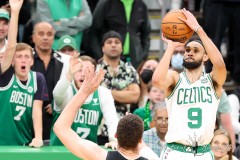 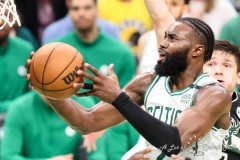 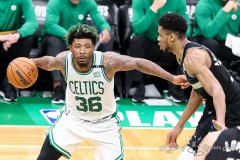 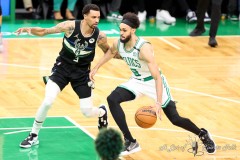 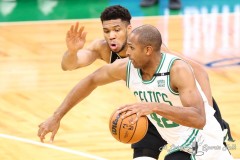 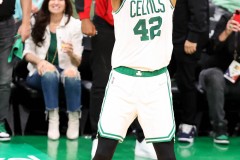 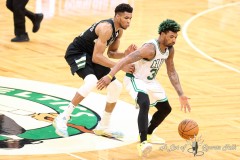 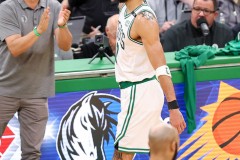 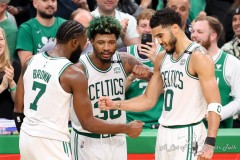 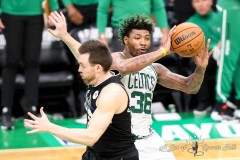 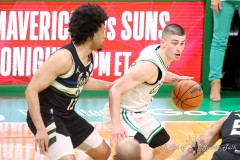 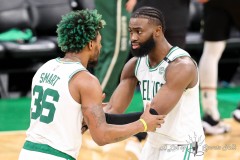 BOSTON — At the moment when the Boston Celtics season was on the brink of ruin, head coach Ime Udoka was already thinking of when his team would be on the brink of checking off another box in their championship journey, as fanciful as that sounded at the time.

Four days later, Udoka’s assurance now makes him less appear less like a first-year NBA head coach into a full-time soothsayer. He and the Celtics are also one step closer to being conference champions.

The Celtics used the momentum of winning in Milwaukee on Friday to keep their season alive and turned it into a tidal wave of threes, 22 to be exact, in routing the defending champion Milwaukee Bocks 109-81 to advance to the Eastern Conference semifinals. Grant Williams, a reserve for most of the season who’s starting in place of the injured Robert Williams, led all scorers with 27 points, including making seven three-pointers.

Boston, the No. 2 seed in the Eastern Conference, will take on the top-seed Miami Heat in the conference finals starting on Tuesday in Miami.

*Editor’s note: Above the byline is the photo gallery from Wednesday evening’s Game 5, with all photos taken by ALOST photographer Jenny Rohl. After clicking on the first photo to enlarge the picture, make sure to press the left and right arrow buttons to scroll through the rest of the pictures. There are 26 pictures in total.