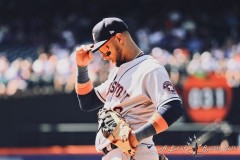 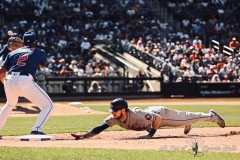 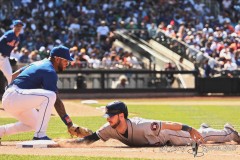 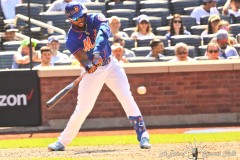 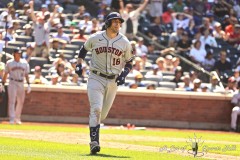 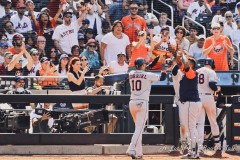 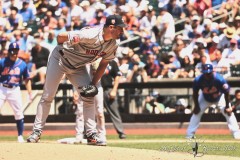 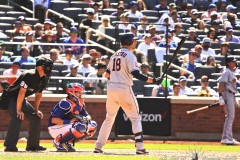 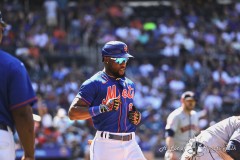 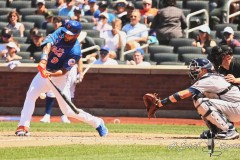 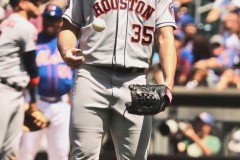 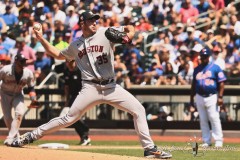 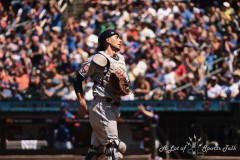 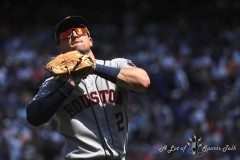 NEW YORK — Eight full innings had passed and the Houston Astros hardly allowed a baserunner, with the hard throwing of starting pitcher Justin Verlander stealing the show. The hard work of Verlander’s battery mate barely registers in the recounting of great pitching performances most times, but, on Wednesday, Jason Castro made sure his bat also sent seismic waves in another statement win in the Big Apple.

Castro’s two-run home run in the top of the ninth inning made Verlander’s gem a winning effort, lifting the Astros to a 2-0 victory over the New York Mets at Citi Field on Wednesday. Verlander and New York Mets starter Taijuan Walker matched zeroes throughout most of the game, though Verlander went eight full innings while allowing just two hits and a walk while keeping the Mets off the scoreboard.

Walker went 7.1 innings and allowed just four hits without surrendering a run, while closer Edwin Díaz came on with one out in the eighth to get out of a jam and keep the game deadlocked. With Díaz already used, the Astros were able to pounce on Díaz’s successor, Drew Smith, with Kyle Tucker leading off the ninth with a single to right. After a fielder’s choice that retired Tucker and a ground out, New York looked to be out of danger with Castro, batting .104 heading to his ninth-inning at-bat, coming to the plate. The unexpected then became a reality, as Castro turned around a Smith slider and lined a home run into the right field bleachers to give Houston its 2-0 advantage.

“It felt great for me, but I was pretty pumped for J.V.,” said Castro, who is now three home runs shy of 100 for his career. “We had a couple of opportunities there to try to get some runs across. Taijuan threw a great game today and Díaz came in and did his thing. J.V. pitched so well today and really deserved that [win]. To be able to get a win like that for him was pretty big.”

Houston swept all four games in the season series with the Mets, with New York not able to grab the lead at any point in each of the four contests. The Astros’ six-game road trip to New York was almost perfect, going 4-2 against the Yankees and Mets — the teams possessing the best record in their respective leagues going into the road trip — while outscoring their opponents 25-11. One of the wins was Houston’s combined no-hitter on Saturday at Yankee Stadium, and its two losses came when it blew multiple-run leads in the ninth and eighth innings against the Yankees last Thursday and Sunday.

There was a scary moment in the game for Houston, however, as MVP candidate Yordan Alvarez and shortstop Jeremy Peña collided in the outfield while pursuing a pop-up off the bat of Dominic Smith to lead off the bottom of the eighth inning. Peña ended up making the catch, but he and Alvarez lay on the grass for a few minutes after the collision, with Alvarez appearing motionless while lying on his side for a couple of minutes. Both eventually got to their feet, though both left the game to be evaluated for a concussion — with Alvarez leaving the game while sitting upright on the back of a stretcher that came onto the field.

*Editor’s note: Above the byline is the photo gallery from Wednesday afternoon’s contest, with photos taken by ALOST photographer Chris Simon. After clicking on the first photo to enlarge the picture, make sure to press the left and right arrow buttons to scroll through the rest of the pictures. There are 14 pictures in total.